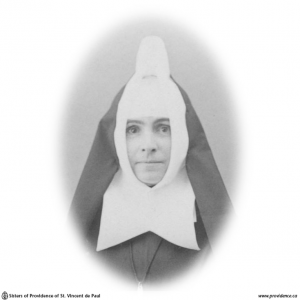 Sister entered when the Community was in its infancy. She served at various times in offices of responsibility and was appreciated for her executive ability on the General Council and as a local Superior. These positions she held for a number of years on different occasions. Teaching, however, was her great vocation.

Many years of her religious life were spent in the separate schools of Kingston, Perth, Prescott and Holyoke, Mass., where hundreds of pupils came under her influence.

She was a Sister of high principles, who walked the straight and narrow path through life always true to her first ideals of religious observance. Sister was the senior member of the Community for a number of years before her death.

Sister had spent sixty-six years in religion. May her soul rest in peace!