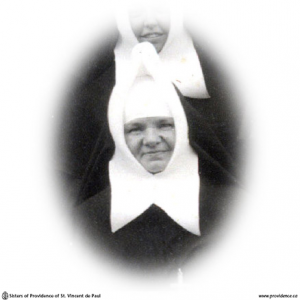 For many years Sister was attached to the nursing staff of St. Vincent de Paul Hospital. She gave generously of her time and talents to her work, and was considered very capable and efficient.

She was, at one time, a member of the General Council in the capacity of First Assistant. Later she became Local Superior at Maryvale Abbey, Glen Nevis.

Although in failing health for some months, her death came rather unexpectedly. Sister was highly regarded by her patients and others and will long be remembered for her charity and kind offices in behalf of the sick.