Sister Mary Francis of Assisi was born in 1899 and died at age 87 in 1986. As a Sister of Providence she taught in Kingston, Lancaster, Smiths Falls, Perth, Arnprior, Tweed, and Gananoque. She retired in 1968 as Principal and teacher at St. John’s School in Gananoque.

We learn from her necrology that:

When Sister Mary Francis of Assisi retired after forty-nine years of teaching, William Davis, then Minister of Education and later Premier of Ontario, wrote to her:

“It must be a source of great satisfaction to you to realize the Christian initiative and knowledge you have imparted to so many pupils over so many years.  You have made a significant and lasting contribution to the development of elementary education in Ontario.”

The Minister was right. In her retirement days, Sister Mary Francis of Assisi often recalled with just pride the successes of her years in the classroom.  It was a career she had chosen for herself before she entered the Sisters of Providence.  She began teaching in 1918 and, except for her canonical year of novitiate, she taught every year through to June, 1968. 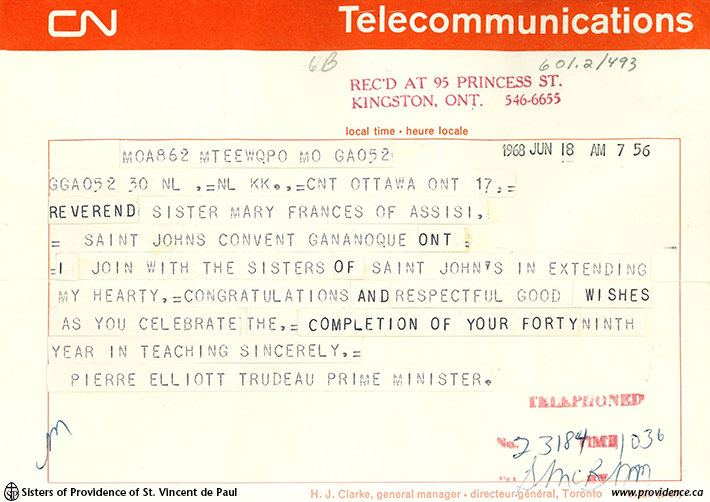 Telegram from Prime Minister Pierre Elliot Trudeau congratulating Sister Mary Francis of Assisi on her retirement from 49 years of teaching. 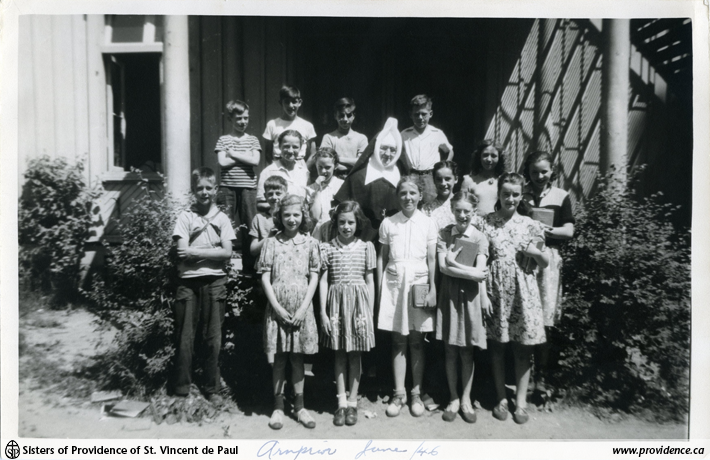