A Change of Headdress 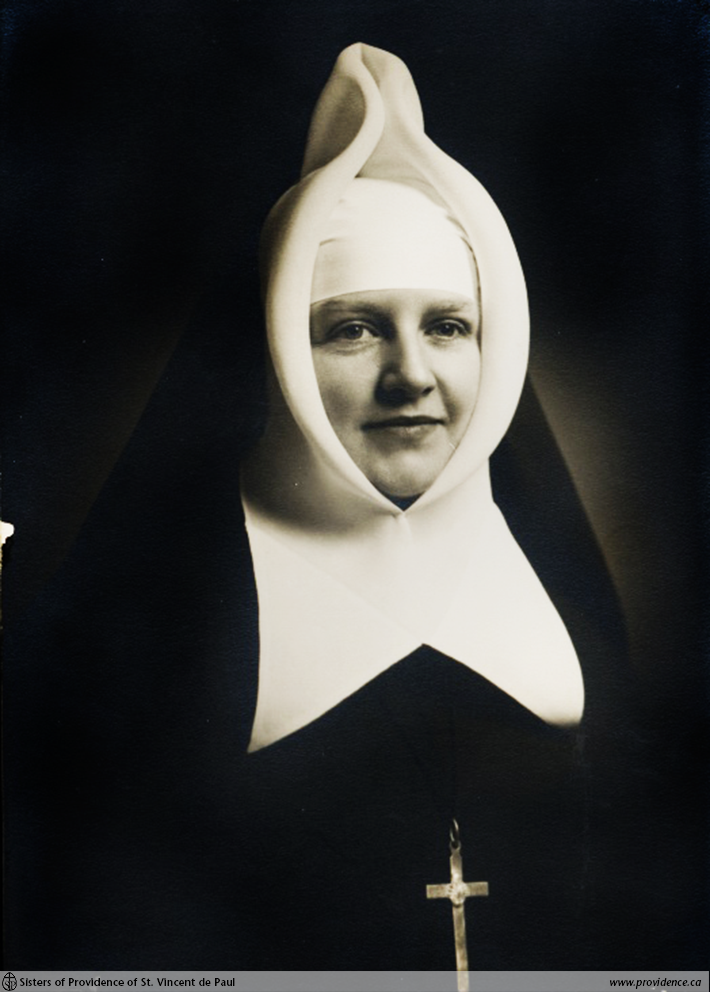 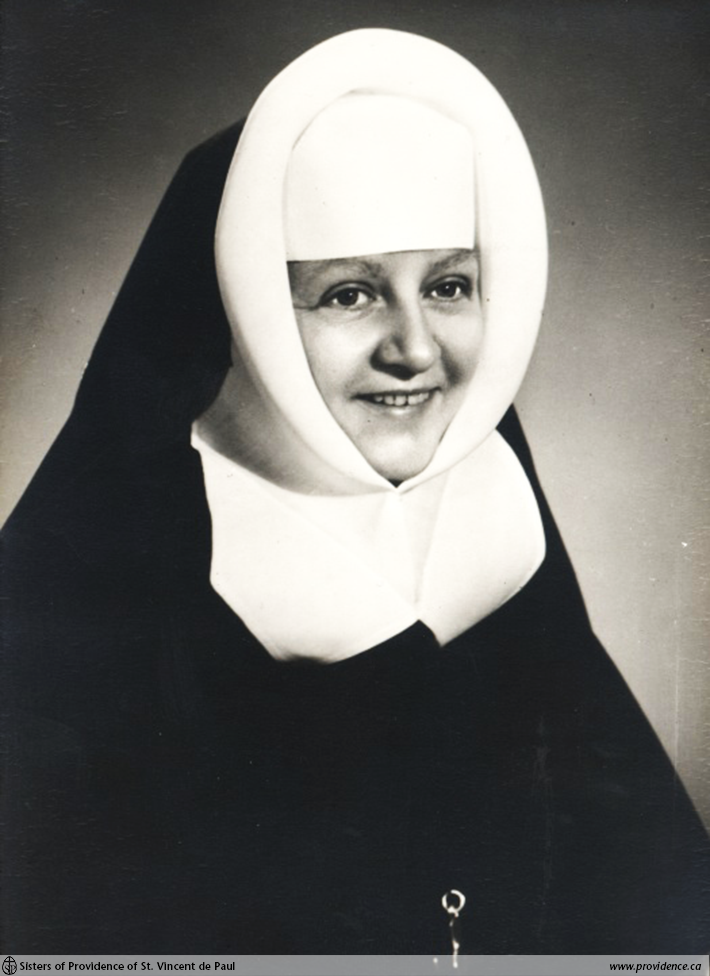 Sr. M. Melanie Coligan in the “Peak” and the “Round” headdress.

Excerpt from Congregational Annals of the Sisters of Providence of St. Vincent de Paul

April 15, 1954 – Holy Thursday. At last the day appointed for changing our headdress has arrived. During the afternoon one Sister after another appeared in the new headdress. The “peak” of former days is no longer in evidence, the points have more of a collar effect in front and the band (made) to go with the garniture is starched. The effect is very good, most becoming and suitable. While some are glad and others sad, mostly all favour the change. It will take a little time to get re-adjusted and become familiar with the new way of making up band and garniture.

Easter Sunday – Much comment on the new headdress. All we’ve heard were complimentary remarks from the Sisters who were at the cathedral. Among those they met were His Grace, clergy and members of the choir and congregation. 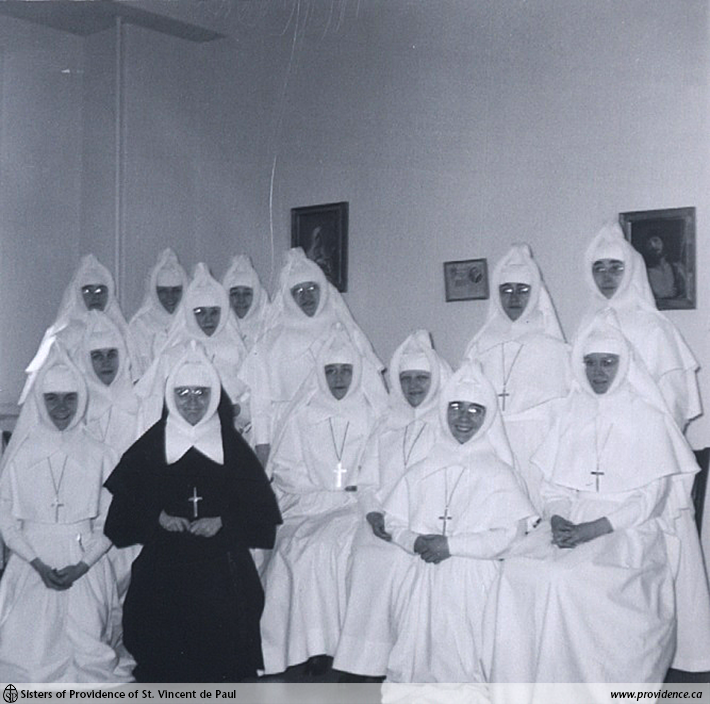 The Sisters of St. Mary’s Hospital Montreal decided to mark the historic occasion by taking two photographs on April 15, 1954, one of the old headdress and one of the new. 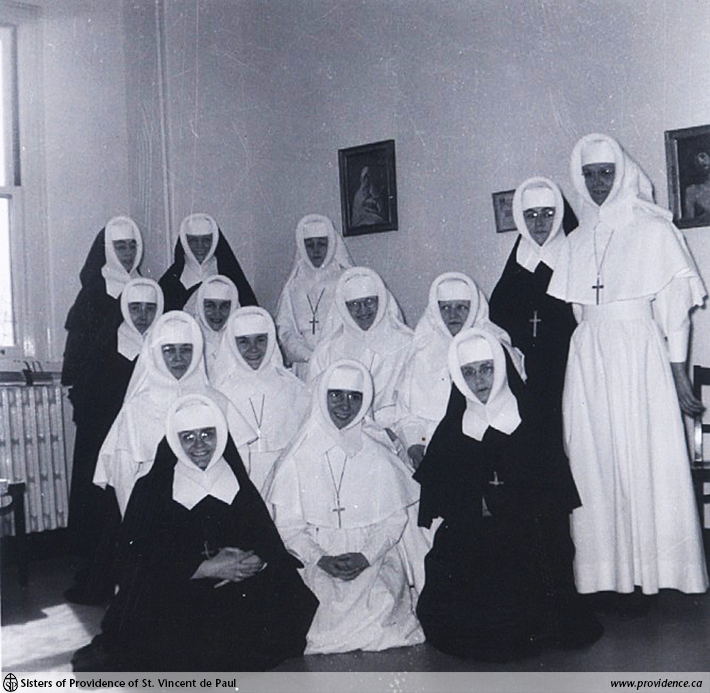