A Game of Hide and Seek 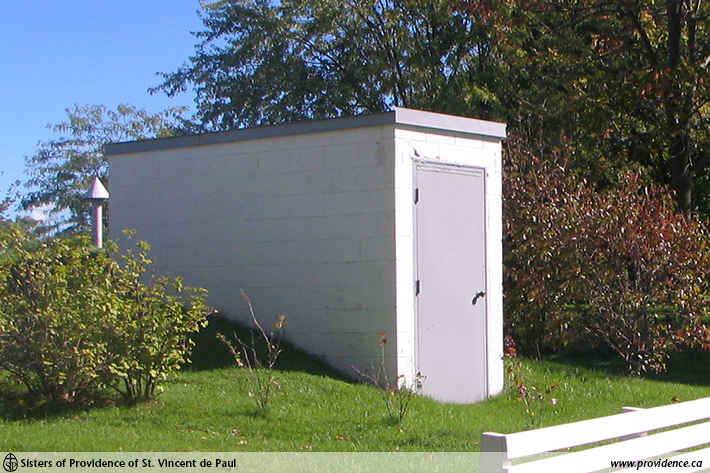 Here is a funny story from the Congregational Annals of the Sisters of Providence:

November 5th, 1970 – An amusing incident occurred this afternoon. A lady from an apartment house which borders on our property telephoned that she saw some boys carrying a bag enter one of our out-buildings. Sr. M. Roberta became very excited, picturing marijuana smokers or glue-sniffers, and called Peter, our efficient maintenance man to hurry over and search the buildings. Then picking up the first ones she encountered, who happened to be Sisters Margaret McDonald and M. Electa, she followed the men across the grounds, calling at the same time to Peter “Hold them”. Peter, meanwhile, had summoned Roger, one of the boys who works in the kitchen and the two were hopeful of rounding up the culprits, or marauders, or criminals, or what-have-you. As the three Sisters rounded the corner of the barn, they met Peter emerging from the root-house where vegetables are stored, pulling by the sleeve a scared-looking boy of twelve with another youngster armed with a flashlight, in the wake. Sr. M. Roberta put on her sternest look and demanded to know what they were doing on our property. One boy replied “Just playing around”. Then on being asked why he went into the root house, he was silent, and his accomplice interjected “He was looking for me.” A game of hide-and-seek! Sr. M. Electa took from her pocket a small pad and wrote down the boys’ names and the school they attended, and wondered if the police should be informed, or the principal of the school. Sr. Margaret, who looked with compassion on the pair, remarked in her soft voice that they appeared to be honest boys, and suggested that we take no action for the present and admonished the youngsters to avoid trespassing on people’s property.

When they left we learned that some apples were stored in the root house and the boys had been seen before (by the lady in the apartment) coming out carrying the forbidden fruit. That explains the bag they brought today. It must still be in the root cellar. The boys may come back to retrieve it, if not to fill it.