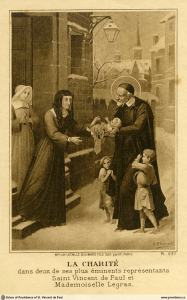 March 15 is Saint Louise de Marillac’s feast day! Louise de Marillac was born on August 12, 1591, near Meux in France. In 1613, at the behest of her family, she married Antony LeGras, the secretary to the Queen Mother, Marie de Medici. Vincent de Paul became her spiritual guide and when her husband died in 1625 she devoted herself to charitable works.

Although we do not know the publication date of this prayer card, there are a few clues which allow us to surmise that it was probably published before Louise de Marillac was beatified in 1920 — and definitely before she was canonized in 1934. 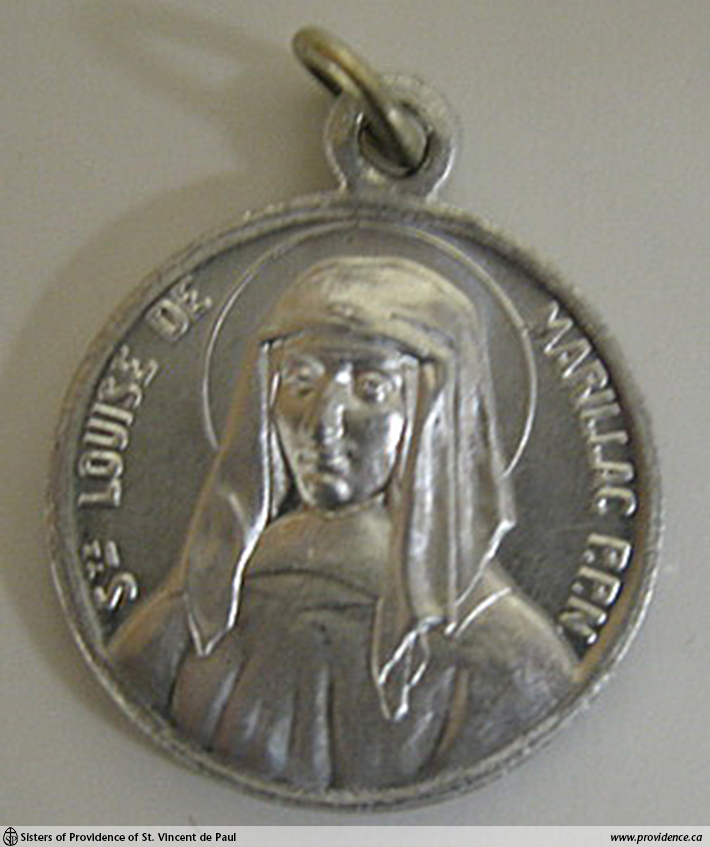 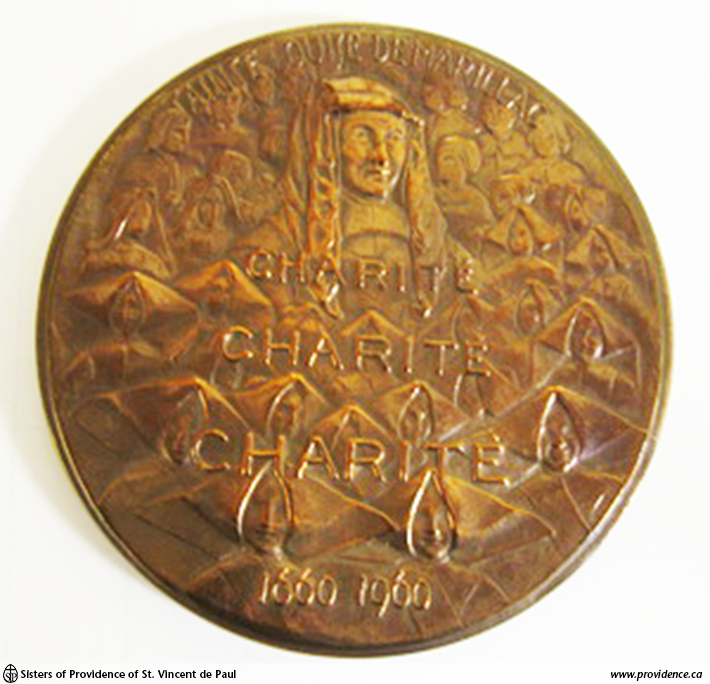 On the left is a religious medal of St. Louise. On the right is a medallion commemorating the 300th anniversary of the death of St. Louise de Marillac. The other side of the medallion is engraved with an image of St. Vincent de Paul.