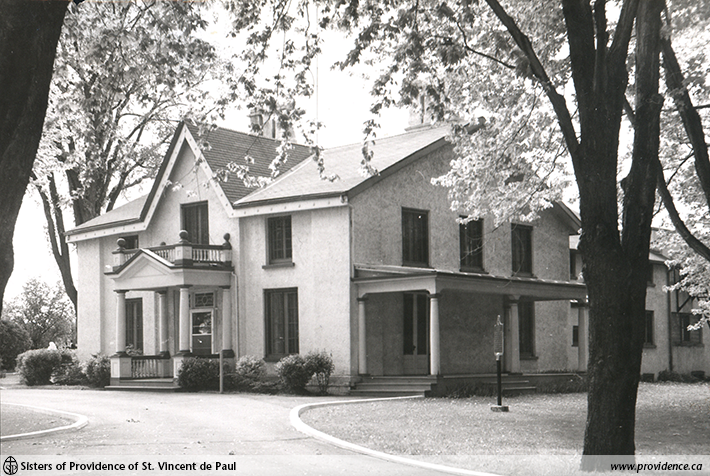 Heathfield Villa in the early 1960s.

In the late 1840s the property we know as Heathfield was compiled when three smaller parcels of land, one of them including a villa built in the 1830s, were purchased by Alex Forbes to create a 30 acre lot. The property was purchased by Charles Heath in 1852 and came to be known as Heathfield. In 1865 Charles Heath sold the property to Professor Williamson, the brother-in-law of Sir John A. MacDonald. Sir John A’s unmarried sister Louisa insisted she would live only in her brother’s home, so Sir John A. rented the house from his brother-in-law from 1865 to 1878 as a home for Louisa and his residence in Kingston. Sir John A.’s other sister Margaret and her husband, Professor Williamson, the legal owner of Heathfield, lived in their house as John A’s boarders.

In 1930 the Sisters of Providence purchased the villa and land as the future site of the Motherhouse and Novitiate. The villa served as the Novitiate from 1930 until 1932 while the Motherhouse was being built. The villa then became a residence for sisters who taught in Kingston. In 1941, St. Mary’s of the Lake Orphanage was requisitioned by the Department of National Defence as a military hospital and the orphanage moved permanently to Heathfield Villa. In 1964 the orphanage was closed and the villa was demolished in order to make room for a new wing of the Motherhouse. 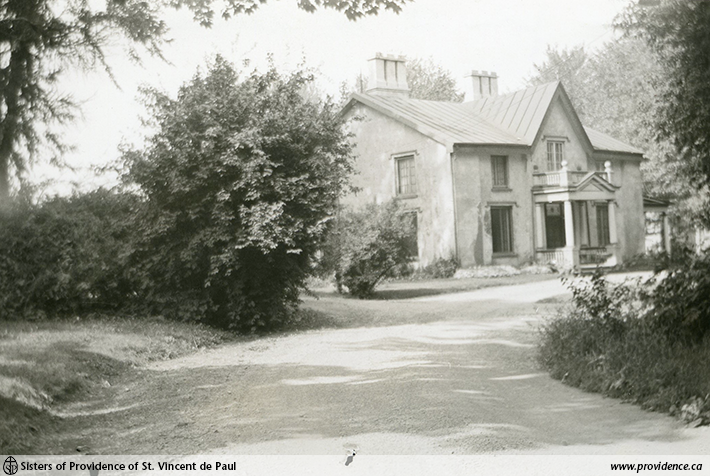 Heathfield Villa, from the driveway leading into the property.