This year November 11th marked the 100th anniversary of the end of World War I. The Congregational annals, which in 1918 cover life at the House of Providence in Kingston, and the annals of St. Mark’s Convent in Prescott record how the Sisters and the towns they were living in reacted to the declaration of peace.

This morning while the Meditation is being read about 5:30 a.m. the Joy Bells begin to ring. For a moment we hesitate and listen and finally we hear the news that the War is over. Peace has come. We cannot set ourselves to serious thinking but after reciting the “Te Deum”, take the remainder of the half hour in reciting vocal prayers of thanksgiving. A public Holiday in the city, we have recreation during the day and a little diversion in the evening, the Novices being invited.

The Annals of Prescott are particularly interesting as, in an age before instant communication, they record some confusion over when Peace was actually declared.

About half past twelve Nov. 7th a message was received in Prescott saying Peace was declared. Whistles blew and bells rang, the stores closed and crowds were seen on Main Street. A meeting in the town hall was called, and after the meeting they heard the report was unofficial. Sr. M. Ursula arrived from Morrisburg in the midst of this celebration – 2 pm.

Peace Nov. 11th 1918 – Shortly after three o’clock Monday morning, whistles blew and bells rang in Ogdensburg and soon after in Prescott announcing that ‘Peace’ was declared. Brockville had a great celebration on Monday and Prescott on Tuesday. There was a parade at 7:30 pm in which the children took part. Ladies marched in the middle of the street and a motor car was laden with those dressed as clowns. 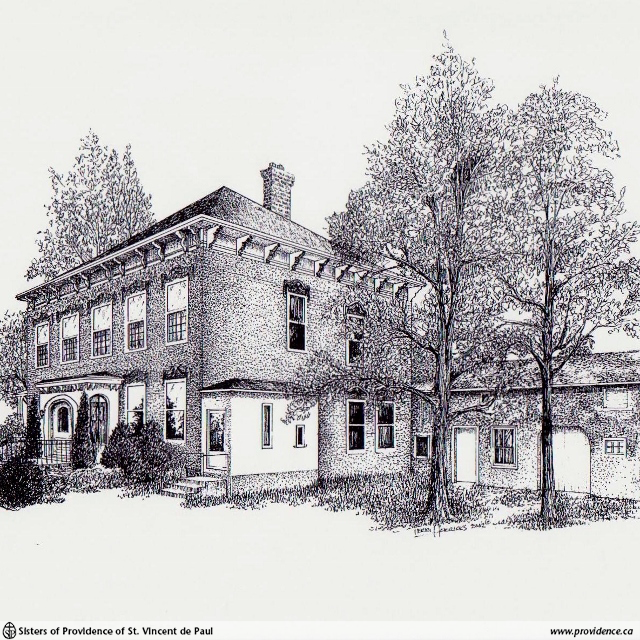