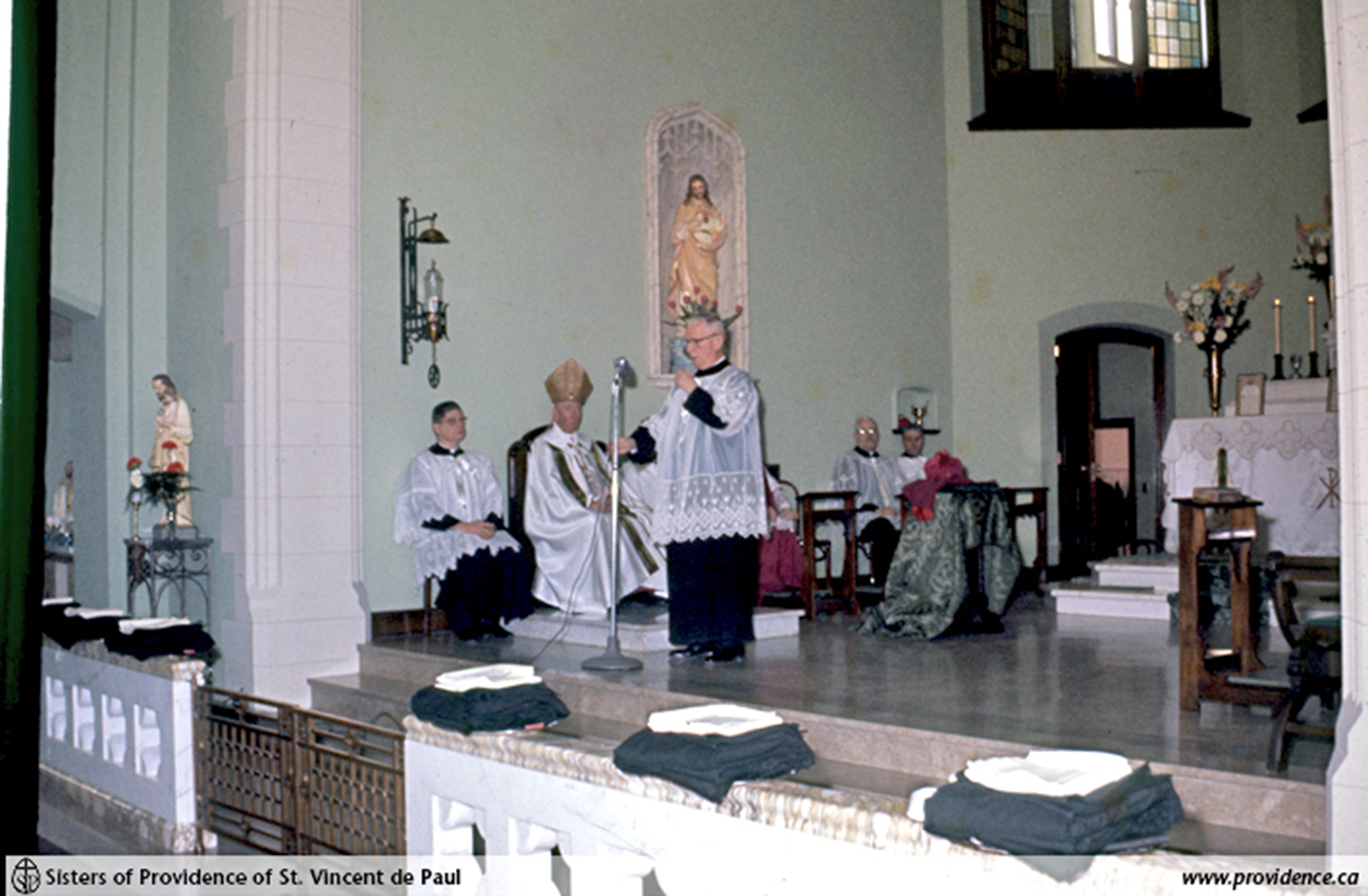 In the history of the Sisters of Providence there have been many profession days in March when Postulants received the habit, Novices made first profession, and Junior Professed Sisters made final profession. These were often grand occasions.

Here is a description from the Congregational Annals of profession day, March 19th, 1963. We are fortunate to have several slides from profession days in the early 1960s in the Archives, a few of which are reproduced here:

Rev. Fr. Kaufmann, whose sister received the Holy Habit, offered the 11 o’clock Mass before the ceremony of Reception and Profession which followed immediately. His grace presided, assisted by clergy from the Cathedral. There were for reception seven postulants, eleven for profession and seven for final vows. It was a great help to have the renewal of vows early the same morning. There was a large attendance of clergy, some forty priests were here for dinner. Relatives and friends without number came for the ceremony, including representation from the west, B.C. Alberta, Saskatchewan and Manitoba. Fr. Kaufmann of the Oblate order came from Kelowna B.C. 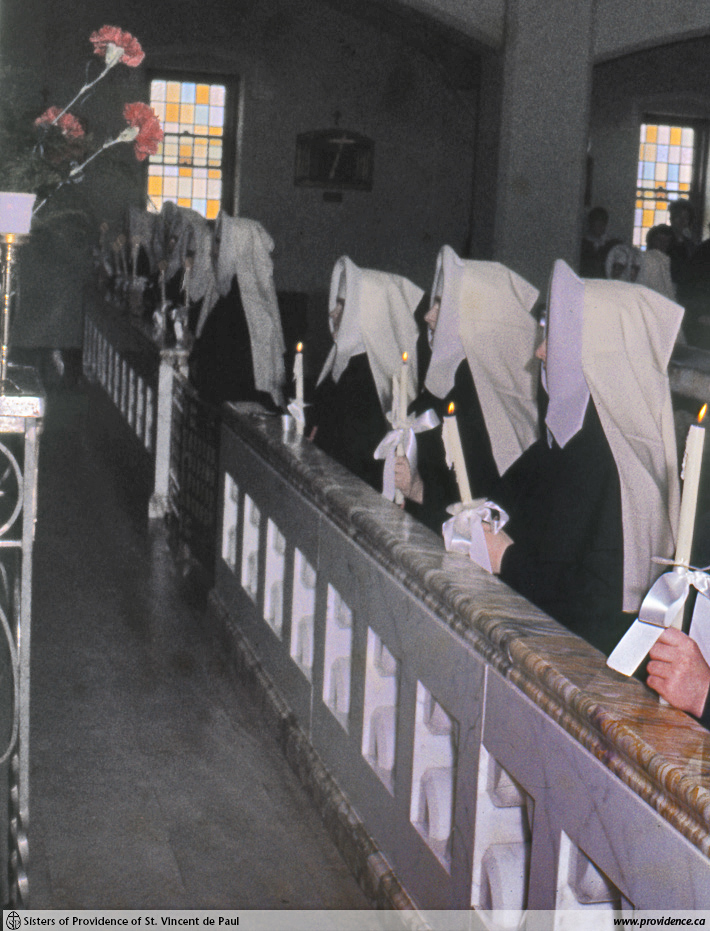 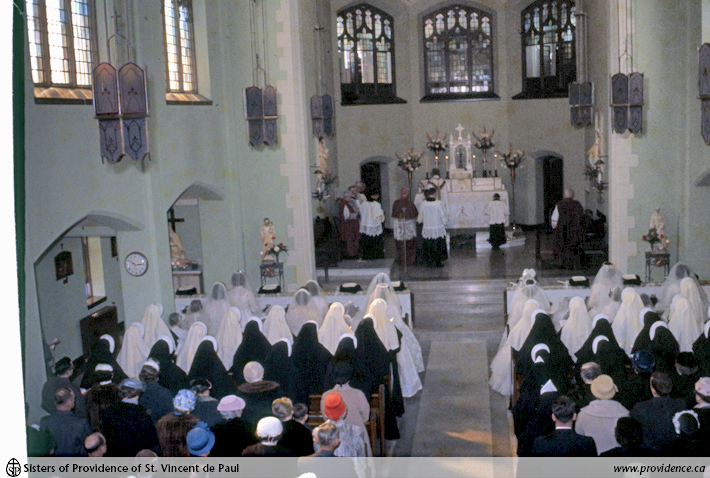