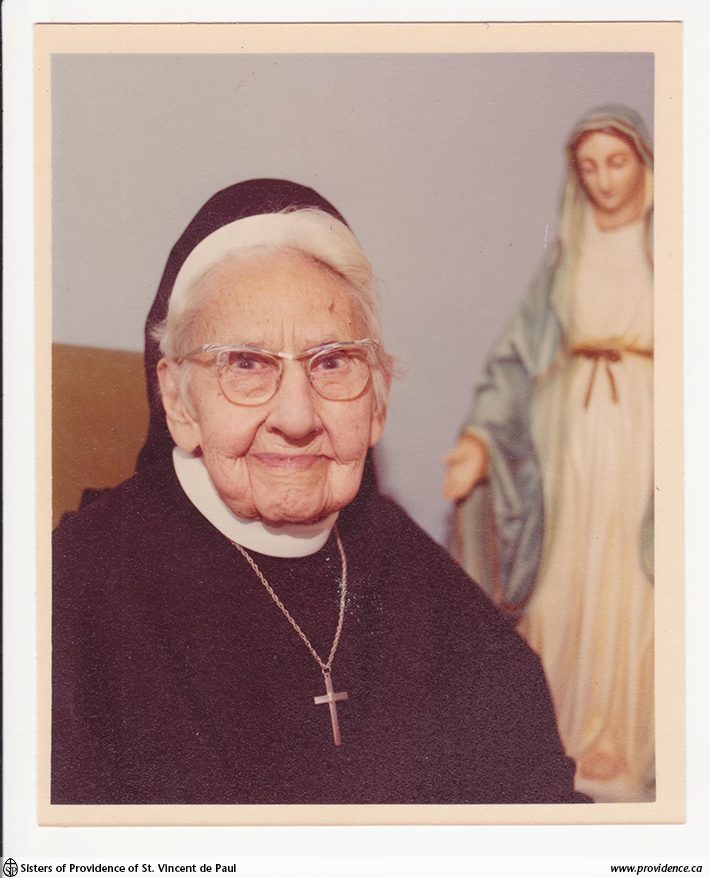 Sister Mary Raphael is noteworthy on several fronts. She was especially well known for her 42 years of service at Providence Hospital in Moose Jaw and was much beloved by the people of Moose Jaw. She was also the first Sister of Providence of St. Vincent de Paul to reach the age of 100. Sister Mary Raphael was born in 1877 and died at the ripe old age of 102 in 1979. And she is the only Sister of Providence who almost had a lake named after her!

Fifteen years later Sister Kay Morrell, Secretary General at the time, contacted the Minister of Natural resources of Saskatchewan to see if a Lake was ever named after Sister Mary Raphael. It turns out that the recommendation was never pursued at Sister Mary Raphael’s “specific request. Apparently, she felt that as a member of a holy order she should not seek this type of public recognition”. 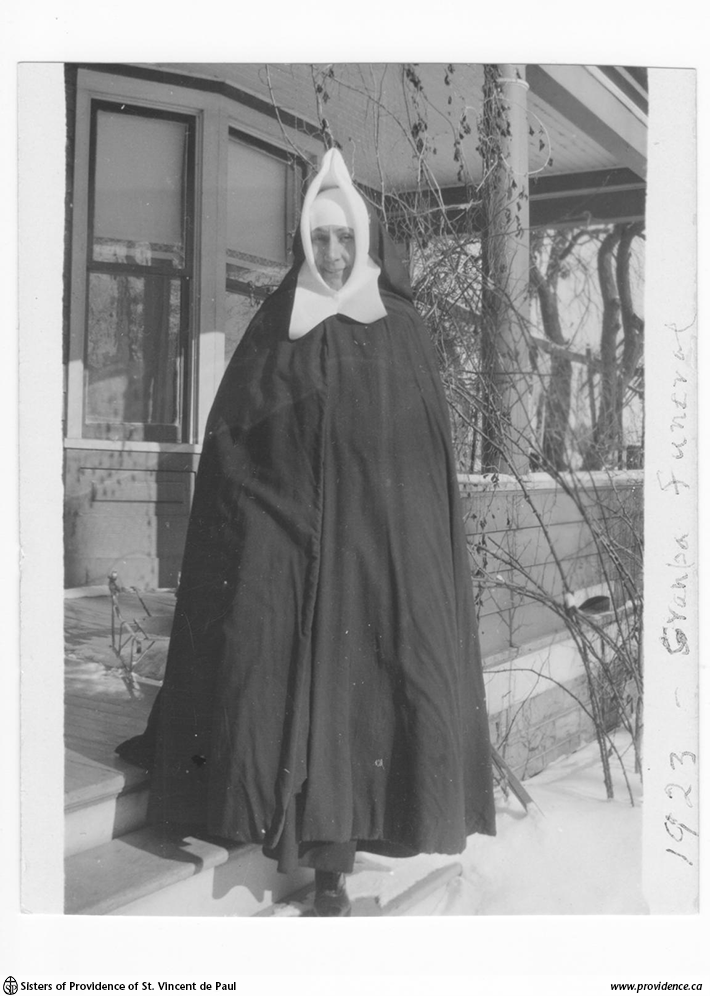