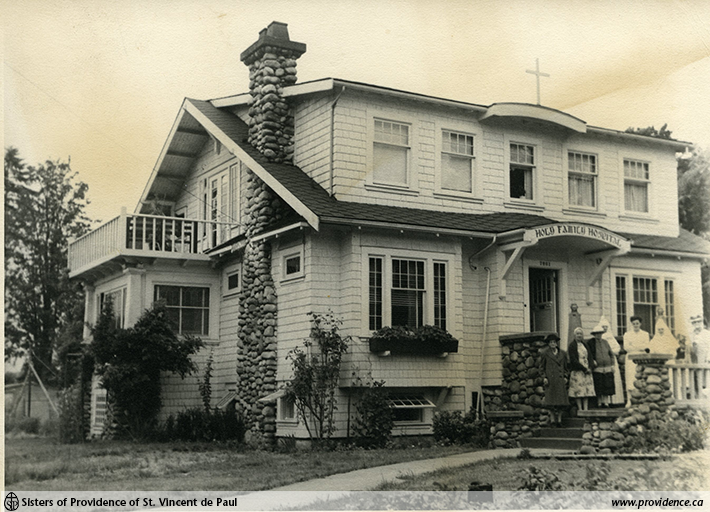 The original Holy Family Hospital, later known as Marian Villa. This house served as the hospital from 1947 to 1954.

The Sisters of Providence opened Holy Family Hospital for the chronically ill in 1947 in an old house in the Fraserview area of Vancouver, British Columbia. The house later known as Marian Villa served as the hospital and convent for 7 years, before a purpose-built hospital opened in March 1954. Marian Villa served as the Sisters’ home in Vancouver form 1947 to 2005. The Hospital expanded again in 1976 with a large addition that expanded the number of rehabilitation beds and tripled the number of extended care beds. The Sisters of Providence transferred sponsorship of the hospital in March 2000. The Hospital is now sponsored by Providence Health Care and Holy Family Hospital is celebrating its 75th anniversary this year. 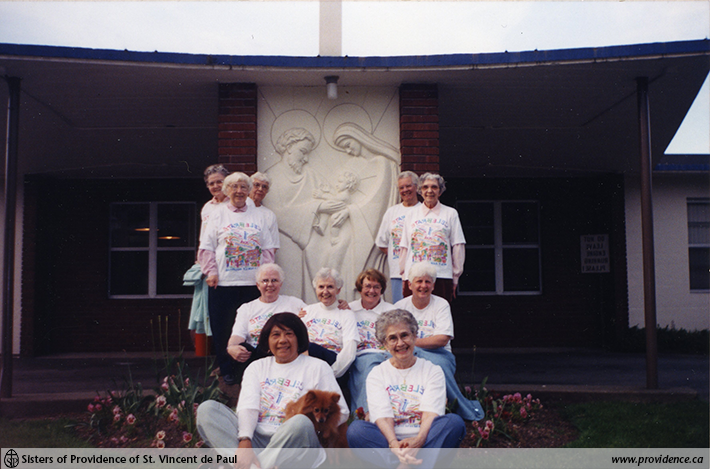 1997 marked the 50th anniversary of Holy Family Hospital in Vancouver, British Colombia. The Sisters of Providence still ran the hospital at that time and numerous Sisters participated in the anniversary celebrations including those who lived in Marian Villa and worked at the hospital in 1997: Sr. Jean Edey, Sr. Inez Donovan, and Sr. Mary John Downey who all worked in the Pastoral Care Department, Sr. Giovanni Burrowes, Mission Coordinator, and Sr. Susan Pye who was Director of Pastoral Care. Several Sisters came to Vancouver especially for the celebrations including Sr. Martha Diethelm who had been the Business Manager at the hospital from 1967 to 1981; Sr. Patricia Kelly who was Director of Nursing from 1965 to 1972 and Director of Pastoral Care from 1989-1993; Sr. Muriel Gallagher, President of the Providence Health System, Sr. Sheila Brady, General Councilor; Sr. Joan Whittingham, General Superior; and Sr. Rose Bekar, who was one of the original Sisters who helped found the hospital in 1947 and worked there until 1953. 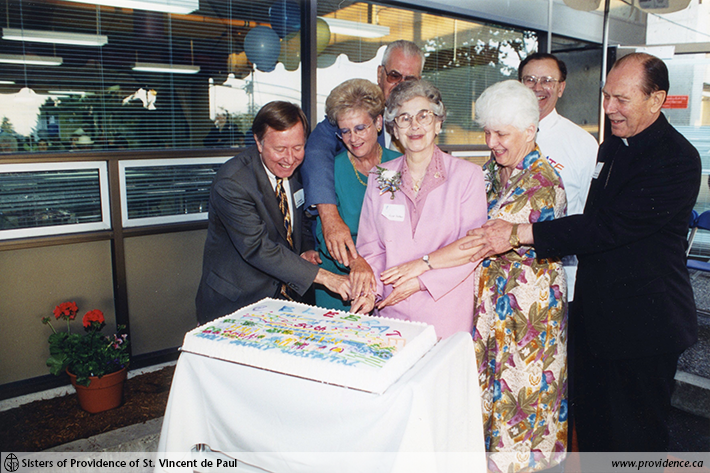 Sr. Rose Bekar, Sr. Joan Whittingham and other dignitaries cutting the cake at the 50th Anniversary celebrations of Holy Family Hospital on May 22, 1997.