St. Michael’s Band, a rhythm band, was formed in 1934 in Belleville by Sister Mary Mercedes. The students were originally recruited from Grade 1 at St. Michael’s Academy and many of the same children stayed in the band into their high school years. The band played for the King George V and Queen Elizabeth (who we know as the Queen mother) outside St. Mary’s Cathedral during the royal visit to Kingston in 1939. The band also participated in and won awards at the prestigious annual Waterloo Music festival. Here are two photos of the band approximately 10 years apart. 11 members of the band are in both photos. 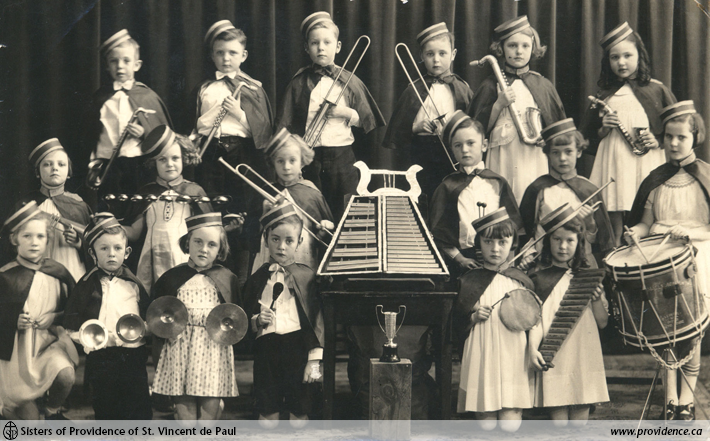 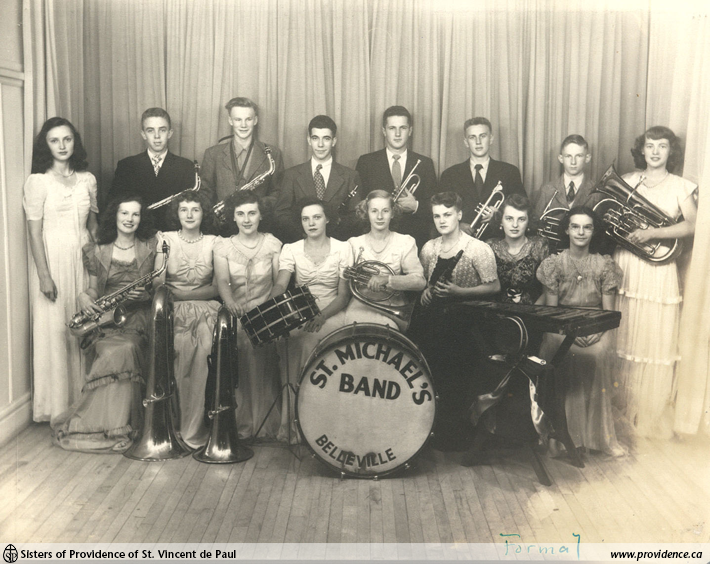