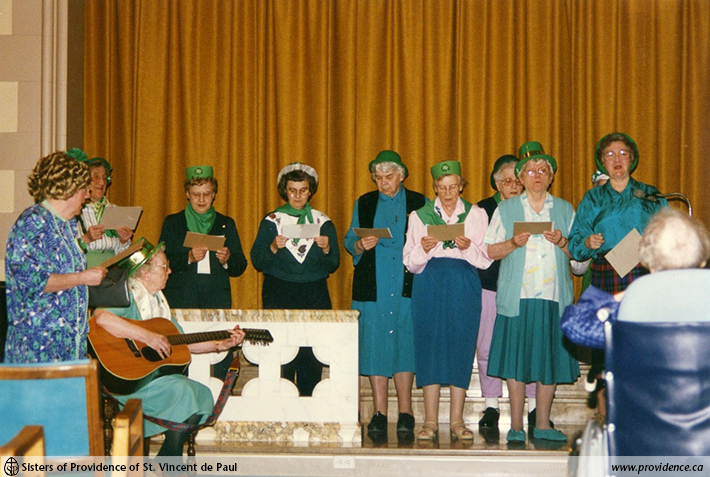 From the Congregational Annals of the Sisters of Providence of St. Vincent de Paul:

March 17, 1916 – St. Patrick’s Day. Masses as usual. Singing. High Mass at the Cathedral, Rev. Hyland preaches on the Saint of the day. We have recreation in the refectory. No fast by order of the Pope.

March 17, 1968 – A quiet, but pleasant celebration of St. Patrick’s Day. The Retreat Master had Sisters make shamrocks of green paper and he took them to the infirmary and pinned one on each Sister.

March 3, 1972 – This evening we observed the feast of the Sisters whose patrons are commemorated in February and March. The entertainment from 7 – 9 p.m. in the auditorium took the form of a St. Patrick’s Day concert, under the direction of Sr. Mary Polycarp who acted as M.C. It gave exhibition of Irish dancing, singing, piano music and a brief humorous skit.

March 17, 1972 – St. Patrick’s Day was observed joyfully. Irish music was piped throughout the house and in the evening many of us watched the Irish Rovers on TV.

March 17, 1976 – St. Patrick’s Day was celebrated joyously. Sr. Mary Alphonsus had plenty of green lads and lassies around and a real leprechaun which Sr. Mary Faustina had brought from Eire. Mass was offered for Sisters observing feast days in March. 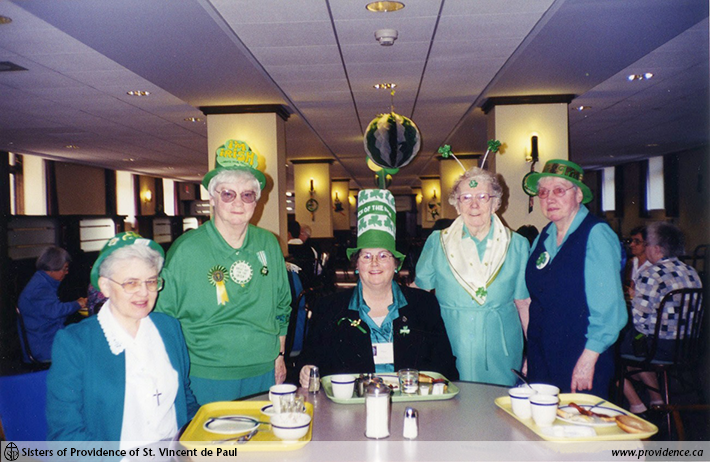