St. Vincent de Paul Hospital Brockville was opened in 1887 and five years later, in 1892, the hospital had outgrown its Schofield Hill location and the hospital moved to a former convent at 42 Garden Street. Over time several additions were built in 1896, 1912, 1924, and 1948. In 1958 a new four storey wing was added and in 1968, the old wings were demolished and replaced with a four-storey addition, which included new operating room facilities, an intensive care and cardiac unit, and service areas. The 1958 and 1968 sections of the building served as the hospital until they were demolished in 2021.

It was standard practice to lay a cornerstone with the date of construction engraved on it when building a new wing or building. When the cornerstones were laid at St. Vincent de Paul Hospital in the 1958 and 1968 additions, a time capsule was placed in the cavity in each cornerstone, another common practice at the time. These time capsules were discovered when the building was demolished this year. The containers for the time capsules were cylindrical metal canisters. Unfortunately the lid of the 1958 capsule had corroded so much, creating a hole which let moisture in and the newspapers and photographs suffered water damage.

Here are some items from the time capsules: 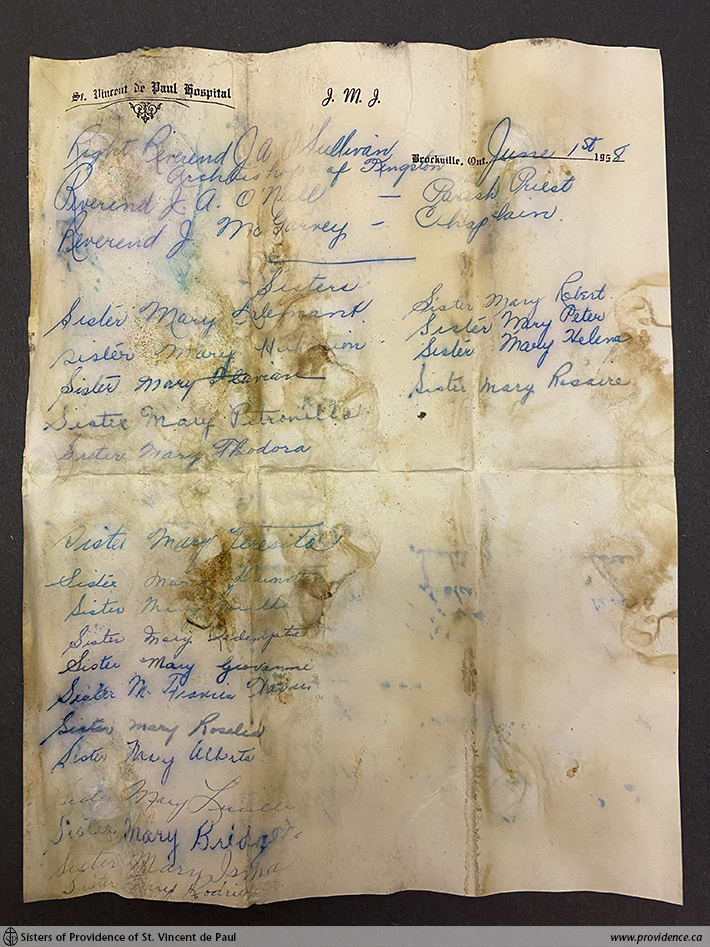 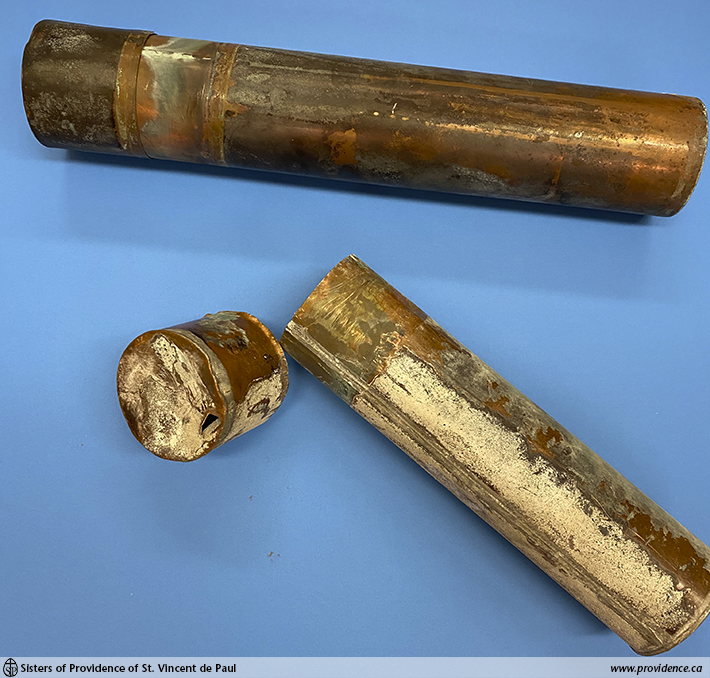 Canisters
The canisters that held the time capsule contents for 63 years and 54 years respectively. Notice the hole in the lid of the bottom one. 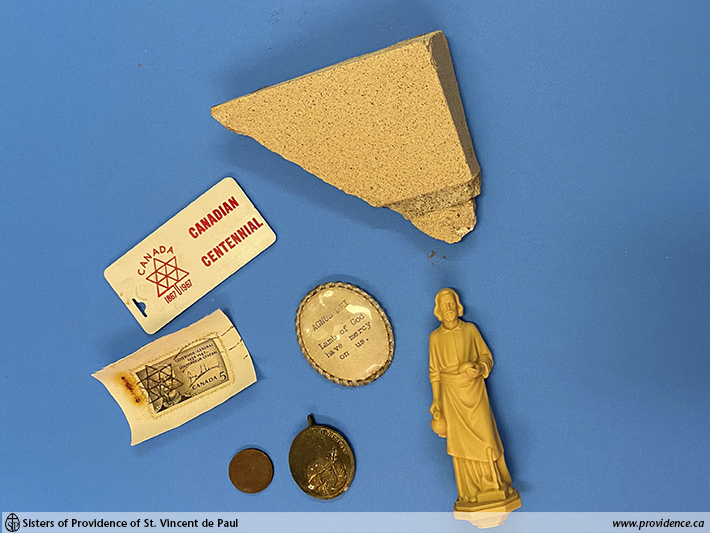 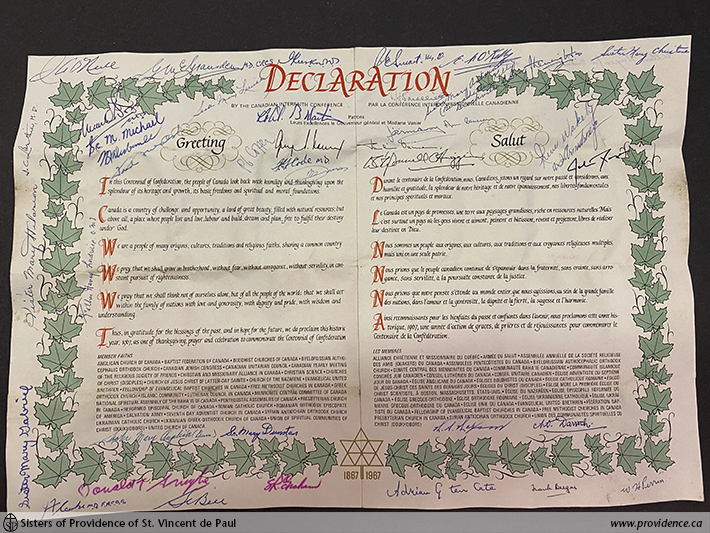 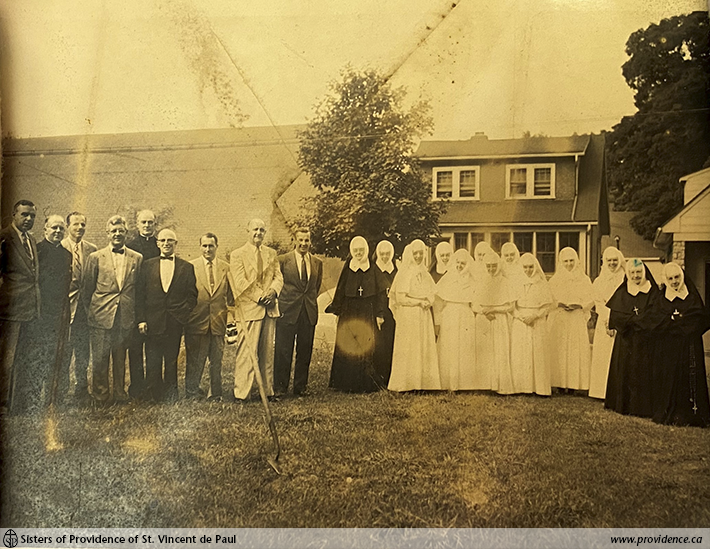 Photograph of Sod turning for 1958 wing
We did not already have this photograph in the archives, so although it is not in the best shape it is great to have it in the archives.