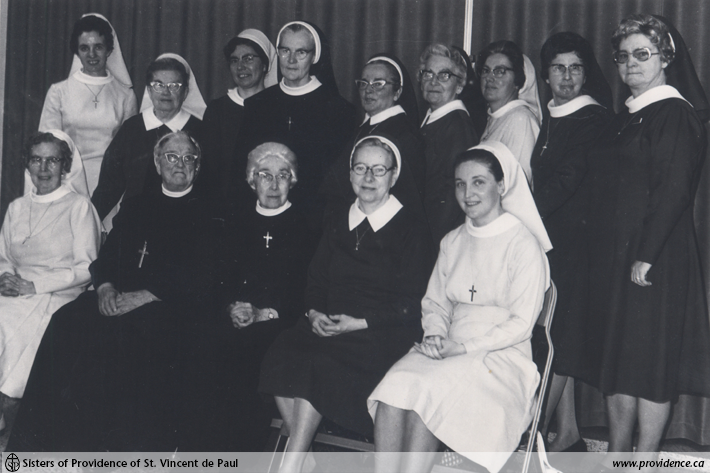 Farewell for Sisters in Batawa in June 1975.

Batawa was established as a factory town by the Bata Shoe Company in 1939. Initially the children of Batawa attended public school in nearby Frankford. Father Dostol, s.j., the parish priest, wanted to set up a Catholic school in Batawa and in 1946 he asked for two Sisters of Providence to staff the school. Sister Mary Dorothea, Superior and Sister Mary Constance were sent to teach while Sister Mary Polycarp was to give music lessons to paying students.

For the first month the Sisters lived at St. Peter’s convent in Trenton and Father Dostol picked them up at 7am each morning to drive them to Batawa. This proved to be a bit dangerous as one snowy morning the car ended up on the Trent River. Luckily no one was hurt! The Sisters moved into the rectory in Batawa in October when Father Dostol moved to the basement of the church. They lived in the rectory until 1950 when Sacred Heart convent was built.

The Catholic school began in Sacred Heart Hall with two classrooms in 1946. Over the years it was staffed by a number of Sisters. The enrollment of the school grew slowly. The parish priest hoped that by having the Sisters there, the Catholic parents would be encouraged to move their children from the public school in Frankford to the parish school. A two-room school was built in 1951. It was opened in 1952 but was not big enough to accommodate the primary grades which remained in the church basement until 1959. An addition was made to the school in 1968.

The Sisters withdrew from Batawa in 1975. Thirty one Sisters served the community of Batawa over the course of twenty-nine years. 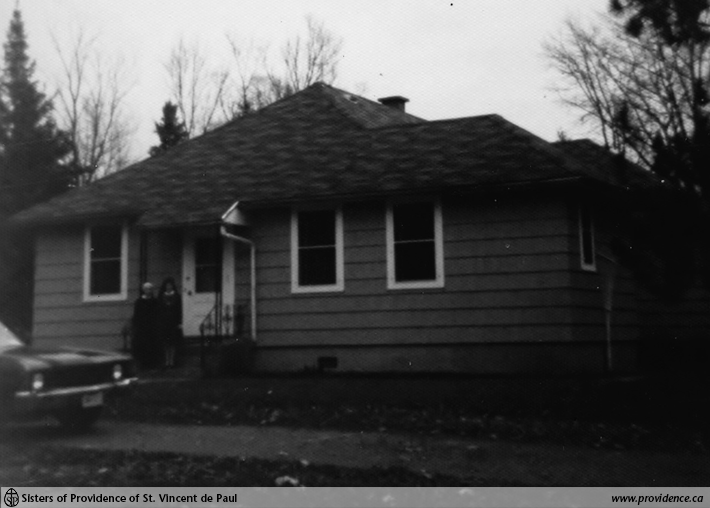 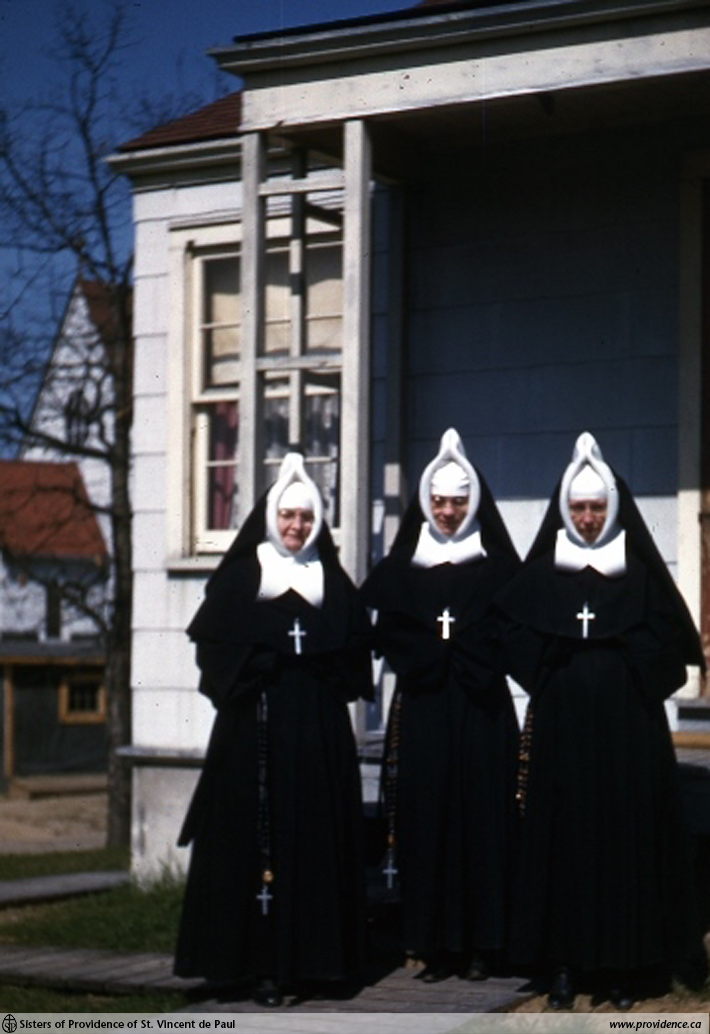