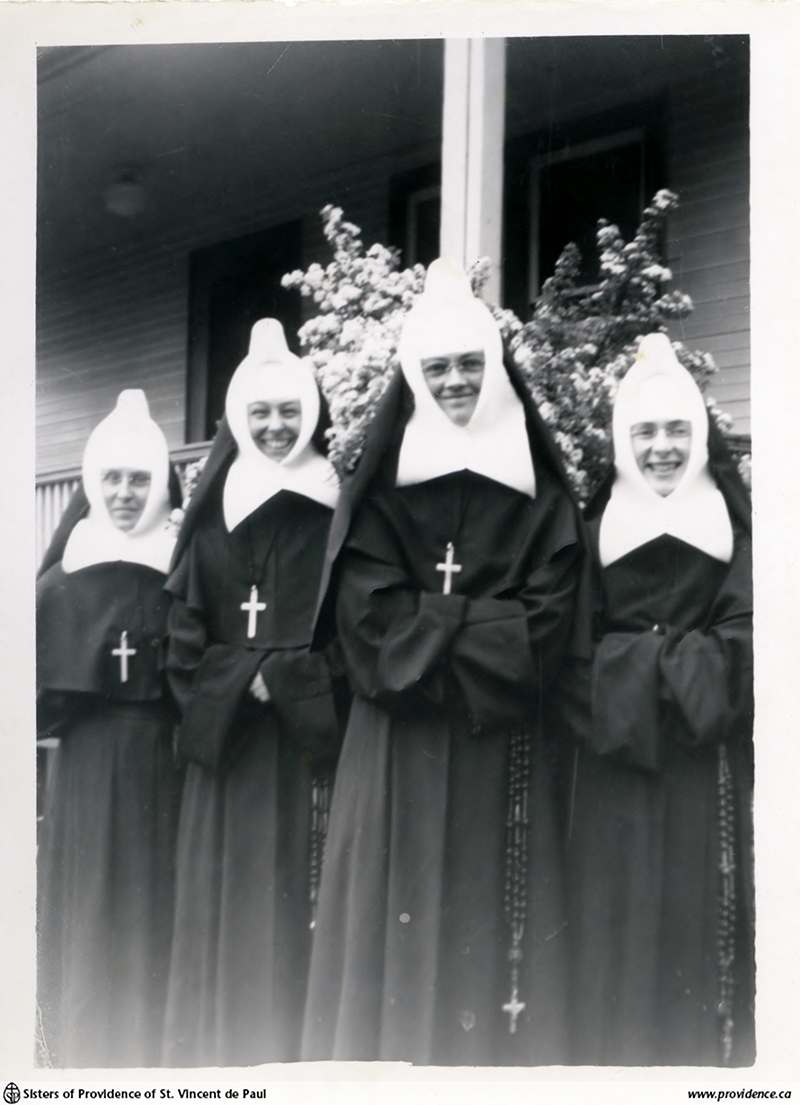 In 1937 the community made its first foundation in the archdiocese of Toronto. Father Francis McGoey, a man interested in social justice, had established a small parish at King in York Township, about 25 miles north of Toronto, with the hope of enabling families suffering from the economic depression to recover by their own efforts.

Father asked for Sisters to take charge of the small school he had built and to do social work. On Sept. 15, the feast of our Mother of Sorrows, Sr. Mary Laura Otterson, as superior and principal, with Sr. Mary Ignatius Masterson as assistant teacher, Sr. Mary Jane Prior, music teacher and Sr. Mary Catherine Dooley, nurse, opened a tiny convent dedicated to the Sacred Heart.

My first visit to the convent and school was in 1941 or 42 when I was stationed in Newmarket which had just been opened in 1941. Both Sr. Mary Laura’s and Sr. Mary Ignatius’ classrooms were in a basement for nothing had yet been built above ground. They were the poorest classrooms I had ever seen, yet, in spite of the poverty and lack of light, both teachers were as happy if they had all the latest conveniences. This acceptance of the situation really touched me.

In 1952 I was named for King. By that time an elementary school had been built and a one-room building on the opposite side of the convent served as a classroom for grades 9 and 10. It was bright and airy and furnished with the essentials. The convent, however, left much to be desired. As men with little or no experience beforehand, had built it, there was no such thing as wall corners of 90 degree angle. Except for a door on the bathroom upstairs, old drapes covered the entrances to the three bedrooms. Yet, we slept as well or better in these rooms as we had in our former missions.

We were living in the country, a few miles from King City, had no car, yet divine Providence looked after us well. Fr. McGoey came faithfully each Saturday morning, celebrated Mass, joined us for breakfast, then drove us to Aurora to pick up our provisions for the week.

[We had] an unexpected holiday when a bad winter storm caused a cut-off of electricity with the result that no school bus could bring children in. Our housekeeper, Sr. Margaret Mary, managed to boil water in the fireplace. We sat close to it enjoying a hot drink and the unusual holiday even though it wasn’t a particularly warm one. A short time before, the curate…conscious that we were very isolated, surprised and delighted us when he arrived unexpectedly with about fifteen excellent records. We had recently purchased a record player but had only two records until his gift came. These we enjoyed to the full when the electricity came on later that holiday.

During the whole time that our sisters were in King there was a willingness to accept reality, a deep spirit of faith and continual trust in divine Providence. The community ranged from the very poor in the beginning to a much more affluent society at the end. Yet in changing circumstances, these virtues were practised until the closing of the mission in 1973. 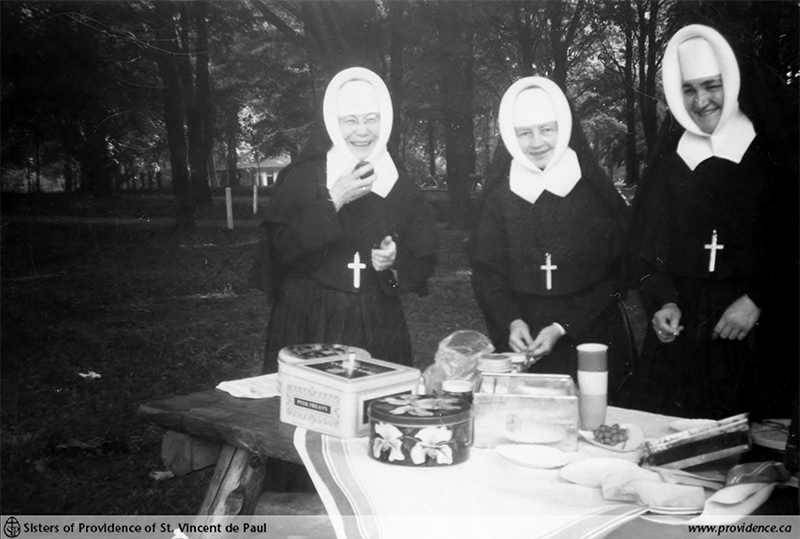 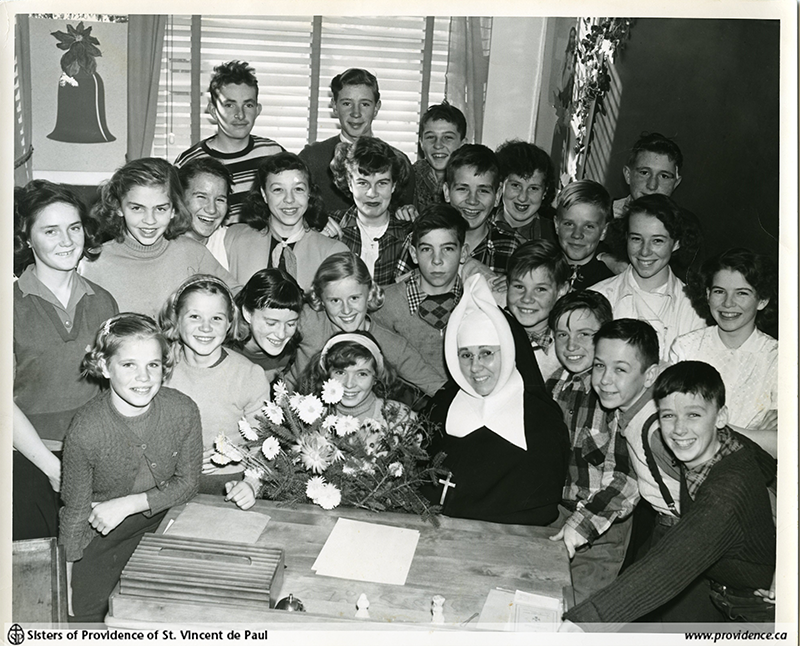