Those of us who live in cities, take for granted that our water is provided by the city and not by a private corporation. This was not always the case in Kingston. According to the Kingston Pumphouse Museum website, the Kingston Water Works was owned by a private corporation from 1849 to 1887 when it was purchased by the City of Kingston. In 1889 the City replaced half of the pipes in Kingston with larger pipes and perhaps that was the cause of some problems at the House of Providence. The water troubles are recorded in the Congregational Annals:

“From the foundation of our Institution [the House of Providence], a sufficient quantity of water could never be obtained and great inconvenience often ensued, but this year we rejoiced at the news that the company had sold the Water Works to the city and that large new supply pipes were put in all through the streets of the city.

Our gladness however was soon checked when we found that the power was so strong or so great that our pipes would not stand the pressure and in consequence our entire water service throughout the building had to be replaced by new, which cost the treasury.” 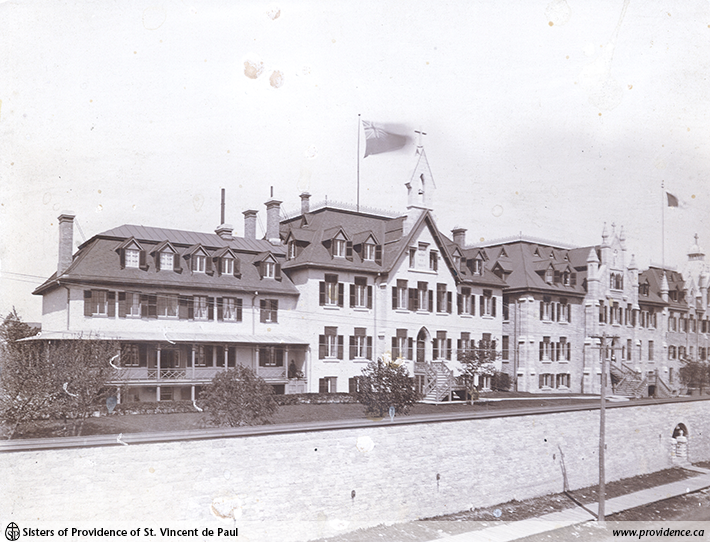 House of Providence, Kingston, Ontario, between 1894 and 1898. When the pipes had to be replaced in 1889, only the two sections of the building on the left existed. The two additions at the right end of the photo were built in 1892 and 1894 respectively.