Where angels did not fear to tread 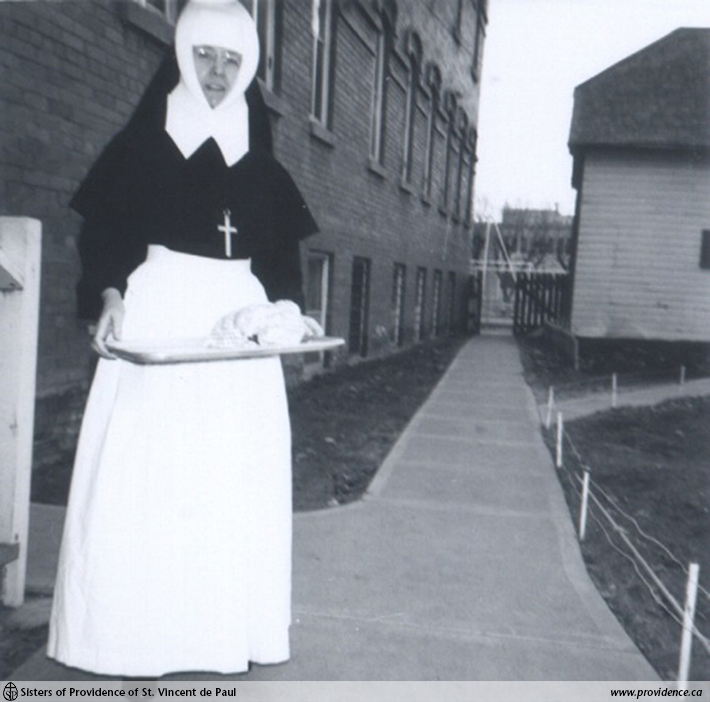 Sr. Mary Cosmas  (Sr. Verna Plue)  serving lunch to the “angels” at the back door of Rosary Hall, Edmonton in May, 1962

The Sisters of Providence ran Rosary Hall in Edmonton Alberta from 1915 to 2012. Rosary Hall was a hostel for immigrant women and girls coming to the city for study or employment until the early 1960s when the mandate of Rosary Hall shifted to serve the mentally handicapped and women suffering from mental illness.

In the early 1970s, Sr. Mary Faustina Mattimoe wrote a fascinating history of Rosary Hall that is full of great stories of the sisters and those they served. Sr. Mary Faustina lived at Rosary Hall for 34 years, and she lived in Edmonton for a total of 42 years, so she had lots of firsthand knowledge to draw on.

One of the stories she recounts in her 1973 book Memoirs of Rosary Hall, is how the needy came to be referred to as “angels.” In the late 1920s, “hungry, unemployed men came [to Rosary Hall] looking for food. The first one who came said his name was Gabriel, so Sister Mary Consillii named him ‘Angel Gabriel.’ Next day he brought a pal and Sister promptly gave him the name of Raphael. From then on to the present day anyone coming for food is referred to as ‘angel,’ though it would require a very vivid imagination to see anything angelic in some of the many hundreds who came swaying in.” 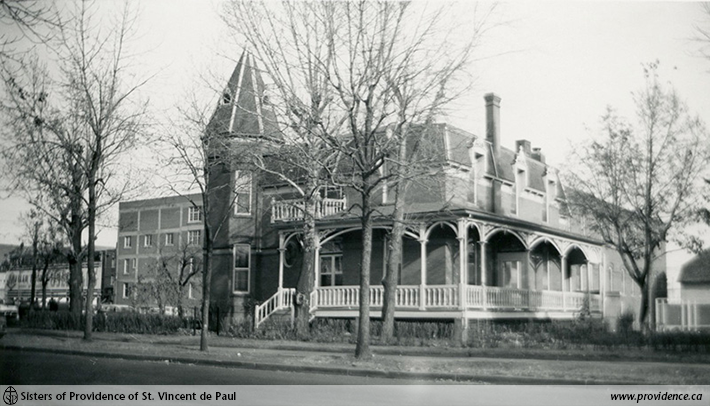