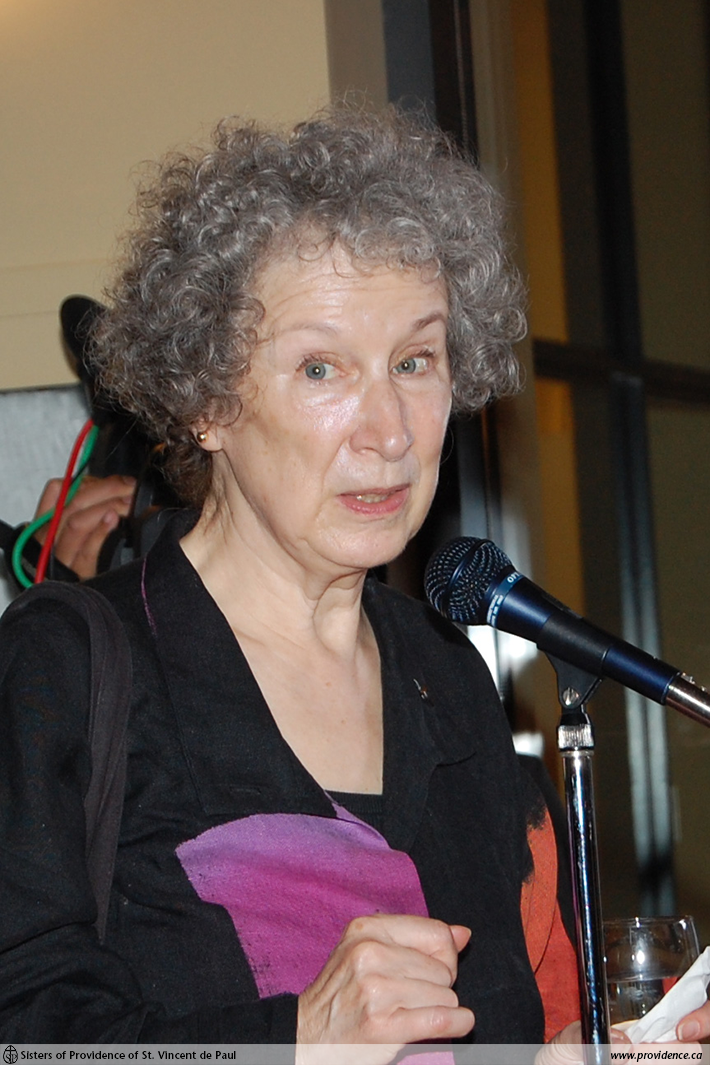 Margaret Atwood, arguably Canada’s best-known writer, appeared on September 23 at a Private Reception in the Davies Lounge of the Grand Theatre for a local Kingston group, the Community Harvest Working Group (CHWG).

Co-sponsored by the Sisters of Providence of St. Vincent de Paul, the CHWG is dedicated to making local, healthy food more accessible to residents of north Kingston.

About 60 people turned out for the kick-off event to Kingston’s annual Writersfest and one of several fundraising events endorsed by Atwood during her global tour to launch her latest work of fiction, The Year of the Flood. The exclusive reception included a brief talk by the author, who spoke in favour of green energy, organics, and food localism and against the federal government’s “disturbing plan” to close Canada’s prison farms “for no good reason,” including Frontenac Institution in Kingston. The Sisters of Providence are currently active members of the Save our Prison Farms Campaign.

Afterwards, the author graciously made herself available to fans for conversation and photo opportunities, while sampling finger foods sourced by local producers and inspired by her novel, including Zeb’s Devilled Eggs, Pigoon on the Moon, and Secret Burgers (because, as she says, “Everyone loves a secret!”). The event also included a signed copy of Atwood’s novel and preferential seating to the evening performance based on her book.