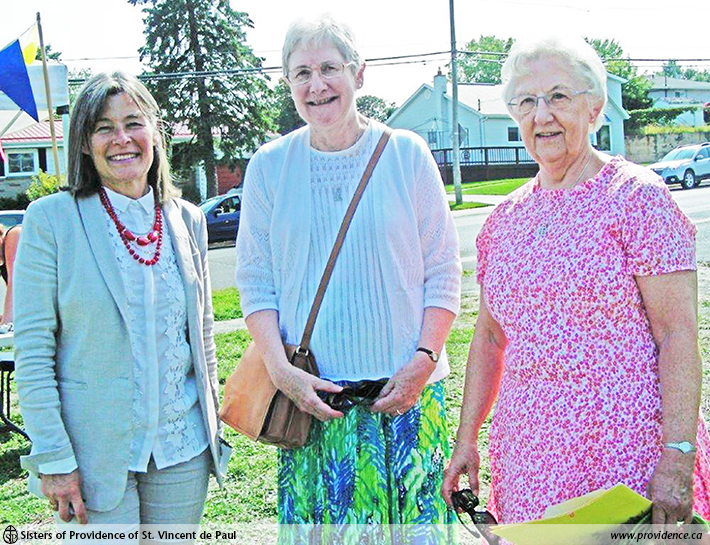 Sister Gayle and I are pleased to be part of this celebration commemorating Canada’s 150th anniversary, sponsored by Community Harvest Kingston.

The Sisters of Providence of St. Vincent de Paul were founded in 1861, six years before confederation. Right from their beginning the Sisters were concerned with providing the vulnerable with nutritious food. In the early days of the congregation they relied on charity to feed themselves and the elderly, orphans and infirm who they cared for at the House of Providence, now known as Providence Manor. The Sisters went on collecting tours in the country, asking for donations of food, and vegetables to feed the vulnerable they looked after.

Our annals of 1893 records several trips to the country to collect fresh food that September.
A Rev. Kelly of Athens wrote to the General Superior at that time:  “The good Sisters are cordially welcome to collect vegetables or anything they can get in my mission. They will get lots of vegetables here, we have good crops.”

The current property where we have our Motherhouse at 1200 Princess Street, is known as Heathfield. That was the name of the farm that was purchased by the congregation in 1930. It has always had some fruit trees and vegetable gardens for the Sisters’ use as well as for the poor of Kingston. When she entered Sister Gayle said that the pantry had jars and jars of preserved plums, a fruit she was not particularly fond of after being served it continuously for desert.

In 1999 we started the Heirloom Seed Sanctuary which has flourished and provided education so that other heritage gardens could start in the area. For fifteen years we held a tomato tasting day with the various varieties of heirloom tomatoes.

Our future plans for Providence Village include community gardens.

When the Sisters formed their current Mission Statement two years ago we ended it with this statement: “Sharing our spiritual, human and financial resources, we promote justice and peace for all creation.” This includes our support of food security, seed saving and gardening.

As a community the Sisters have supported Community Harvest Kingston from their beginning both financially and with personnel.  We wish them continued blessings on their work with the earth, gardens and market. 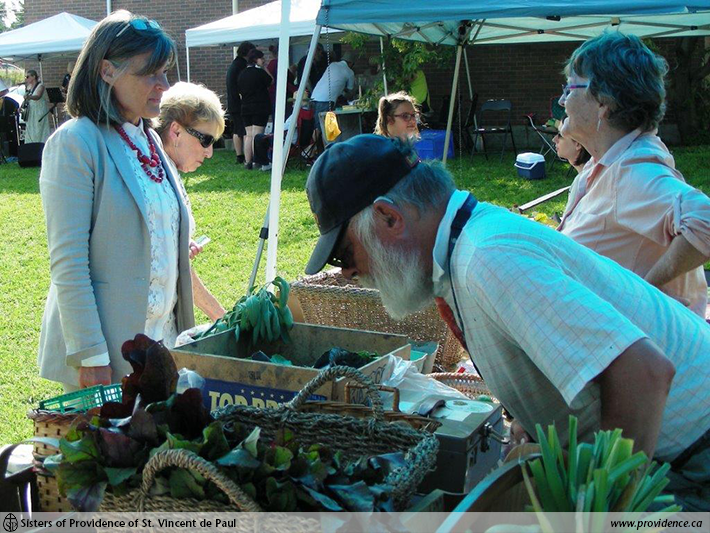 Tara Kainer of the Sisters of Providence Justice, Peace and Integrity of Creation office, and member of the Community Harvest Kingston group recounts the events of the day.

Community Harvest Kingston and its partners celebrated 150+ years of farmers markets in Ontario with a day of period-appropriate costumes, food, and music in addition to the regular vendors being on-site. Many people attended the event including Kingston & the Islands MP Mark Gerretsen and MPP Sophie Kiwala, as well as Bryan Paterson, Mayor of Kingston, and James Brown, President of the Board at Kingston Community Health Centres. 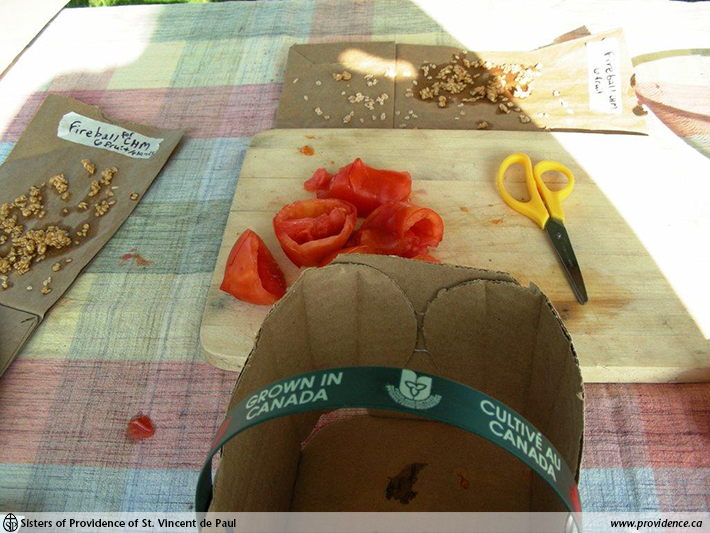 Adding to the fun were free horse and carriage rides, live music with The Blue Grass Hoppers, and old-fashioned children’s games including “egg on a spoon” and three-legged races.

Historically-appropriate food was served free to those in attendance and included a variety of locally-made cheeses, dried sausage, and condiments. A traditional hard candy, first produced in the North American colonies in the early 19th century, was also on-offer. Kingston’s “Soup Coup” provided traditional (vegan) pea soup made from produce grown in CHK’s organic garden. Community Harvest Market vendor, Ernie Sands, served up over 300 corn on the cobb, and I baked as many Catherine Parr Traill “Common Bush Tea Cakes” for dessert. Other available food was purchased from Chris Shelley, co-owner of General Brock’s Commissary (tagged Food worth fighting for!)

Now in its 9th season, Community Harvest Market’s mission is to educate people about the benefits of healthy food, increase access to affordable local food, and build community, particularly in the Rideau Heights neighbourhood of north Kingston.

The first Canada 150+ event occurred in July when CHK partnered with Kingston’s National Aboriginal Day Committee and Three Things Consulting to honour First Peoples in Kingston and the area. Both initiatives were made possible by Community Harvest Kingston’s 30-plus dedicated volunteers and financed by the Community Fund for Canada’s 150th, a collaboration between Community Foundation for Kingston and Area, the Government of Canada, and extraordinary leaders from coast-to-coast-to-coast.