Enhancing food security in Kingston is fast becoming a poverty reduction strategy. High rents and utility costs make it increasingly difficult for low-income earners to make ends meet and because food is one of the few flexible costs in a household budget, it is the first to shrink –or disappear altogether — leaving food banks and meal programs as the only options.

As a result, many new food projects are appearing as options to support Kingston’s low-income residents. Community gardens are multiplying to the point the City now regulates them through an official policy. While the Kingston Public Market was the sole city-sanctioned farmers’ market until two years ago, now there are at least six, including the Community Harvest Market, founded in 2009 to serve low-income earners in Kingston’s north end and supported by the Sisters of Providence. A coalition of meal providers feeding Kingston’s most hungry, the Food Providers Networking Group, meets once a month to share information and resources and pursue their vision of a just and secure food system for our city.

Several other food-related initiatives which value self-reliance, social justice, and strive to uphold the dignity and self-worth of participants have emerged to engage and empower those most needing help to put food on their tables.

In addition to its market, the Community Harvest Working Group launched a free organic gardening and seasonal cooking workshop series, now in its second year. Participants grow food in a plot at the Wally Elmer Neighbourhood Centre in Rideau Heights and learn how to cook and process it in the kitchen at St. Matthew’s United Church across the road.

Loving Spoonful, supported by Partners in Mission Food Bank, the Sisters of Providence, and OPIRG Kingston, works with communities to improve food security, create awareness about the multiple factors that contribute to poverty and hunger, and increase the amount of fresh food available to local food programs. Through the ACORN donation garden, located at the Oak Street Community Garden, and its Grow-A-Row Campaign, the organization donates fresh produce to local food banks and food programs such as St. Vincent de Paul’s Hospitality Centre and Lunch By George at St. George’s Cathedral.

As I write this on May 31st, Hunger Awareness Day, I read that food bank use in Toronto has gone up 15% in a single year, the largest increase since 1995 when the provincial government cut social assistance rates by nearly 22 %. In protest of those cuts, the Sisters began their Silent Vigil in front of Kingston’s City Hall. 2010 marks its 15th year, and with no sign of hunger or poverty abating, the silent protest is likely to continue for a long time unfortunately. However, we work in Hope, trusting in Providence. 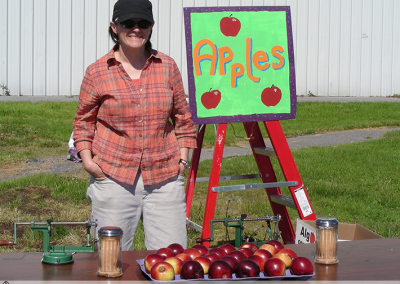 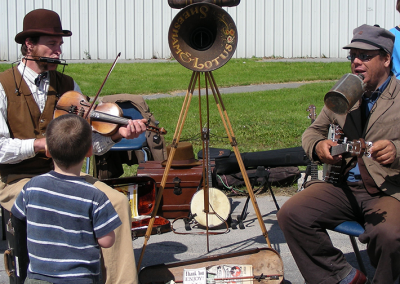