A closing celebration … and one final vigil 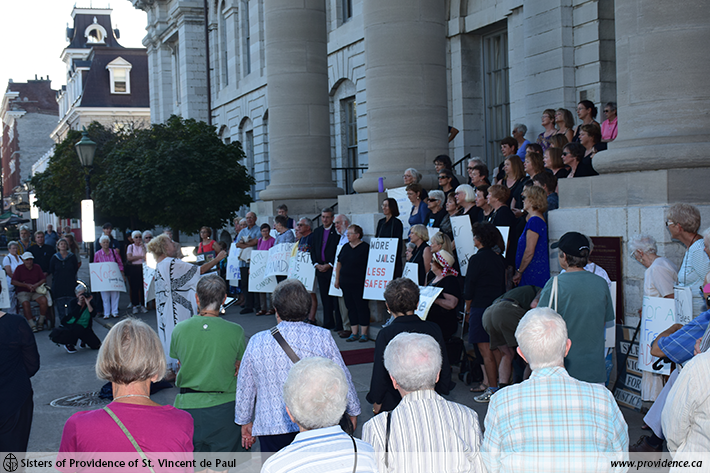 It was fitting that the weather was so beautiful on September 17 and 18 when, after 20 years of fidelity, the silent vigil in solidarity with the poor and so many others, came to an end.

On the Thursday evening, hundreds gathered outside Kingston City Hall where the day was proclaimed Social Justice Vigil Recognition Day amid singing, gentle Aboriginal chanting and silence. Then inside all went for speeches, remembrances and more song.

The following day, as had happened for two decades, vigil-keepers (or vigilantes, if you want to tease them) gathered one last time, in front of television cameras and tourists. The mayor was there on Thursday night. The man that would become Kingston’s Member of Parliament was there on Friday. There were students and long supporters. A number of people who made a special trip to “stand with the Sisters,” even if they hadn’t been there in years, like Rose from Portsmouth and two friends from Wolfe Island.

Both events were wonderful. It was all bittersweet.