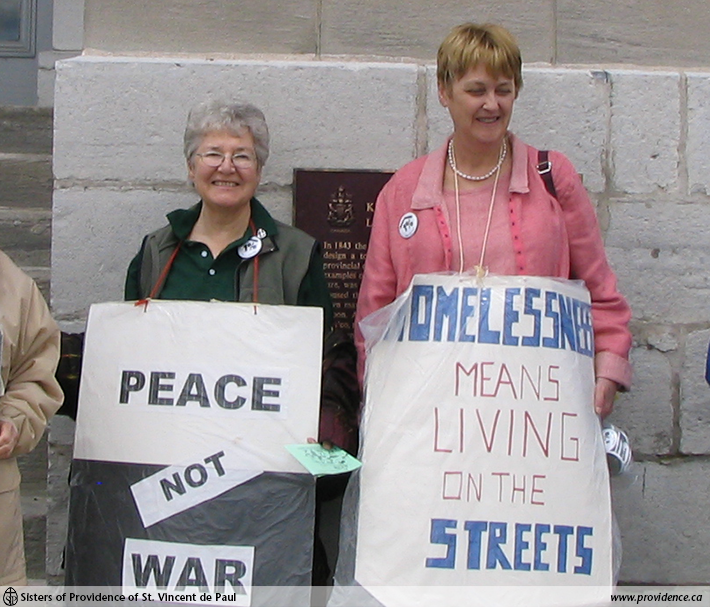 A high profile social activist joined other vigil-keepers at the weekly silent vigil at Kingston’s City Hall on Friday May 18, 2007.

Raised in Kingston, nurse Cathy Crowe specializes in advocacy for the homeless in Canada. She has won fame as a street nurse working with homeless and poor populations in downtown Toronto. Cathy’s book Dying for a Home: Homeless Activists Speak Out is a first-hand account of Canadian homelessness and the practical steps needed to address the problem. The book chronicles the lives of ten homeless activists advocating for change. Cathy was also the subject of the 2002 documentary film Dying for a Home.