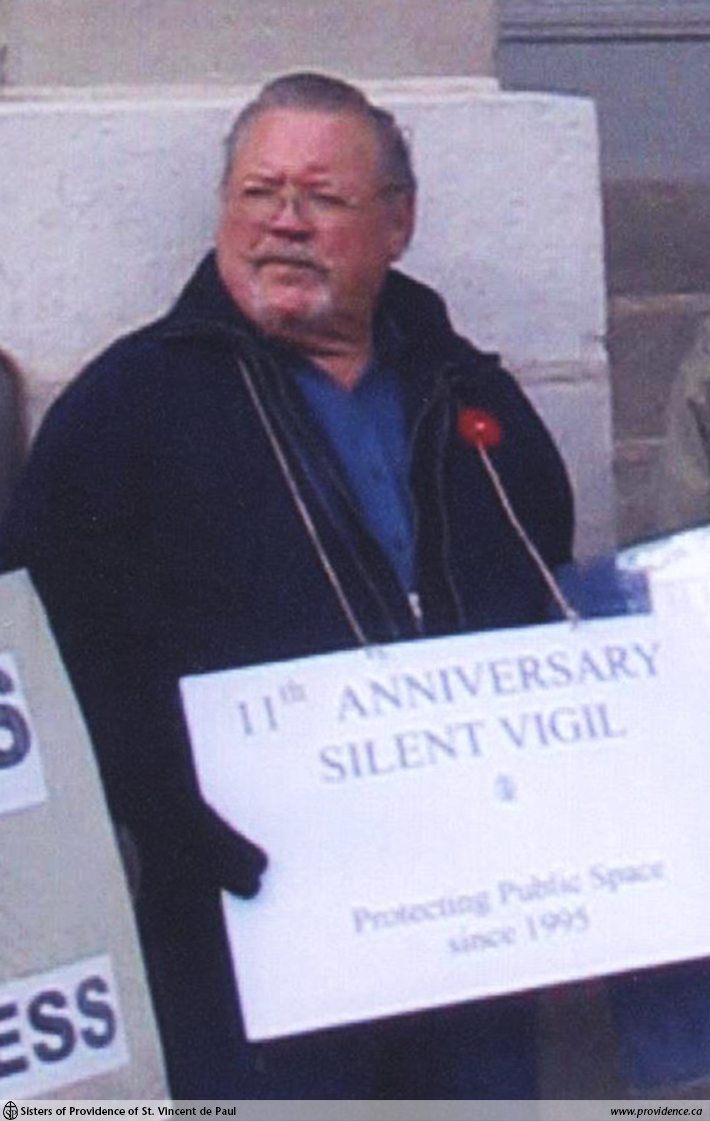 As I recall, Jesus of Nazareth had a soft spot in his heart for fishermen. Perhaps he still does.

Oliver Gerald Doyle, who died on the second of May, was a follower of Jesus, but not just because he loved to go fishing.

Oliver also took seriously the words of Jesus that told him to ‘bring the good news to the poor.’ He read the encyclicals on social justice and he practised them daily.

He could often be found on picket lines, at an NDP meeting, campaign offices during municipal elections, or at Labour council meetings.

In short, Oliver was committed to social justice and believed that “an injury to one is an injury to all.”

I met Oliver almost every week for over ten years, and yet we probably never spoke more than a dozen words to each other in all that time. Why, you might ask?

The reason is because I met Oliver at the Silent Friday Vigil, sponsored by the Justice & Peace Office of the Sisters of Providence of St. Vincent de Paul.

Before Oliver retired and joined the Friday vigil he worked as a merchant seaman on the Great Lakes. He also worked in the welding shop at Millard & Lomb on Anglin Bay, just a few hundred yards from where the vigil keepers stand in front of City Hall. Through his work on the Labour Council and with the NDP party, Oliver became friends with another stalwart vigil keeper, Vince Maloney, who will miss his presence very much. Along with Vince, Brian Brophy and the late Howard Dorey, Oliver represented a generation of industrial workers committed to social justice.

It is amazing what one can learn about another human being just by standing side by side in prayerful, silent solidarity with poor folks affected by government and corporations that put profits before human kind and indeed before Creation. I learned that this man, wearing a union jacket, often had flyers or petitions to pass out after the vigil, thus encouraging participants to join him in support of some just cause during the following week.

We, Oliver’s fellow vigil keepers, will remember him, as each Friday we continue to stand in hope.