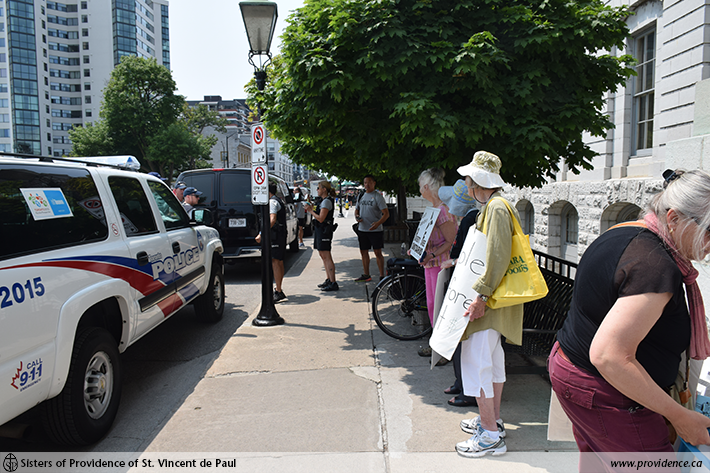 Today the #FridayVigil vigil keepers arrived to find a long line of police vans in front of Kingston city hall. Turns out they were police from Toronto, OPP, Halton and other places, all acting as an escort for the Pan Am Games flame that is touring the region

What does the FridayVigil do best? Not only does it witness, but the long-term vigil keepers know how to engage. So we spoke with several police officers who were curious about what we were doing. They “got it,” that policies hurt people, but given their line of work … what about welfare cheats? They arrest them every day? Our answer was that that is a diversion. There may be a few cheats out there but that doesn’t define the system, and as soon as we believe it has, we’ve started poor bashing, by equating them with the cheats out there.

We talked about the precariat — the many people who don’t have full-time work with benefits. We talked about what’s going to happen with technology when there is even less paid work for people. We talked about how not only is the story do we feed the kids or pay the rent but increasingly, how do we pay for heat and hydro? We floated the idea of the basic income guarantee that has the best chance of helping us all –not only does it give income to everyone, it has the potential to drastically reduce the long-term health effects of poverty and the rates of incarceration from when folks don’t respect society or get desperate or have no hope.

Our police officers were solid men. They tended to vote law and order. They took their work seriously and what they saw in their work. We hope they understand that what we see and who we know are as real as what they see — and that a helping hand can be the  preventative to the crime we all seek to end. 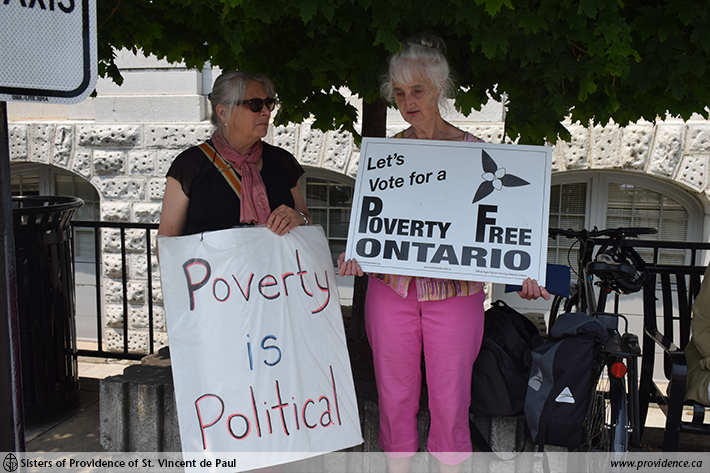 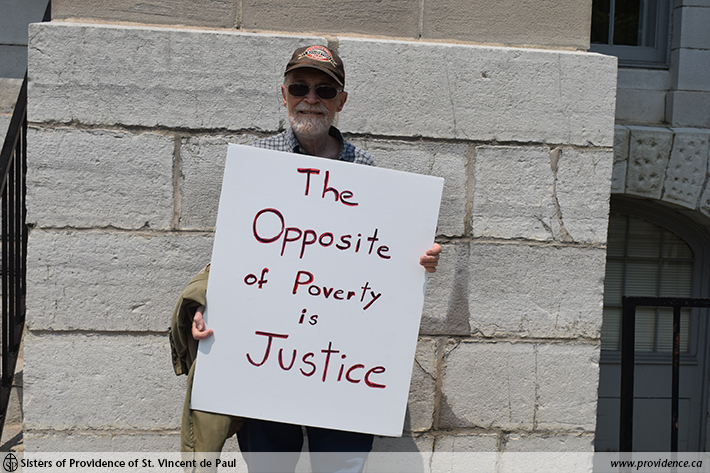