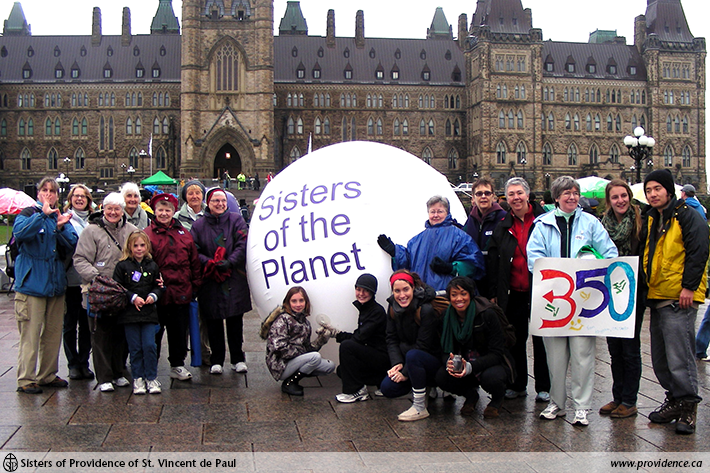 350 is the number that leading scientists say is the safe upper limit for carbon dioxide, measured in parts per million in our atmosphere. It’s the number humanity needs to avoid runaway climate change. Read more about the involvement of the Sisters of Providence of St. Vincent de Paul to encourage real change. This photo was taken at the “Fill the Hill” event in Ottawa on Oct. 25th.

A leading expert in issues relating to energy and the environment opened his keynote address in Kingston by applauding the Sisters of Providence for their forward thinking approach with social justice issues. Ralph Torrie, who spoke at Kingston’s Climate on the Line event in mid October, said, “When you scratch the surface of all these critical issues, the Sisters are always there. Kingston is defined by their work.”

Ralph spoke at the Kingston “350 Climate on the Line” event in mid-October. 350 is the number that leading scientists say is the safe upper limit for carbon dioxide, measured in parts per million in our atmosphere. It’s the number humanity needs to get back to as soon as possible to avoid runaway climate change. The current level is 387 ppm.

To raise awareness, Bridget Doherty of the JPIC office organized an event called “Climate on the Line” and asked Kingstonians to bring clothes to hang on a giant clothesline that wrapped around Kingston City Hall. The event officially kicked off at 5 p.m. on October 20. Fifteen minutes later, the job was done – a giant clothesline encircled City Hall and the clothes were later donated to families in need. Bridget dreamed up the clothesline idea as a real and symbolic reminder to conserve energy. The crowd later gathered on market square and listented to a powerful reading by poet Maya Thau-Eleff, and songs by the Raging Grannies. A member of the Native Sisters Drumming group also performed the Water song.

Ralph Torrie’s speech was powerful, but hopeful. He said Canada is no longer at the forefront of the climate change initiatives and leads the way in resisting international action. The world is 1 degree celcius warmer now than when we began burning fossil fuels, and getting warmer.

“We seem to be in short supply of human imagination,” said Ralph. He believes we can achieve sustainability if we follow these 3 so-called “house rules.”

•  keep in mind that everything goes somewhere
•  everything is connected (future connected to past etc.)
•  nature is an independent power; it does not negotiate. 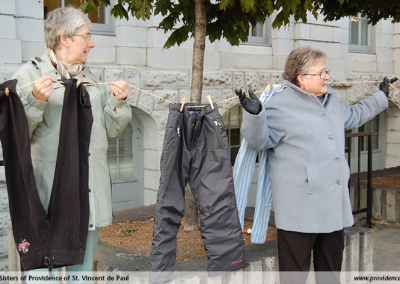 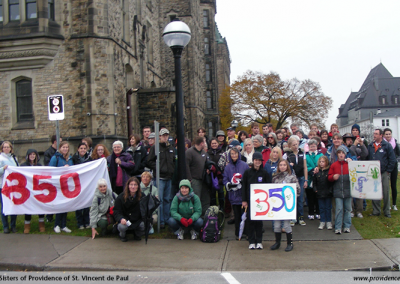 A large group of Kingstonians travelled by bus to the Ottawa “Fill the Hill event on Saturday, Oct. 24th. 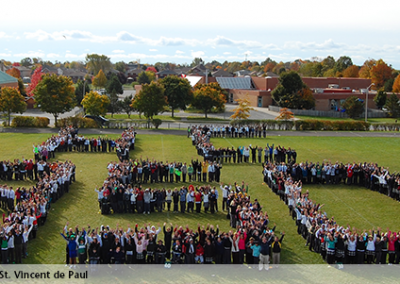