A global call for just solutions on every level 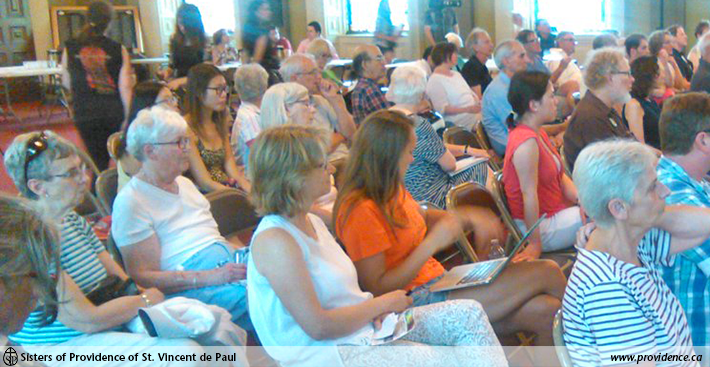 Climate change is a global problem that hurts vulnerable people most. In Canada, it disproportionately affects seniors and those with pre-existing health problems, remote and First Nations communities, low-income individuals, and the marginalized.

That’s why it’s necessary to talk about climate change not just as an environmental issue, but also as an issue of climate justice focused on the way in which people, especially the most vulnerable, are being affected. That is the lens of the Justice, Peace and Integrity of Creation office as we approach these issues. We listen to Pope Francis who states, in The Joy of the Gospel, that the “dignity of each human person and the pursuit of the common good are concerns which ought to shape all …policies.” Here are two ways in which we have been involved, recently.

Provincially: The Ontario government has developed a carbon cap-and-trade system that was made law in May. This system allots a specific amount of carbon that companies may emit; exceeding these limits means that companies will have to pay; unused portions can be traded with companies that exceed their limits. While it is right to be skeptical of such a system, if it is done with correct limits and oversights, it may actually work in reducing greenhouse gases.

To be effective, the cap and trade system must adhere to the polluter-pays principle. The companies responsible for the emission must pay and not the people already struggling to make ends meet.

Initially, the Ontario system omitted the needs of the most vulnerable in our community. After organizations, including our own, advocated on behalf of low-income families and individuals, the government amended the bill. It is now required to consider the impact that the regulatory program has on households and vulnerable communities. The province also committed close to $1 billion to help social housing with energy retrofits and residential multi-tenant buildings with energy efficiency improvements.

Federally: This spring, the federal government initiated a national discussion on climate change. As part of that, Prime Minister Justin Trudeau asked Members of Parliament to hear  what Canadians have to say.

In Kingston, Member of Parliament Mark Gerretsen held a town hall meeting on a sunny Saturday afternoon in June. With the help of our JPIC office, 350.org and other community groups, the room was filled with 100 people.

The meeting focused on these six issues:

The discussions made it clear that people are making the justice connections.