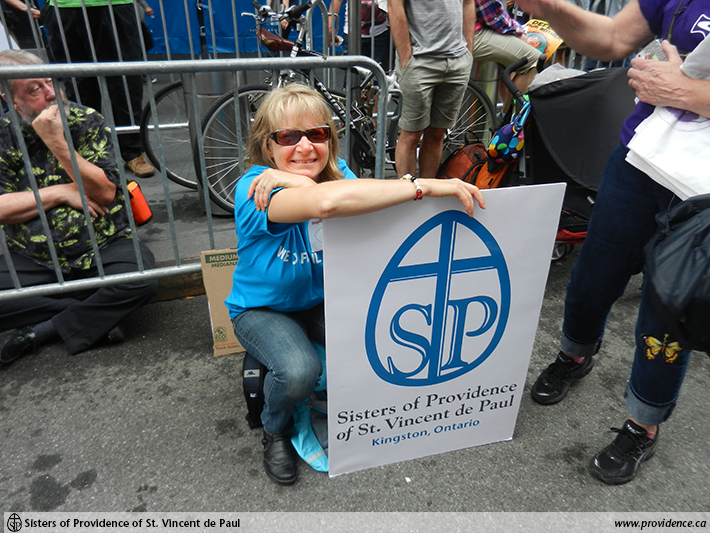 I have some exciting news! You may remember from previous reports that I’m on the Low-Income Energy Network (LIEN) steering committee. In March of this year we organized a conference titled: Celebrating a Decade of Low-Income Energy Advocacy.

Supporting the principle of subsidiarity, I felt it important that, in addition to speakers from high profile businesses and organizations, like Greenpeace and Union Gas, we also hear from the voice of someone living with energy poverty. A local mother of three agreed to talk about her experience with energy poverty. Delina delivered her message with such passion that MPP Bob Delaney could not look her in the eyes.

On the train back to Kingston, Delina and I both remarked how disappointing it was that this representative, who had attended in place of Ontario Minister of Energy Bob Chiarelli, could not look at Delina when it was his turn to speak. He was the only speaker to not refer to her words.

Soon after, though, there was action. Three weeks later, Minister Chiarelli directed the Ontario Energy Board (OEB) to develop an electricity rate affordability program to help low-income consumers pay for their essential electricity service, as well as other basic needs such as rent, food, transportation and medications.

The Ontario Electricity Support Program will build on the OEB’s Low-Income Energy Assistance Program (LEAP) which is a program that was implemented in 2011 after years of advocacy. You may remember LEAP from my 2009-2011 reports.

When the announcement was made, Delina and I couldn’t help but wonder if MPP Delaney’s reaction was not due to ignorance but rather the opposite. Could it be that he listened, heard and acted? One never knows but after years of advocating for such a program it feels likely that the timing was right for a single mother’s words to be heard. 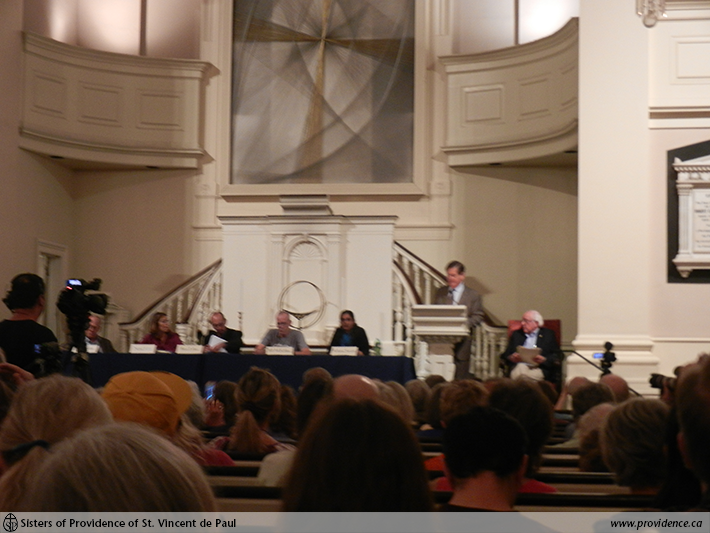 See below for the speech that may have made the difference

I guess I never realized I had grown up in poverty until I felt the shame and fear of poverty as an adult. I watched my father struggle financially after my mother left and felt my dad’s shame when I needed new shoes or clothes and he couldn’t afford it. I hated asking and felt guilty because I knew it only made him feel bad too. He didn’t know how to deal with the heavyweight feeling of shame, so he coped by drinking… a lot.

After leaving the military and struggling financially myself, I felt that same shame my dad must have felt when my kids needed something I couldn’t afford. I believed my children deserved better, as we all hope for our children, as I am sure my dad yearned for too. I felt stuck and hopeless. Mental unwellness was born and manifested into depression.

In a materialistic society that admires more and dictates our worth based on what we have or own, I felt “less than.” Poverty has become shameful. I shamed myself for not being the parent who could participate in consumerism let alone provide the basic necessities – all the while unintentionally passing these stresses and untruths to the next generation. I was repeating the patterns of intergenerational mental unwellness.

Humans can handle a certain amount of stress. Continually high amounts of stress interfere with the normal thought process and mental wellness. High concentrations of stress send the brain into what is called “survival mode.” Survival mode is a living hell for many. It is panic and fear and many turn to drugs or alcohol in their misguided effort to feel better.

Imagine, just put yourself in my shoes, what it must be like to wake up Christmas morning explaining to your children why the Christmas lights are not radiant and there is no power to make Christmas dinner. This is gloomy for the children and torture for the parents….

Poverty is not a crime; social injustice is the crime.

Poverty is political when government heavily funds energy companies in lieu of its suffering people. We must break the cycle of mental slavery to poverty for future generations, maybe even your own. The priority of responsibility toward shareholders has to shift to responsibility toward citizens. Poverty is a social injustice caused by humans and, therefore, if we can see past the profits, we can see.