Say No to Tar Sands 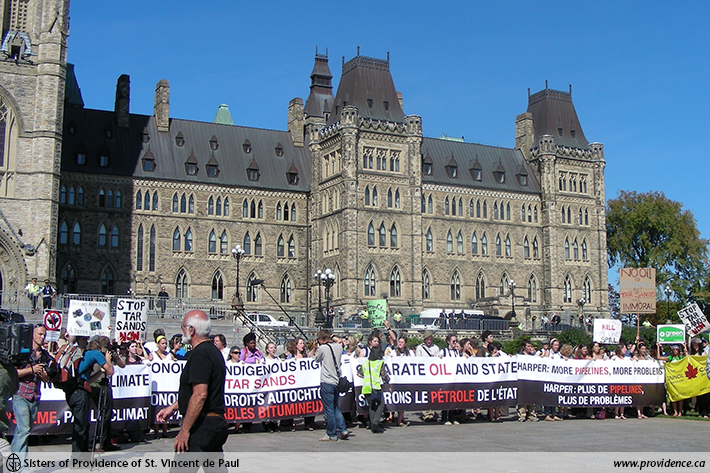 A Canadian company plans to build a pipeline from Alberta’s Tar Sands to Texas. If approved by both the Canadian and American governments, the pipeline would transport diluted bitumen, a mixture of oil and sand.

Environmentalists, farmers, and affected communities are all concerned that this mixture, which includes cancer causing benzene and toxic heavy metals may end up spilling into ground water thereby polluting precious drinking water and aquifers. The company argues that there is no such risk even though a pipeline leaked more than one million gallons of diluted bitumen into Michigan’s Kalamazoo River in July 2010.

Other concerns include an increase in the Tar Sands production adding to the already destructive environmental and social consequences experienced in Alberta. This increase will accelerate climate change causing more carbon dioxide gases to be released into the earth’s atmosphere. Instead of reducing our emissions and protecting God’s creation our country will be implicit in risking the future of many generations to come.

Canadians and Americans who care for the integrity of creation have responded by arranging protest “sit ins” where supporters are asked to sit in acts of peaceful civil disobedience. A “sit-in” organized by Ottawa Action took place on Parliament Hill September 26th.

The JPIC office of the Sisters of Providence, the Kingston & District Labour Council and the Ontario Secondary School Teacher’s Federation (OSSTF) sponsored a bus to give Kingstonians an opportunity to support this day of action. Sisters of Providence Shirley Morris and Susan Pye, along with JPIC staff Tara Kainer and Bridget Doherty attended. They were joined by Sr. Maureen Killoran, CND, Ottawa, Monica Lampton, CND, JPIC Staff Montreal and Kingston MP Ted Hsu. Many Sisters supported the day with prayers. 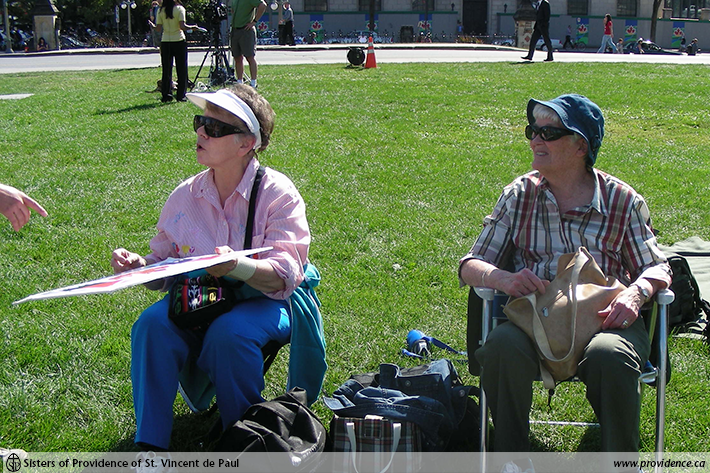 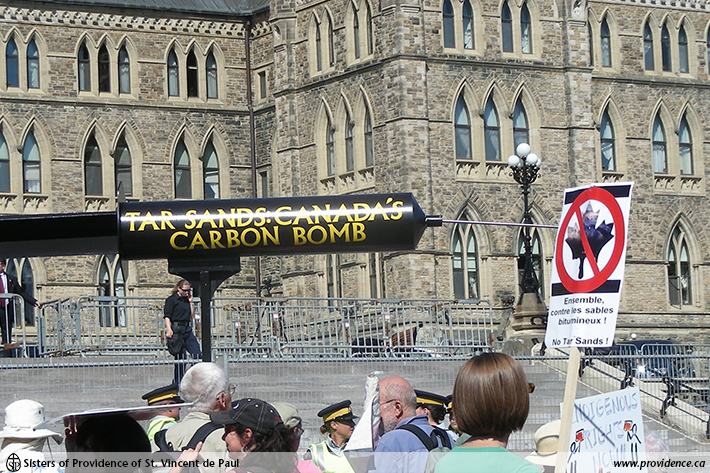 Two giant syringes with the words “TAR SANDS, CANADA’S CARBON BOMB” represent our addiction to oil. It carries the dire warning that if we don’t act now to reduce our dependancy on oil, we will overdose.