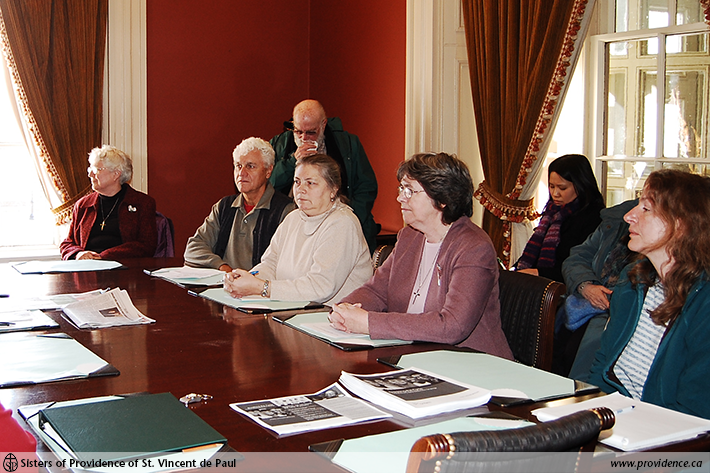 A long-time Kingston social activist describes the Ontario government’s new Poverty Reduction strategy as a shovel in the ground.

Alice Gazeley and other members of Kingston’s Roundtable on Poverty, along with Sisters of Providence and our silent vigil keepers met with the media to offer reaction to the long awaited report, which was finally released in December 2008.

Alice called the plan a call to action, adding that the government appears committed to addressing poverty reduction by making it a central theme in the next five budgets. She says the report meets the five question test criteria suggested by the ‘25 in 5’ committee. (reduce poverty levels 25% in 5 years)

1. Does it establish an overall target to reducing poverty? YES

2. Does it have a clear way to measure progress? YES

4. Does the government plan legislation? YES

5. Does the government plan to commit money in the 2009 budget? YES

But the report does raise some red flags. How will the federal and municipal governments participate?

Poverty Roundtable members will further study the report’s implications with the hope that the Ontario spring budget has sufficient funds to implement the plan.

Sister of Providence Una Byrne ministered with aboriginal people in northern Canada for over 20 years and is relieved the report mentions assistance toward aboriginal poverty. Sr. Una is also pleased the report sets clear deadlines and commitment of long term funding. The following is an excerpt from Sr. Una’s speech to the media.

“We congratulate the government for responding to the many advocates for the poor, in particular the 25 in 5 network, and making this commitment during tough economic times. That the Liberals have designated funds and set a clear target with timelines tells us that they are serious about reducing poverty in Ontario. We expect that the issues of low-income Ontarians will not be ignored and that poverty reduction will be a central feature of Ontario’s next five provincial budgets. However, we have a lot of work to do to make today’s commitment a reality. Minister Matthews’ plan depends on the federal government for funds in order to fully implement her program. Her poverty reduction strategy targets child poverty, but children have parents and their needs must also be addressed. The government has not allotted any new money for childless adults on assistance, either, who are currently the most economically deprived citizens of Ontario.”