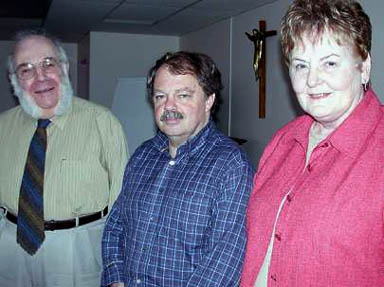 Article reprinted with permission from Kingston This Week.

The provincial government has made progress on the push to wipe out poverty over the last three years, but it is a long way from solving this issue.

The findings from a new book about poverty reveal nearly half a million Ontario children are growing up poor, food banks have never been busier and the working poor remain trapped.

The book, Lives Still in the Balance: Ontario’s Social Audit, is an update on the first book published in 2004 by the Interfaith Social Assistance Reform Coalition (ISARC), a group of major faith communities.

At its heart, the book alleges the poorest citizens remain worse off now than when the McGuinty government was elected in 2003.

The title tells it all, says Alice Gazeley, chair of Kingston’s Justice and Peace Commission, who participated in the 2003 Kingston audit that formed the basis of the original book.

The former Catholic high school principal is grateful for “small steps” the provincial government has taken but calls for more.

“We need a comprehensive anti-poverty strategy,” she says. “People of faith need to ensure poverty is an issue in the October provincial election.”

Jamie Swift is a co-editor of the book and he gives the province a C grade for its efforts over the last three years.

“With the line that says could do better.”

The updated book, that includes first-hand accounts from low-income people, is intended to “raise the profile of the social stain that is poverty,” says Swift, who is also co-director of the Justice and Peace Office of the Sisters of Providence of St. Vincent de Paul.

“We want to hold politicians’ feet to the fire” on poverty issues, he states.

The book outlines the hardships faced by low-wage workers, those on social assistance, those who live in poor conditions and disabled people living in poverty.

Leigh Smith, a retired professor of environmental geology and a member of ISARC, says the government’s record on affordable housing is disappointing, “nowhere near to achieving its 2003 promise of 20,000 affordable housing units.”

In Ontario there are 122,000 households on a waiting list. In Kingston, about 1,000 people are on the waiting list, including this woman who describes what she had to do when she realized she could not afford her rent.

“I knew we were being evicted, so I obtained welfare for my oldest son and placed my youngest son temporarily with the Children’s Aid Society. I knew I could survive on the streets or in street shelters.”

Smith says the government needs “a plan and then the money” to make a dent.

“We need good economic policies to look after the poor, to bring this workforce to its full potential.”

Swift says much of the problem is that the current government has not rectified the fallout from the Harris/Eves Conservative government cutbacks.

“After a long campaign by anti-poverty groups, we’re seeing an increase in the minimum wage, but it will take three years.”

A new Ontario Child Benefit is also a step in the right direction, but it doesn’t go far enough, Swift states.

“It’s not as much as they would have received had the government fulfilled its promise to simply stop its clawback of the National Child Benefit Supplement.”

The cost of ignoring the plight of the poor is huge, the advocates believe.

“We are losing a whole generation of young people who are growing up poor,” says Gazeley, noting that those living on the edge have no money for dental care.

“So they have their teeth pulled. Can you imagine trying to get a job without any teeth?”

With poor or non-existent dental care, there’s health problems that lead to heart disease, and that puts a strain on the health care system.

Is it not incredible, asks Swift, that one in six citizens lives in poverty in a wealthy province.

“Where are our values? The true test of a government is how well it responds to people in desperate need, not to those blessed with abundance.”

The group may be disheartened but they are not defeated.

Gazeley says it is encouraging to see the social agenda getting a higher profile in the new municipal council.

The mayor’s task force on poverty is “the first time we’ve seen an inclusive approach.”

One reason the book has been released at this time, Swift explains, is to “try as hard as we can to put poverty and social inequalities on the province’s agenda” in a runup to the October 10 election.

Ditto for the feds, he says, so that the issue is on the radar for that election, too.