ISARC Social Audit – taking the pulse of our city 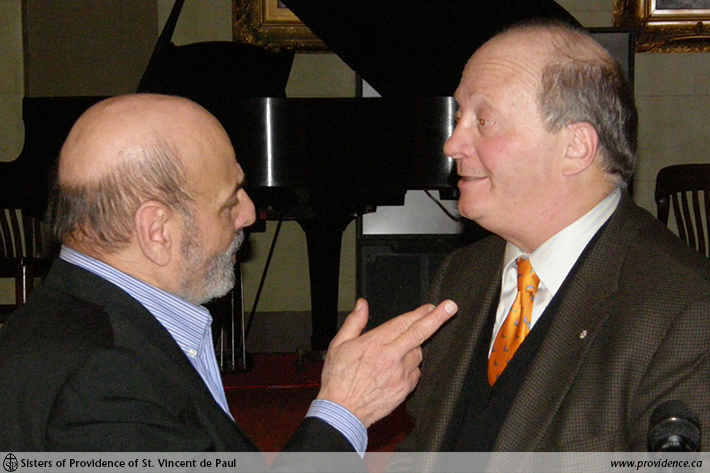 It was exactly eight years ago this month — well before I started working here at Heathfield — that I arrived at the Vincentian Room to meet other local volunteers. The occasion? Sister Pailine Lally, heading up the Justice & Peace Office, had organized a “social audit” of the Kingston community for the Interfaith Social Assistance Reform Coalition (ISARC).

We then went out to meet low income people, collecting their stories. How had seven years of government by Ontario Premier Mike Harris affected their lives? Included in our little band of social auditors were lay Catholic activist Alice Gazeley and Scott Meyers of the local cable TV station.

“I’m losing hope that I shouldn’t be losing,” said one single mother. Sadly, it typified what we heard in our city’s apartments, shelters, and service agencies.

The resulting Kingston report formed part of ISARC’s book, Lives in the Balance, a key tool in the interfaith social justice lobbying kit.

Next month another group of volunteers will gather at the Motherhouse before fanning out across Kingston to talk to some of our most vulnerable neighbours. How are they faring after seven years with Premier Dalton McGuinty at Queen’s Park?

And once again the Kingston results will be included in an even wider Ontario canvass. Eight years on, ISARC will be taking the social pulse of some two dozen communities across the province.

“The social audit is a transforming event both professionally and spiritually for the many who participate,” explains ISARC Director Brice Balmer of Waterloo. “This is a power stronger than changing legislation. It is passion, which moves not only in the political sphere but also builds solidarity.”