Precariat: A new word for an old and growing problem 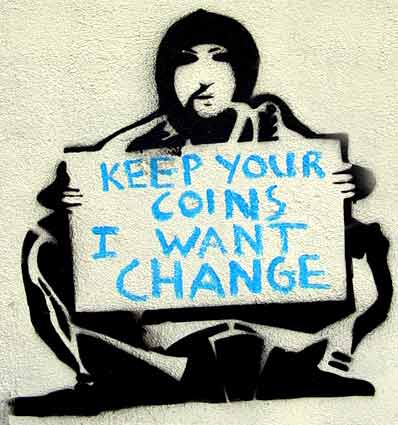 The precariat? What’s that? The funny-sounding word has recently been creeping from university seminar rooms into public discussion. Precarious work + the proletariat = the “precariat.”

It refers to the decline of reliable, decently-paid work and the rise of part-time, temporary jobs that pay minimum wages.

Just before Christmas, veteran journalist Michael Valpy described the brave new world of work as a “fearsome cave of economic insecurity and the place where dignity and a sense of meaningfulness and self-worth are left at the door.”

Working at a full time, minimum wage job (if you can find one) in Ontario still leaves you well below the poverty line.

The JPIC Office is involved in several efforts to fix a world of work that is increasingly fractured, a community ever more sharply dividing between the rich and the rest.

We’ve campaigned to support a living wage for Kingston. In 2012, Sisters and vigil keepers stood outside a City Council meeting, holding signs supporting the living wage, calculated three years ago at over $16 per hour.

That’s what we told City Council that Kingston needs if we want to buck the low-wage trend. But Kingston civil servants and politicians disagreed.

Then there’s the province-wide effort to raise the minimum wage to $14 per hour. Last year we took a big block of ice to our MPP’s office. We froze some coins into the ice. Ontario had frozen the minimum wage freeze at $10.25.

In late January Premier Wynne announced a tiny minimum wage increase to $11, coupled with a commitment to raise the rate each year according to the cost of living.

This means that low-wage workers will be permanently frozen well below the poverty line.

Tara Kainer and I have also joined a new national campaign aimed at attacking poverty by bringing in a guaranteed annual income. We’re now calling this idea, long supported by Kingston’s former Senator Hugh Segal, the BIG – Basic Income Guarantee. The BIG campaign is focused on the federal government.

Given the lack of real progress, it’s easy to be pessimistic. But there’s room for hope. Low wages and increasing inequality in a split-level society are increasingly the focus of public discussion.

Two days before Premier Wynne made her disappointing announcement, President Barack Obama opened his State of the Union address by confronting the issue directly.

“Corporate profits and stock prices have rarely been higher, and those at the top have never done better. But average wages have barely budged. Inequality has deepened….too many Americans are working more than ever just to get by – let alone get ahead. And too many still aren’t working at all.”

Substitute “Canadians” for “Americans” and the President has described the situation of the precariat north of the border.

We agree with the President’s prescription: “Our job is to reverse these trends.”