Put Food in the Budget 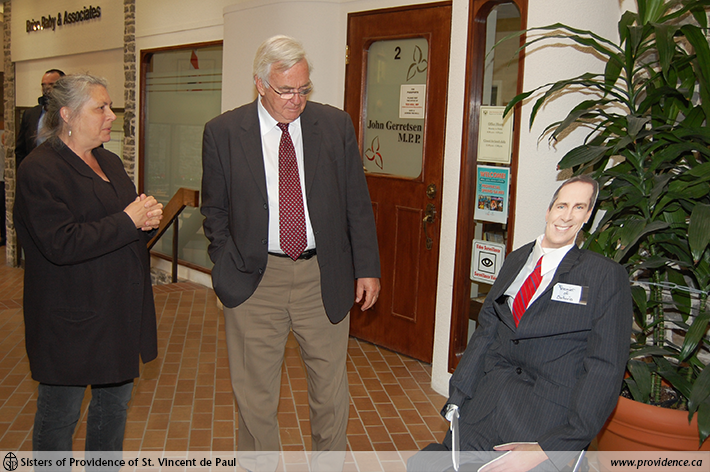 Put Food in the Budget videos produced by the Sisters of Providence available here. Part 1 follows ‘Dollton’ on his visit to Kingston. Part 2 focuses on John Gerretsen’s poverty challenge as he spends a day in the shoes of the poor of Kingston.

Local Social Justice groups have a message for Premier Dalton McGuinty. “Listen up! Put food in the budget.”

Check out some of the responses to the ‘Dollton’ visit to Kingston through our video on Youtube.

The premier was in Kingston on Friday, June 1. Not the real deal but a life-size mannequin dubbed ‘Dollton’ who’s been touring the province as part of the Put Food in the Budget campaign.

Organizers say that since the Premier isn’t listening to low-income Ontarians, they are bringing him on tour to let the people most affected have a say about the provincial budget, which resulted in an effective cut to social assistance rates.

“The campaign offered both people receiving social assistance as well as service providers a chance to tell it like it is,” explains Tara Kainer of the Justice, Peace and Integrity of Creation Office of the Sisters of Providence. Ms. Kainer helped organize the Kingston visit.

Earlier this month Olivier De Schutter, the UN special rapporteur on the right to food, described levels of hunger in Canada as “shocking.” During a national tour, De Schutter noted that there are 900,000 households that are food insecure. “This is a wealthy country. It’s even less excusable.”

Ms. Kainer says that our most vulnerable neighbors “are being ground down by excuses.”

The ‘Hey Premier, Listen Up’ tour will visit some two dozen Ontario communities between April and the end of June. 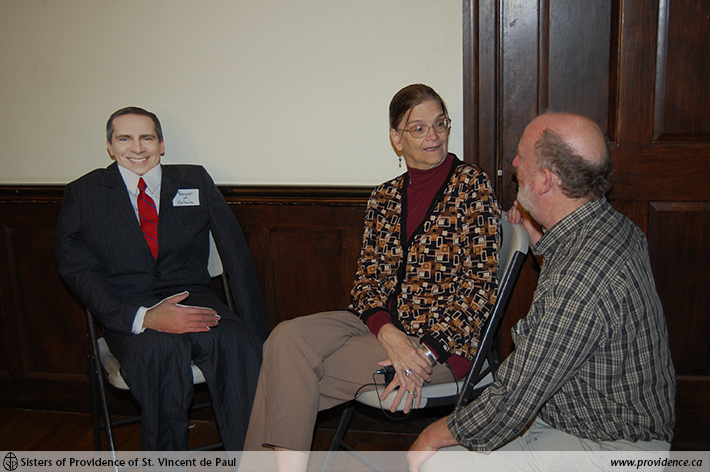 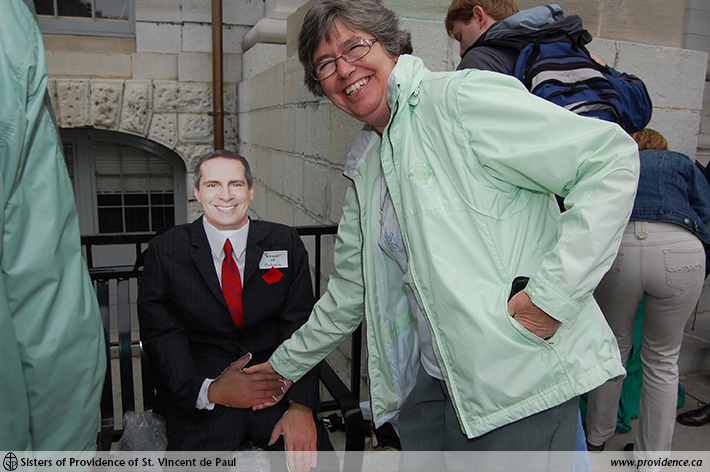 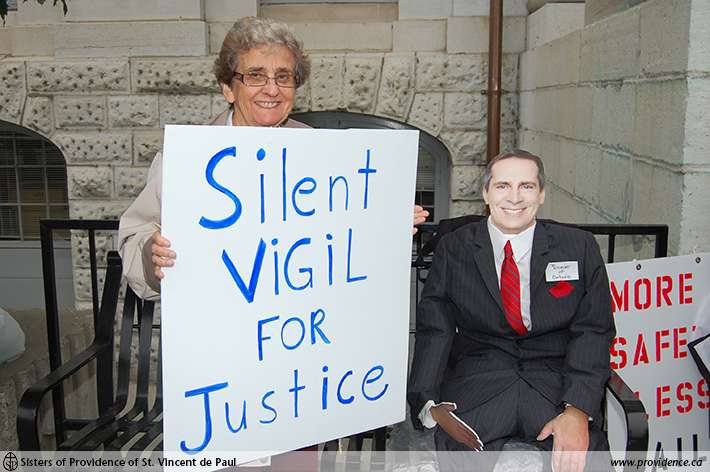