A challenge to the myth of nationhood: Vimy was not the birth of Canada 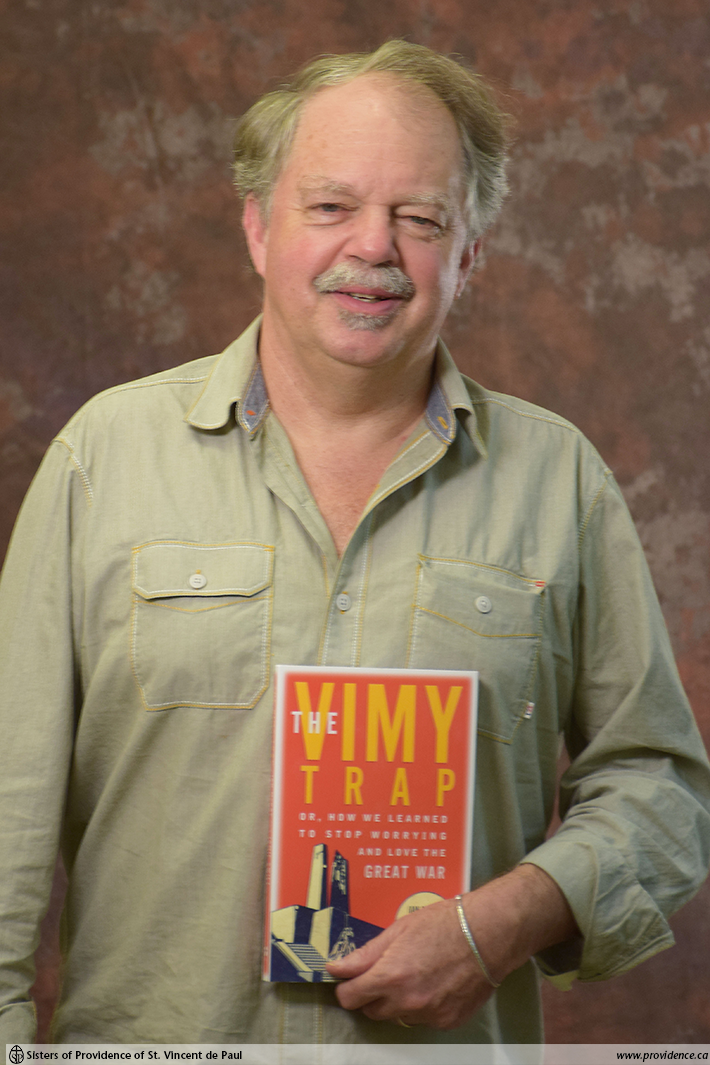 Back in the mid-1950s, Uncle Eberts offered me the gift of a lifetime. At least for a five year old boy.

He got me a ride on a big yellow bulldozer that he’d hired to do some road work. We lived next door to Eberts Macintyre on the Gatineau, just south of Wakefield. He was my grandfather’s brother-in-law, my honourary uncle.

He was also the author of an early book on the battle of Vimy Ridge. He wrote Canada at Vimy in 1967 at age 82. Uncle Eberts reflected on the Great War, his experiences and that ghastly conflict’s legacy.

I was, needless to say, glad to re-read the book when historian Ian McKay and I were working on our own look back at the Great War. Uncle Eberts was certainly a patriotic military man: He didn’t hesitate to write, on the occasion of Canada’s centennial year, that Vimy was “a glorious tribute to our past.”

But he also scrutinized the war with the wry eye of someone who’d had a close-up view. He was unusual amongst war writers in pointing out that, among an estimated 750,000 “young men who shed their blood on that historic hill,” a large number were German. That gruesome statistic inspired him as “a mournful reminder of the utter futility of war,” a phrase that twenty-first-century martial nationalists consistently avoid. Uncle Eberts used it without self-consciousness.

Even the timing of Vimy raised doubts in his mind. On the eve of battle, he writes, “It was nauseating to contemplate the horrors that the representatives of two Christian nations would inflict on each other at this time of the Easter festival, each side believing that he was in the right.”

Of course, our new book with its suggestive title differs from Canada at Vimy. We weren’t there, so we took a different approach. Uncle Eberts had his diaries and his memory. We had access to hundreds of manuscripts and printed records about the war. And, more broadly, about how the war – and wars in general – are remembered and commemorated. We hope that The Vimy Trap shows just how complex our sense of Canada’s past can be.

We also hope that it proves just how sadly simplistic and just plain wrong the Big Bang theory of Canada’s origins in fact is. While I have a Vimy: Birth of a Nation cap from the Legion, it’s a misplaced claim that we challenge in The Vimy Trap.

Archaic, romanticized talk of Great War valour and glory remains with us. So does the strutting patriotism of those who still speak with a glib enthusiasm of wars that they did not directly experience, and the likes of which they themselves will most probably never suffer. Our book seeks to understand how the tragedy has been remembered and how that memory has changed – and been changed – as men like Eberts Macintyre have long passed from the scene. We seek to remember the war in realistic, compassionate ways, and to the resolve that such dark and painful days will never again be experienced.