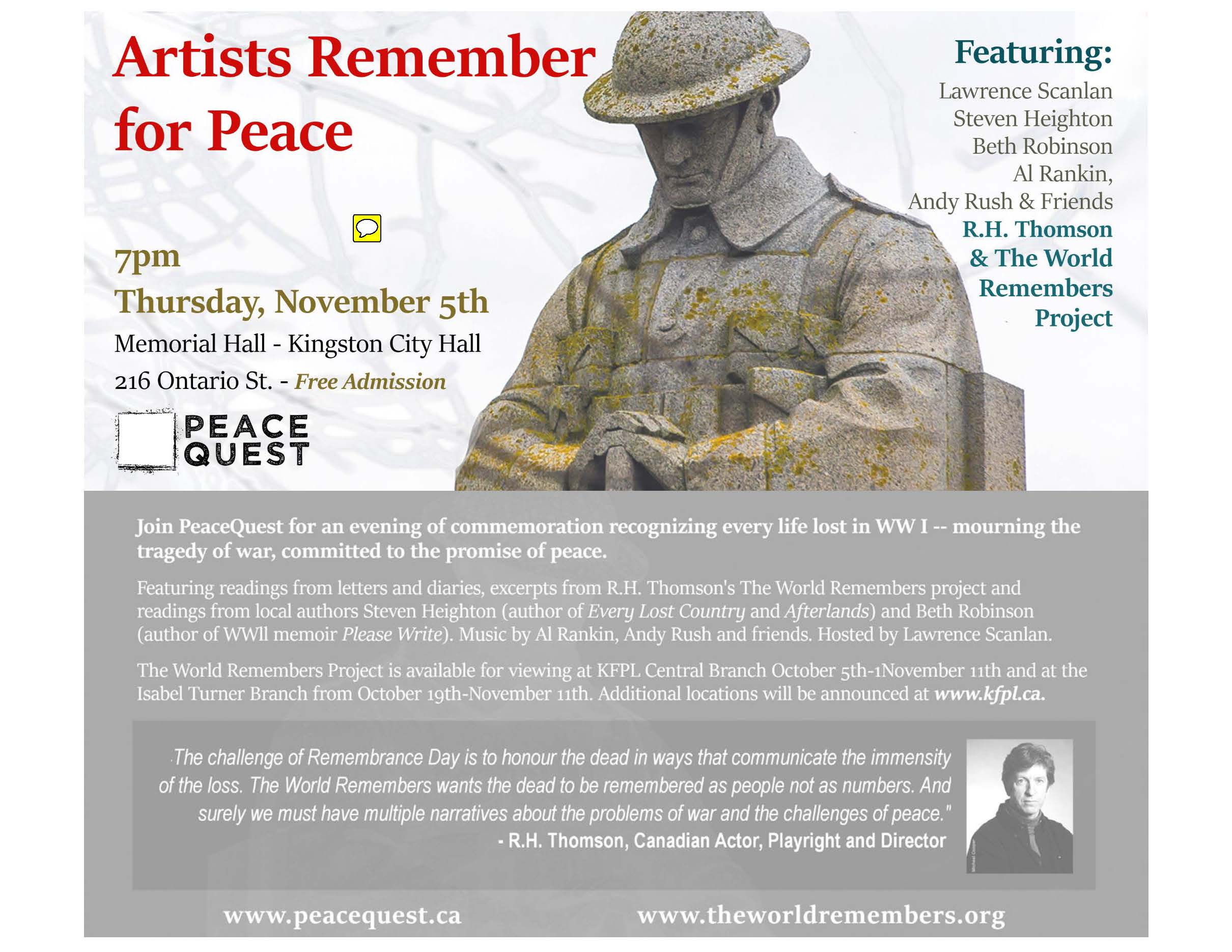 RH Thomson’s The World Remembers Project has the remarkable ambition of displaying the names of all 26 million people who died during World War I, regardless of country, regardless if they were soldiers or what has come to be called, “collateral damage.”

The actor and playwright told a large crowd at Kingston’s City Hall on November 5 that as we pass through 100th anniversary of World War I, year by year, 2014-2017, it’s not enough to simply mark remembrance day the same way as we have for the past 99 years. Rather, the project ensures that people are being remembered, whether soldier or civillian, and they are being remembered by name.

Each of these anniversary year, the names are being displayed in libraries, universities, schools, public squares, all at set times, leading up, each year, to Remembrance Day, November 11. But each year, as we follow the progress of the “war to end all wars,” the losses pile up so that the display of names takes longer and longer. The time it takes — the number of days — to show the names becomes itself very moving.

His presentation at a Kingston PeaceQuest event anchored the evening Artists Remember for Peace, which also featured:

Steven Heighton, whose poetry brought gasps, it was so evocative of the effects of war;

Beth Robinson’s remembrance of war and the correspondence that kept loved ones up to date.

And woodworker and artist Tim Soper’s presentation of uniforms

Author Lawrence Scanlon hosted the evening and wove the story of PeaceQuest into his narrative, illustrating how striving for peace necessitates remembering war.

The evening ended with the flare of a tuba and the sparkling fun of Andy Rush and Jeff Piker leading the large group in a boisterous rendition of Down by the Riverside. We ain’t gonna study war no more was the refrain of the evening.

The Sisters of Providence are founding sponsors of PeaceQuest, which PeaceQuest seeks to mark the anniversaries of World War one with commemorations that emphasize peace 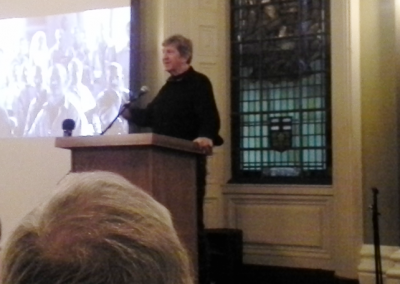 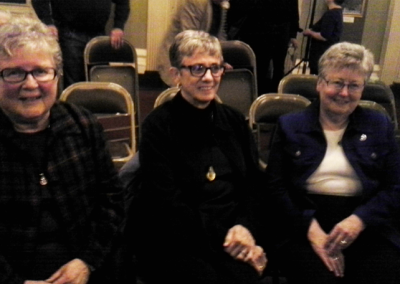 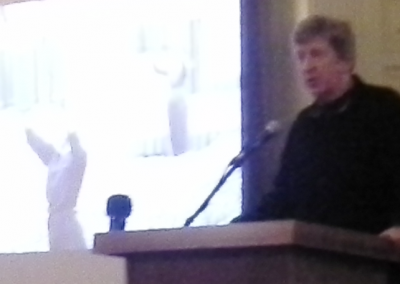 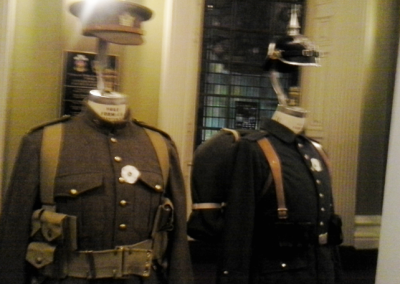 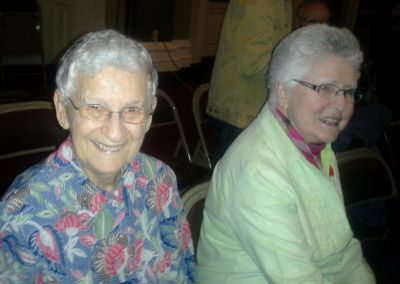 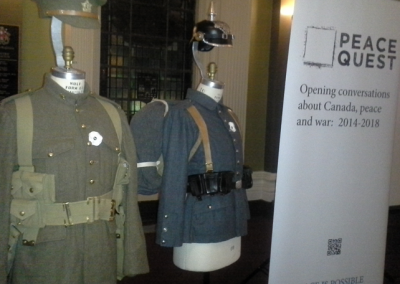 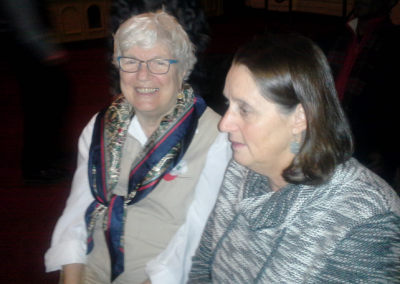 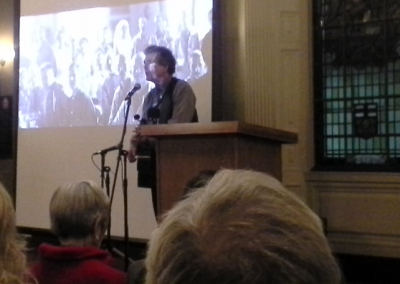 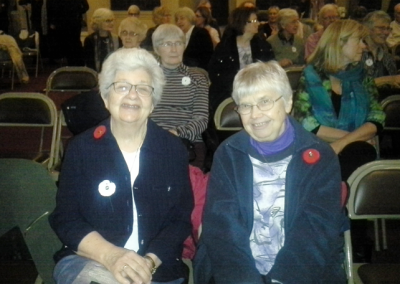 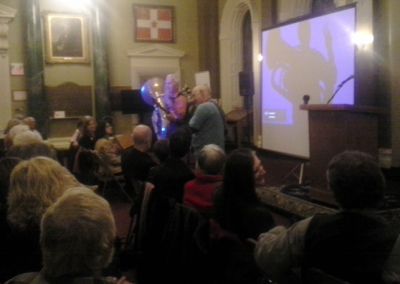