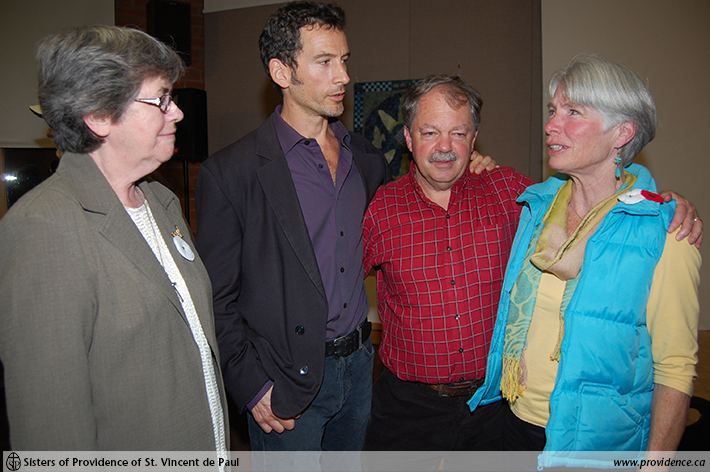 This past November the JPIC office initiated a public gathering that we called Remember Peace?

Why the question mark?

Because the idea of peace has largely disappeared from official Remembrance Day events, replaced by an emphasis on the glory of military sacrifice. Coupled with Ottawa’s new found enthusiasm for war and the decline of Canadian peacekeeping, we felt that, as November 11 approached, it was time to talk once more of peace.

Remember Peace? was moderated by award-winning Kingston writer Steve Heighton, whose poems about the Middle East and Vietnam bookended our three guest speakers.

Author Michael Riordon spoke of the people he met while writing his book Our Way to Fight about the dangerous lives of peace workers in Israel/Palestine.

And Ottawa writer Heather Menzies described her work on the White Poppy campaign.

Heather told the 130 people assembled at Kingston’s Central Library how White Poppy peace campaigners in Britain had in the 1930s invented the symbol after being told that they could not put the words “No More War” on traditional red poppies. She described how she felt “gagged and silenced” after being stonewalled by the Royal Canadian Legion after the Voice of Women for Peace tried to establish what she called a “peace-making dialogue” with that organization.

“War is wrong. It brutalizes all life and the landscape, the womb of life itself,” concluded Heather.

She insisted that she would continue to wear her white poppy and keep making white poppies in the memory of children forced to carry guns, for women raped in war and women beaten and abused by partners who bring war home.

“I will wear a white poppy to symbolize my determination to be the peace that I want to see in my world.” 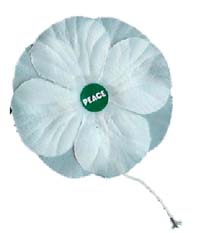