Telling a different story about war 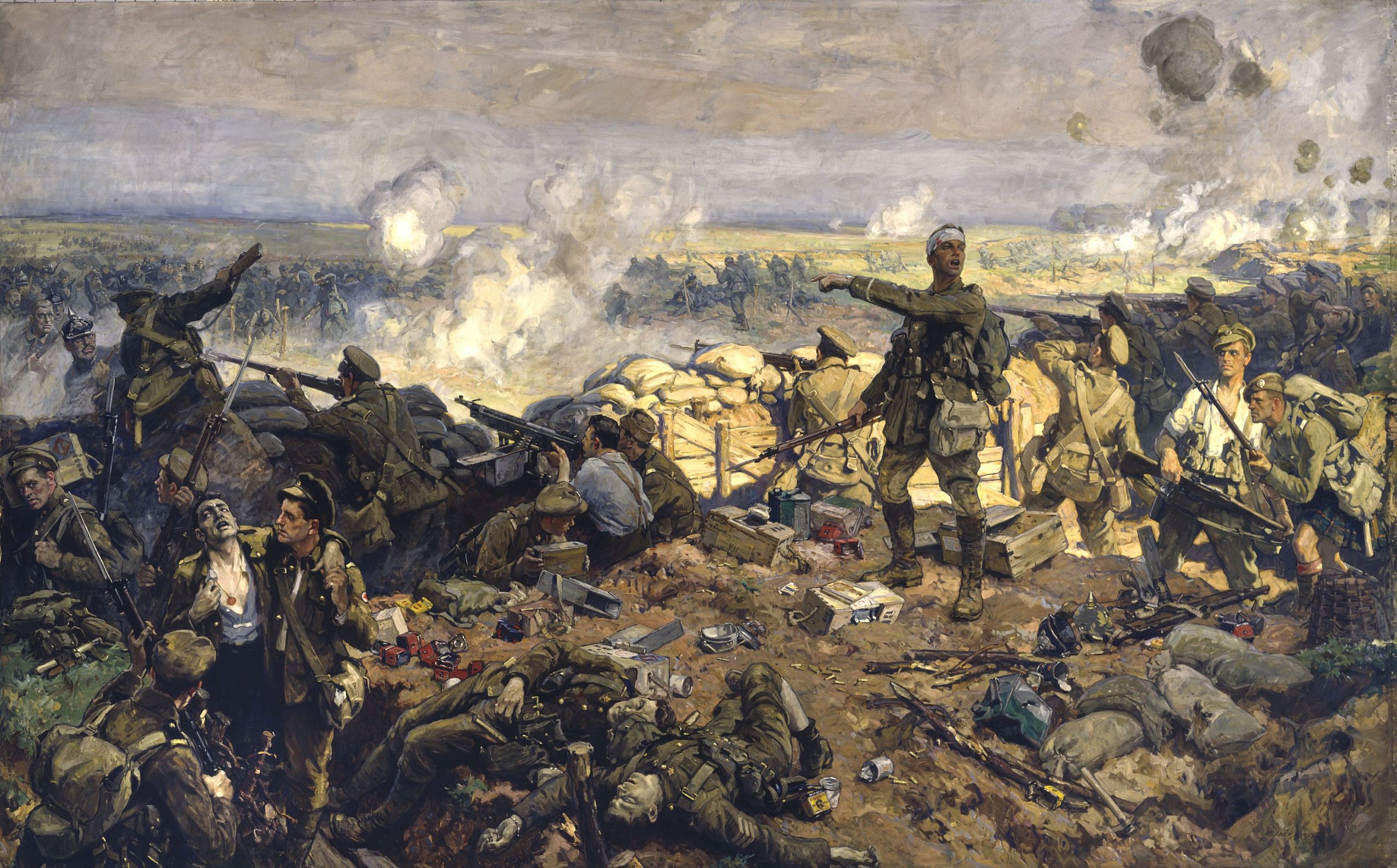 In 1915, the English artist Richard Jack received a commission to paint a recent battle in Belgium. His immense canvas, The Second Battle of Ypres, showed heroic soldiers fighting off an enemy counter-attack.

Sir Edmund Walker, a wealthy banker and member of the Canadian War Memorials Fund, thought the artist had captured the Canadian accomplishments during the fighting. But he worried that people back at home were “not likely to appreciate such realistic treatment of war.”

Except that the scene he painted was a figment of Jack’s imagination. He had not visited the killing fields of Flanders.

The central figure in the canvas is a romantic blond soldier standing well above the trench parapet, heroically urging his comrades forward into the fray. WW I veterans knew that anyone exposing themselves like this would have soon been obliterated by machine gun fire or a sniper – the fate of so many millions in that ghastly conflict.

One critic noted that, with hindsight, the painting seems inauthentic and sentimental. But back then romantic depictions of war met a need. Some Canadians needed to see troops as gallant heroes.

Things would change as the carnage dragged on. By 1917 the Canadian painter Frederick Varley did visit the battlefields. His most famous depiction of the war featured a cartload of bloodied bodies awaiting burial by two forlorn gravediggers standing by two rows of white crosses. The grisly cart is stuck in the mud.

The future Group of Seven artist chose a simple title for his painting. For What?

And Varley’s story clearly differed from Jack’s. His rhetorical question remains as we approach the centenary of The Great War. That’s what PeaceQuest is all about. “Grieving the tragedy of war. Committed to the promise of peace.”

How will Canada commemorate WWI? In June the Globe and Mail’s opening paragraph shed some light on the matter when it broke the story of the pricey commemorations.

“The federal government has earmarked more than $83-million over the remainder of this decade to commemorate Canada’s military history and the exploits of its soldiers at a time when Ottawa is under fire for the level of support it offers living veterans.”

Ottawa has already spent $30 million to glorify the War of 1812. What kind of stories will feature in the official version of WWI?

I recently visited Ypres to find out more about how people there are remembering the war that devastated the region. And I learned that the overwhelming emphasis is “remembering for peace.” This contrasts with the Official Story – WWI as a nation-building effort – being offered up in Canada.

The war flattened Ypres, destroying its magnificent gothic guild hall. The medieval building was meticulously reconstructed and now houses the peace-oriented In Flanders Fields Museum. It showcases memorials to Africans conscripted to fight in a European war. Walls of ghostly, backlit photos of the dead. The Christmas Truce. Separate little teepee-like sections that enclose you in darkness, grim images appearing and receding.

Some 500,000 were killed in and around Ypres. The little city now styles itself as a Town of Peace. Its war museum concludes with panels describing how Canada and other former Dominions embraced the poppy symbol. The curators note that some Canadians see the battlefields of the First World War as national birthplaces. But they also explain that the war frustrated the hopes of other peoples. It failed to bring them the rights they had hoped for, fuelling nationalist sentiment: “All over the world nationalist myths are rooted in the First World War.”

Myths and stories. Opposing narratives. One display in the In Flanders Fields Museum explaining “remembrance” features Canada’s $10 bill featuring peace doves, United Nations peacekeepers and the words “In the Service of Peace.”

The ten dollar bill that recently replaced this banknote features a passenger train. The doves have disappeared. So have the peacekeepers.

Director of the Justice, Peace and Integrity of Creation office, Jamie Swift is a founder of PeaceQuest. peacequest.ca 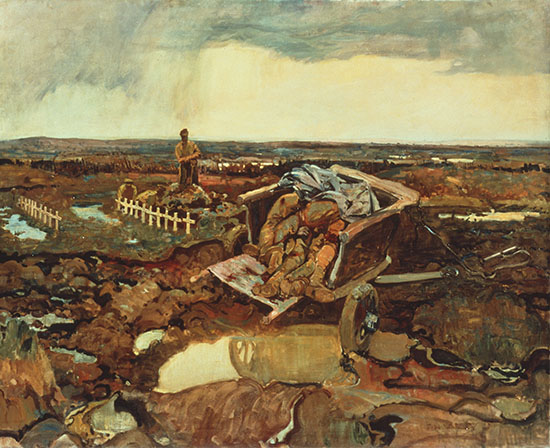