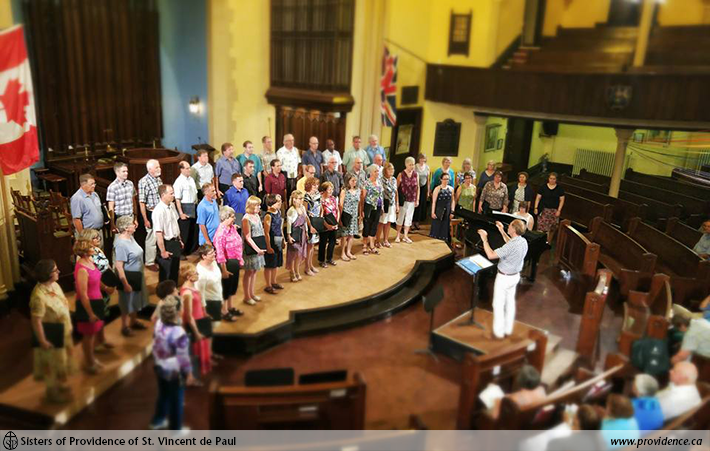 Dr. Mark Sirett was first taught piano by a Sister of Providence – and he didn’t forget. Now a distinguished composer and the music director of the Cantabile Choirs of Kingston, every year he brings at least one of his choirs to perform for the Sisters at the Motherhouse.

For many years, this was coordinated by the director of liturgical music for the Motherhouse, Marg Spooner, who passed away in December to great sadness.

Born of her love of singing,  Marg became an  accomplished organist and choral director. She was also a founding member of the Cantabile Choirs. In June, Cantabile held a concert in tandem with a visiting choir in her memory. Called In the Evening, it was lovely.

Instead of selling tickets, the concert was by donation towards a charity Marg supported, the Marillac Mission Fund. It supports the work of the Sisters in Peru. $3400 was raised, a beautiful testament to Marg.