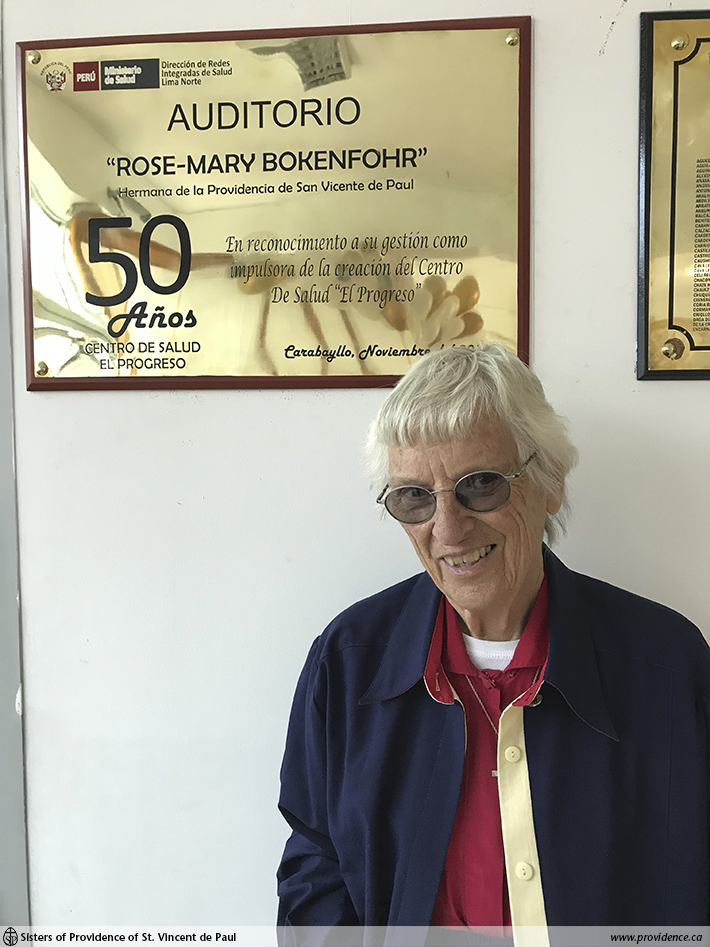 Friday, November 29, 2019 marked the 50th Anniversary of the Health Centre in El Progreso, Carabayllo. The Director of the Centre, Doctor Valverde, had invited Sisters Rose-Marie Bokenfohr, Sara Jiménez, Gayle Desarmia and Associate Wen Bogues to attend the anniversary celebration. It began at noon with a Mass. Both Sisters Rose-Marie and Sara were invited to sit at the head table for the speeches that followed.

The highlight of the celebration was the naming of the Health Centre’s auditorium. It is now called the Rose-Marie Bokenfohr Auditorium to honour Sister Rose-Marie for her initial and ongoing work to have the centre established. Following the naming ceremony there were more speeches, including those given by Sisters Rose-Marie and Sara.

The celebration was rounded out by food, dancing, photos and cutting of the anniversary cake. The card on the bouquet of roses presented to Sister Rose-Marie very nicely sums up the appreciation of the people for the impact of her 50 years of ministry in healthcare in El Progreso. 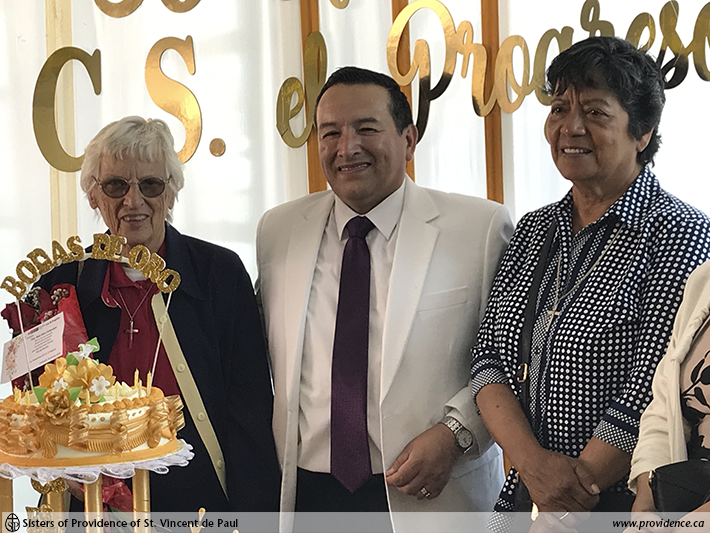 May your light and your vocation
always accompany us in this beautiful
task that you began 50 years ago.
Many thanks.

The Staff at the Health Centre in El Progreso