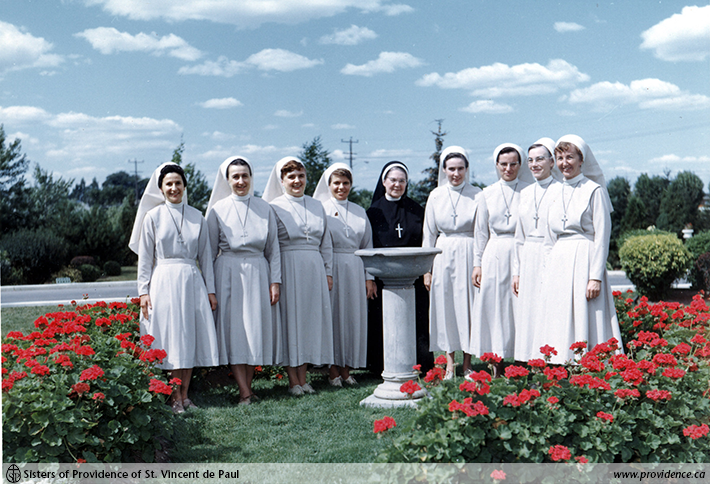 In 1967 the congregation opened two missions in Latin America, one in Peru and one in Guatemala. The Sisters withdrew from Guatemala in 2003 leaving their mission to another congregation.

Four Sisters were missioned to Peru. They settled in a very poor area on the outskirts of Lima, the capital. After Vatican II the bishops of Latin America met periodically to implement the dictates of the Council and to meet the challenges of changing times. These conferences were prophetic but the decisions were not always accepted by all. There are huge differences in how individual bishops apply them. Peruvian society is deeply divided between rich and poor and along racist times. Injustice and corruption are rampant. Peru suffered decades of violence during which thousands were killed, hundreds buried in unmarked graves and property destroyed. Those who suffered most were the poor peasants of the interior but all suffered from blackouts and general fear. The chief perpetrator of these disasters were leftist groups. However, the military was also responsible for many of the atrocities. Finally after the leaders of the rebel groups were captured, life returned to a more normal rhythm. The government accepted the suggestion of a commission to investigate, evaluate damages and adopt measures of compensation for losses. Lima is located on the Pacific coast. The coastal area sector between the Andes and the sea is desert. The foot hills are barren, rocky slopes. It is here that the poor from the interior come to find a better life. What they find is this barren space without running water, electricity or paved roads. They stake out their area and build a shack with reed mats. This strip of desert is broken here and thereby swiftly flowing rivers form verdant valleys. One of these valleys forms part of the parish where the sisters live. The peasants who occupy these areas are no better off than those in the urban areas. The land is owned by the wealthy who pay their workers starvation wages. The Sisters have dedicated time and efforts to Christian formation: preparation for sacraments, formation of Base Christian Communities as part of the Christian Workers Movement, preparation of lay persons to carry on these tasks, organization of women’s groups and youth groups. In the area of health attention to the ill: financial aid for medicines and treatments, preparation of Health delegates. We have given support to the efforts for basic services: public transport, water and sewage. We celebrated with them the anniversary of the Truth Commission and in solidarity as they struggle for justice for themselves and others. We add our voice and our presence in demonstrations against specific wrongs. The congregation has a special fund for the mission to which generous benefactors contribute. We make use of these funds to finance the expenses of the health ministry and dedicate considerably to post secondary education. Those whom we choose to educate are selected because of their need and their outlook on life. We want those who will use their talents to make Peru better for all, expecially the poor. In keeping with trends in Canada, we have established a program for lay Associates. In 1992, five members of the parish team with Carmen Alomia as coordinator, formed the first group. We now have 33 Associates many of whom are professionals who share our values. In these 44 years there have been many changes. The reed shacks have been replaced by durable and at times, attractive houses of brick and cement. The Sisters of Providence community has also changed. Only one Canadian Sr. Rose Marie Bokenfohr remains accompanied by two Peruvians, Sr. Sara Jiménez and Sr. Maria Chinchay. A second parish has been formed in the country area and Sr. Sara has been invited to work there.