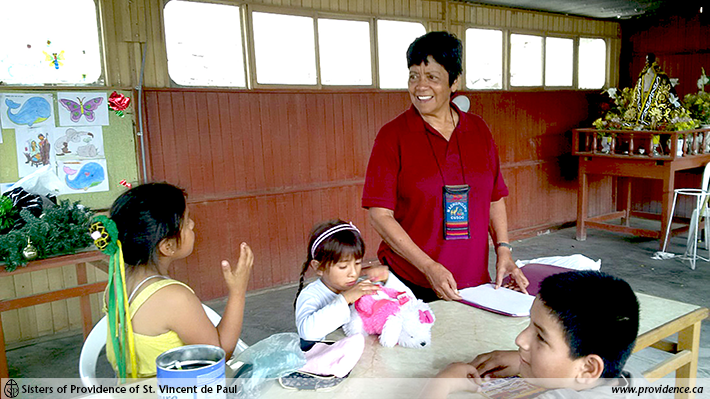 I feel privileged and blessed each time I have an opportunity to visit Peru.

The Sisters live in one of the barrios or young towns called El Progreso which is located in the larger municipality of Carabayllo in the hills north of Lima.

Sister Rose-Marie Bokenfohr’s main area of ministry is in El Progreso. Sisters Gayle and Diane visited Sister Rose-Marie’s mental health clinic. They were present the day the volunteers and clients were having a sale of jewellery and other small items which the clients had made during the regular Thursday afternoon workshops. The excitement of the clients and their pride in showcasing their handiwork was tangible in the room. At the end of the sale, there were refreshments and a time for socializing, both of which are important elements of their regular Thursday program.

Sister Sara Jiménez spends many hours working with the poor in “el campo”, in the countryside north of El Progreso. The people who live in that area mainly earn a living by farming and are among the very poor in Carabayllo.

The two Sundays we had the opportunity to attend Mass in chapels which had received assistance from the Marillac Mission Fund. The chapel in Villa Esperanza had received a special donation for the construction of the roof. The chapel in Fray Martín has a new look now that the exterior walls have a coat of bright blue paint.  During their homilies the priests at each of the chapels praised the work of Sister Sara Jiménez among the poor and the financial assistance of the Sisters of Providence of St. Vincent de Paul through the Marillac Mission Fund. 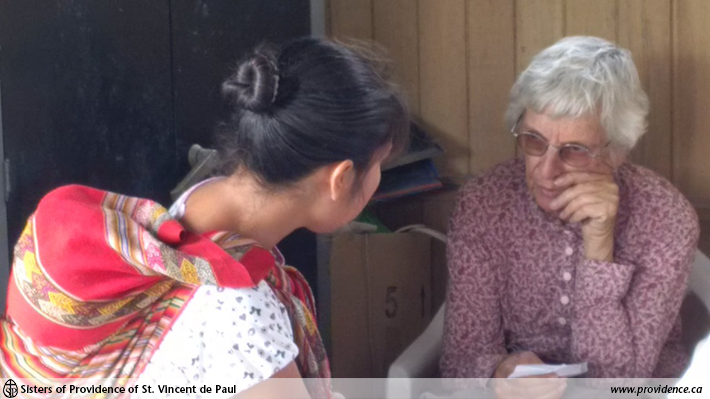 Assistance to the poor often involves time spent counselling. Sister Rose-Marie spends much of her time at the clinic in one-on-one meetings with those needing any kind of assistance: to access health and social services in the community, to receive financial assistance in paying for costly health services or costly medications, etc.

One concrete instance of assistance to the families in Fray Martín came in the form of used clothing. Sister Sara brought the box to the chapel in Fray Martín and the children in her catechism class were each given a piece of clothing plus extra clothing to take home to their brothers and sisters. 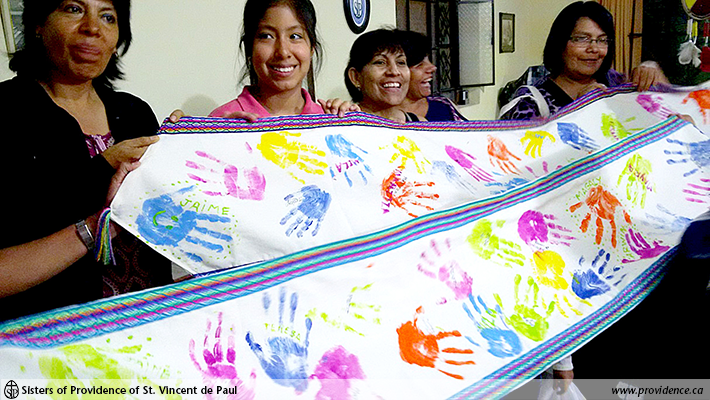 The Providence Associates in Peru support the ministry of the Sisters and are actively involved in the assistance to the poor both individually and collectively. Each September they offer assistance collectively to a poor village in the countryside. Sister Diane and I were present for their December meeting in which they reviewed and evaluated their year and made suggestions for their outreach activities in 2017. At the end of the meeting there was time for socializing and presentation of shawls to each of us. The shawls bear the handprints and names of the Peruvian Associates.

While we were in Peru, Sister Sara’s ministry in Our Lady of Guadalupe parish involved being responsible for a novena in preparation for the feast of Our Lady of Guadalupe. I was fortunate enough to accompany her to Torre Blanca one evening for the novena. The novena consisted of recitation of the rosary and Liturgy of the Word with Holy Communion. It was wonderful to hear Sister Sara’s homily on “Who is Jesus?”

An important element of our visit to Peru was the opportunity to meet with the students sponsored by the Marillac Mission Fund. Some of the students visited individually and we met with others in groups. These students meet regularly to reflect on Scripture and Christian values in daily living and what this means in their lives. It is very touching to hear their sharing on what matters in their lives each day.

The two weeks spent in Peru flew by all too quickly. I felt that I would have been happy to spend a longer time there in order to better know the people. All in all, I truly felt privileged and blessed to be welcomed so warmly not only by the Sisters and Associates but also by all those with whom I had opportunity to interact. I look forward to my next opportunity to visit. 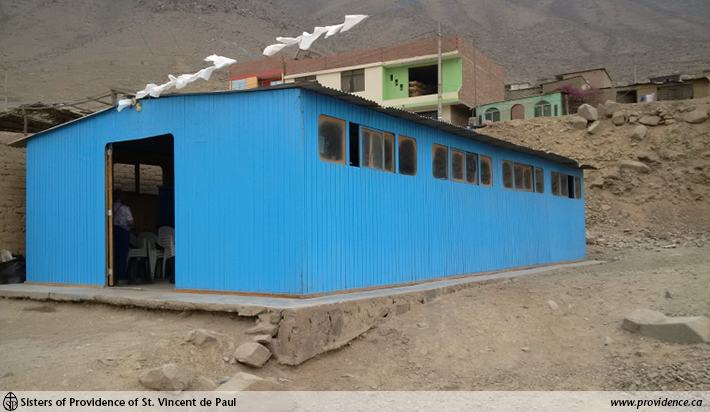