Visit to Peru for 50th Anniversary of Mission 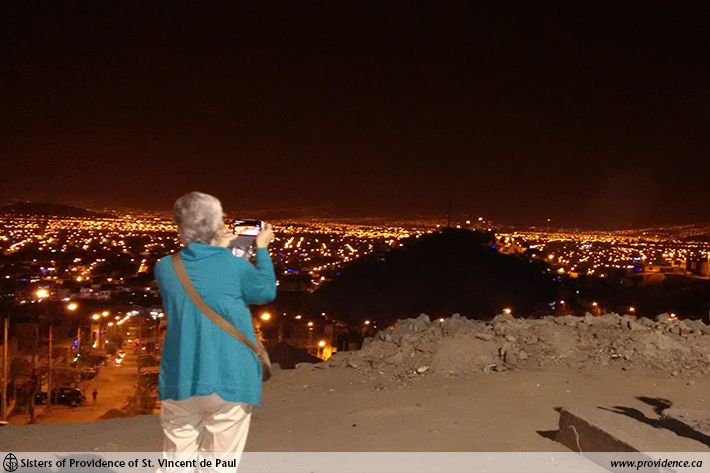 December 6-21, 2017 Sisters Sandra Shannon, Gayle Desarmia and Josephine Doiron experienced a wonderful two weeks in Carabayllo, Peru. The trip was a special one because it included celebrations to mark 50 years of ministry in Peru. Sister Gayle recalls highlights of the trip.

The first evening in Peru we accompanied Sister Sara Jiménez to Las Lomas de Torre Blanca for Mass. This Mass was held outdoors on the vacant plot of land that may one day hold a chapel for the people of Las Lomas. December 8, on the Feast of the Immaculate Conception which is a national holiday in Peru, we went to Mass at Our Lady of Guadalupe Church in Torre Blanca where 30 young people received their First Communion. The following Sunday, December 10, we celebrated the 50th anniversary of the arrival of our first four missionaries to Peru: Sisters Josephine Doiron, Rose Healy, Shirley Morris and Rita Moran. The Anniversary Mass was celebrated at Christ Light of the World Church in El Progreso and each Sister present had a special role in the celebration.

Two days later, on December 12 we returned to Torre Blanca to celebrate the feast of Our Lady of Guadalupe with the people of that parish. After the Mass the festivities continued outdoors on the patio with live music and refreshments. December 13 marked the 156th anniversary of the congregation’s foundation in Kingston in 1861. That day we took an excursion into Lima to visit an artist’s studio, shop at the Indian Market and have lunch at Café de la Paz. The next day we joined the festive celebrations at Sister Rose-Marie Bokenfohr’s clinic. This Christmas party featured hot chocolate and panettone which are seasonal favourites in Peru. That evening we made a second trip into Lima. This time we attended a trombone recital given by Sister Sara’s niece at the National University of Music.

The next day was Friday the 15th and Sisters Sandra, Sara and I took a ride in the countryside to visit the convent of the Little Sisters of the Poor located near Trapiche. Driving north of El Progreso the vista in the countryside is the opposite to that of going south, through the urban area toward Lima. The drive proved to be a pleasant change to the chaos of vehicles in the urban areas. On December 16 we celebrated Sister Sara’s birthday by going to Gio’s Restaurant in San Felipe. That evening the students sponsored by the Marillac Mission Fund came to the house for their Christmas meeting and celebration. In introducing themselves, the students inspired us as they described their programs of study and their hopes for the future.

On Sunday the 17th we went to Fray Martin in the countryside for a lunch that Sister Sara was having for Mothers and children.  The tiny chapel dedicated to St. Martin de Porres was transformed into a dining hall and all present enjoyed a delicious meal of chicken, rice, potatoes and Inca Cola.  The day ended with a gathering of the Providence Associates and Candidates in El Progreso. After introductions, prayer and reflection all had time to socialize over a delicious meal featuring chicken and pasta salad. For dessert we Canadians served maple cookies that we had brought with us from Canada.  The following morning Peruvian Associate Coordinator Carmen Alomía met with Sisters Sandra and Gayle to discuss the Providence Associate program and the future connections between Peruvian and Canadian Associates.

December 18 we had opportunity to meet with various health professionals. Associate Lourdes Alvarez hosted the event which highlighted Sister Rose-Marie’s ministry and her role in the development of healthcare in Carabayllo over the years.  On our final day we had lunch at a local restaurant, Chifa Felicidad that specializes in Peruvian Chinese food. That evening we went to the chapel in Villa Esperanza for an opportunity to meet with representatives of several Christian Workers’ Movement groups.

Needless to say it was a joy to be able to meet with the various groups that Sisters Rose-Marie and Sara are connected and to spend time with the people. Every evening gathering we attended ended with an opportunity to share food and visit informally. The last day of our visit was a quiet day with time to pack and prepare for our return to Canada just in time for Christmas. 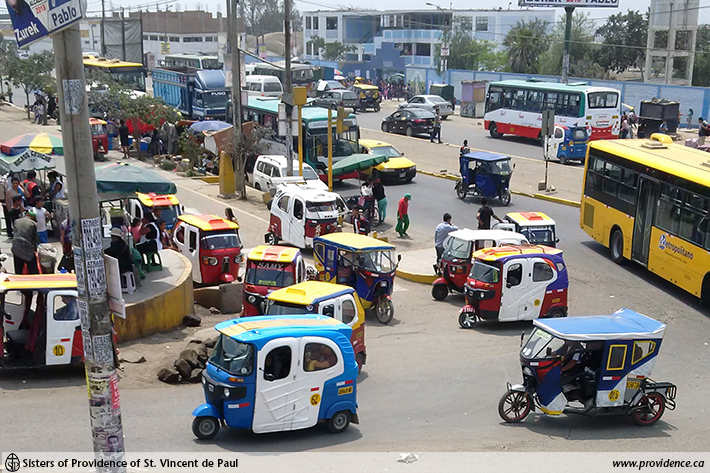 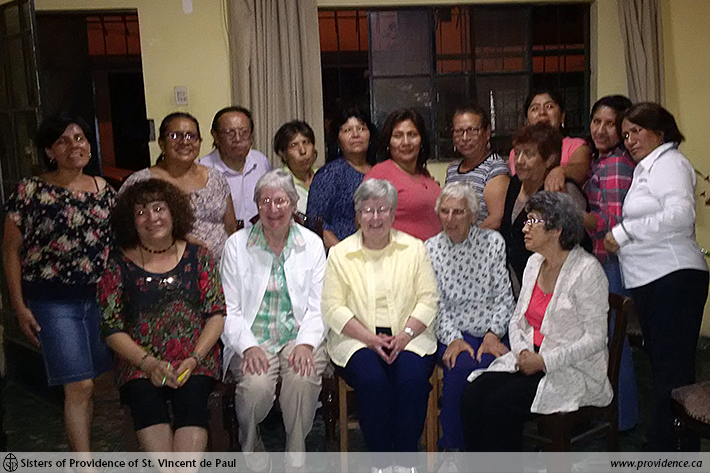