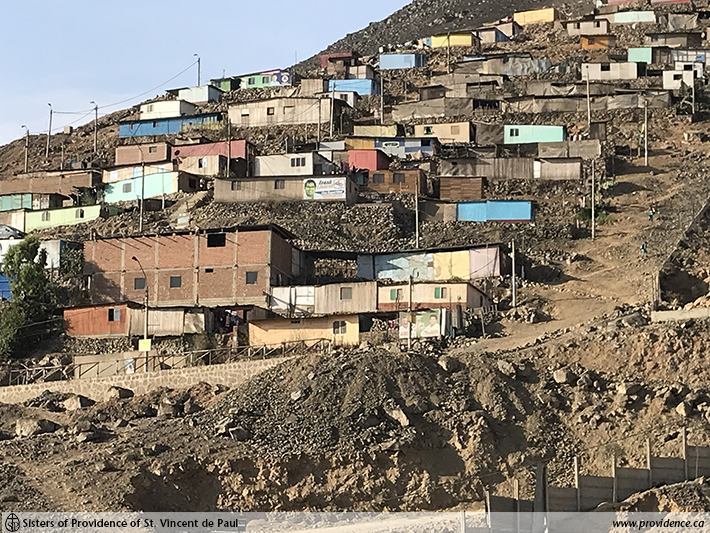 The sights, sounds and smells of Carabayllo and other areas were very familiar to me. If I closed my eyes, it was as if I was back in mission in Malawi. There are a lot of similarities but there are also a lot of differences.

The congestion with people, cooking on the sidewalks, locals selling their wares everywhere, the very active markets, dogs running loose and the poverty were all very familiar. What wasn’t familiar was the congestion with vehicles, especially the motos, and everyone (both men and women and sometimes children) greeting us with a hug and a kiss. They made me feel very welcome. I found people in Peru very open, with high levels of hope and resilience.

I was touched by many things I encountered in Peru, the poor, the celebrations, their up-beat music, the housing on the hillsides and how the hills lit up at night like stars shining in the sky as well as being able to witness the work that Sister Rose-Marie and Sister Sara have been and are involved in.

I think the highlight of my trip was visiting the Labyrinth, a Memorial, “The Eye that Cries”, located in Campo de Marte, a park in Jesus Maria, a district of Lima.

I found it overwhelming, to think of roughly 70,000 people (men, women and children) that were victims to violence committed by both the Peruvian military government and radical guerrilla groups.

Lika Mutal, a Dutch artist was hired to construct a place of memorial to the victims. A Labyrinth was executed by her. At the center of the Labyrinth is a black stone which Mutal discovered near a pre-Columbian cemetery. She felt inspired to call the stone “The Eye that Cries”. In the center of the sculpture, a small stone that takes the form of an eye continuously trickles water. The Labyrinth itself is composed of tens of thousands of oval shaped white stones, each bearing the name, age and year of death of a victim. I felt very honoured and humbled to have been able to visit this Memorial.

All in all, the two weeks in Peru was a very enlightening experience for me. The only regret I had was not being able to converse with the people in Spanish. I felt I missed out on a lot of opportunities to understand what was being said, to share and to ask questions. However, I am grateful for the translating that Sister Gayle and Sister Rose-Marie did for me and I am grateful for what I did get out of meeting the numerous people in Peru during the two wonderful weeks experiencing their culture. 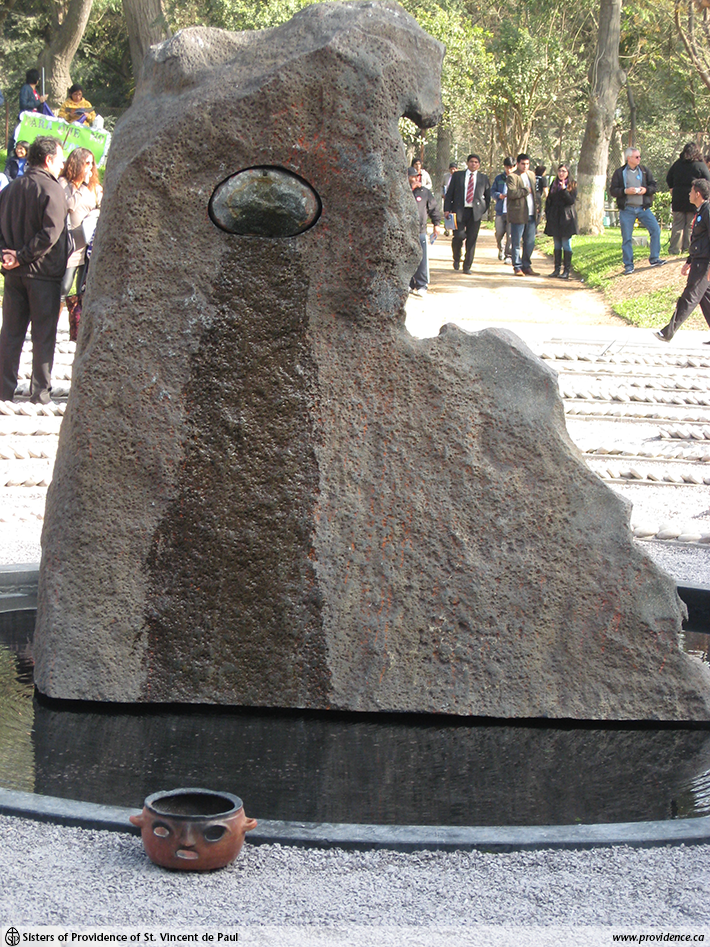