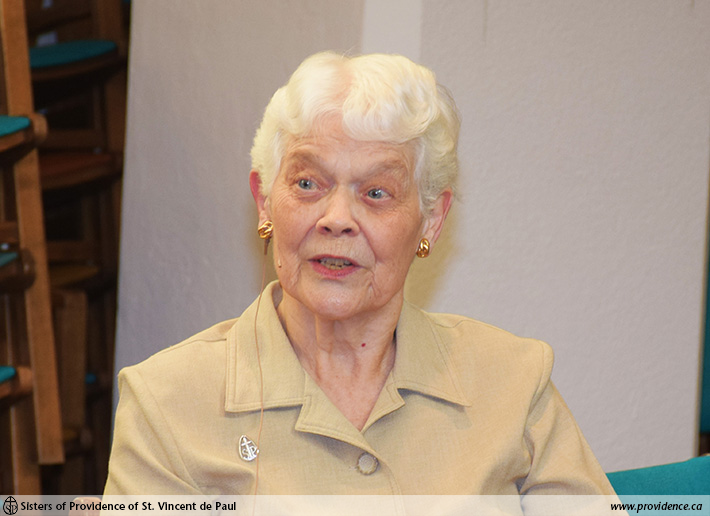 From February to April this winter, Sister Marie Dundon transformed the auditorium of the Motherhouse into an oasis of stillness and peace. Her Wednesday evening series, Kingston Meditates for Peace, was held in partnership with PeaceQuest.

PeaceQuest is a movement that started in Kingston to bring peace to the anniversaries of war, especially the years marking the centenary of the Great War. Its focus is largely outward – public events, school events, cultural events. But Sister Marie’s intentions were personal. Her sessions were to be about inner peace – the basis, she believes, of any deeper and larger peace. They were to be calm and focussed. And they were part of an international movement to meditate for peace.

She prepared carefully, finding photos and articles to use for her sessions. She set the room well – creating an interesting and peaceful atmosphere. And she chose music to centre the participants. She thanks them now for “maintaining the theme of inner peace throughout,” so that “each time, as one, we aided in creating an atmosphere of peaceful stillness.”

What Sister Marie found, as the weeks moved on, is that the more the participants focussed on peace, the more peace was experienced. Read that sentence again. Isn’t that exactly what you would expect? Now think about this: In focussing on peace, sometimes participants brought up war, violence, unrest and issues. They did this because those topics are what caused them to seek peace. But Sister Marie found that when the topic turned towards violence, so did the atmosphere and the ability to “be” peaceful. People got excited and worked up. She found that to be peaceful you had to stay peaceful, quiet and still, and she steered the meetings that way.

The participants enjoyed it. Barbara Jackson had never meditated before but was curious to try so she took her friend Mary up on her offer to come with. Her life is fast-paced and she enjoyed the experience. Sister Susan Pye had been to most of the sessions and appreciated the “goal of peace, going out from us into the world.” She also recognized how much work Sister Marie put into her preparation. David Best went to the last session to enjoy Sister Marie in action: “It’s wonderful to see her energy,” he said. “She’s an inspiration.” His wife Carole had attended numerous sessions and found it a chance to be inspired by others and their sharing. 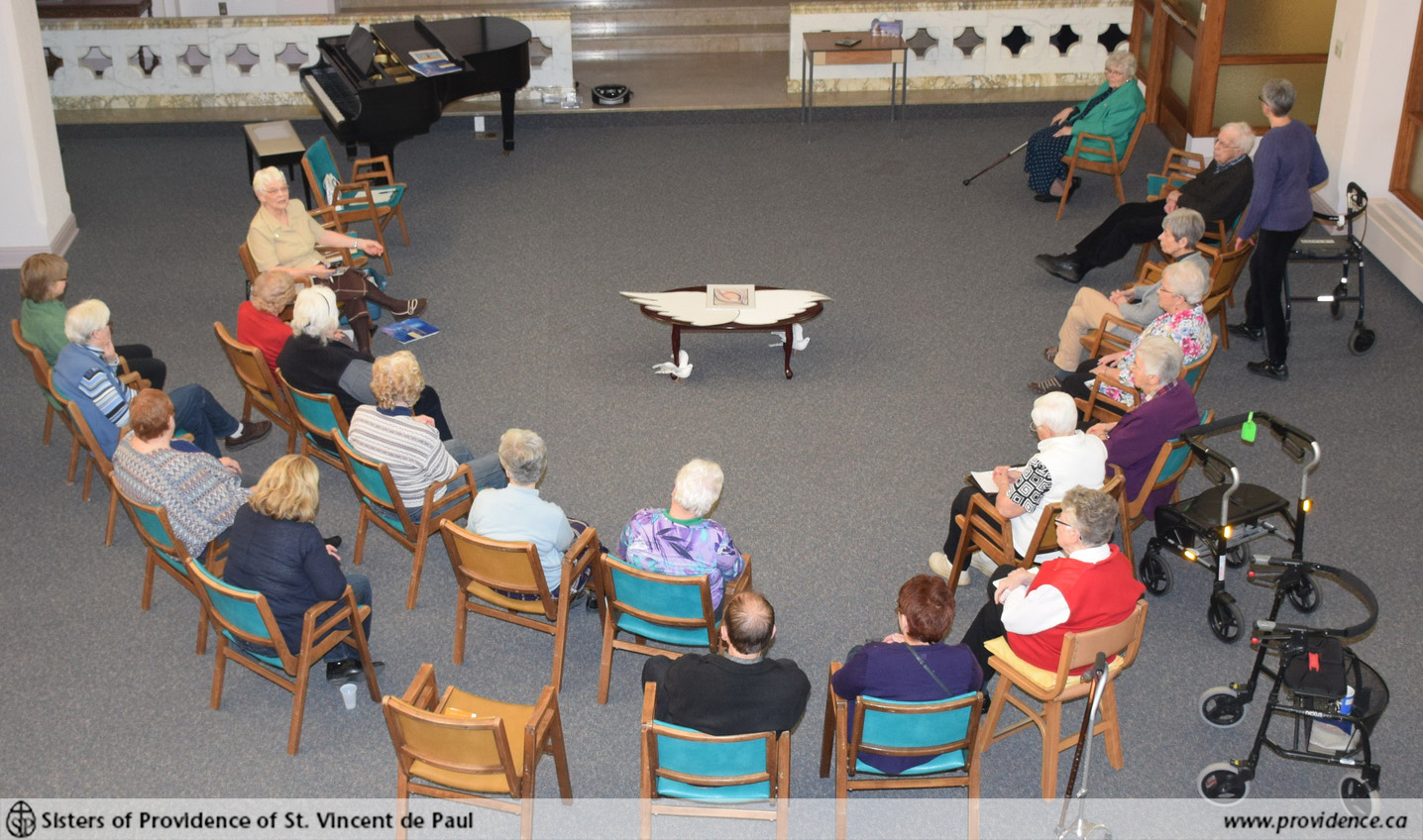 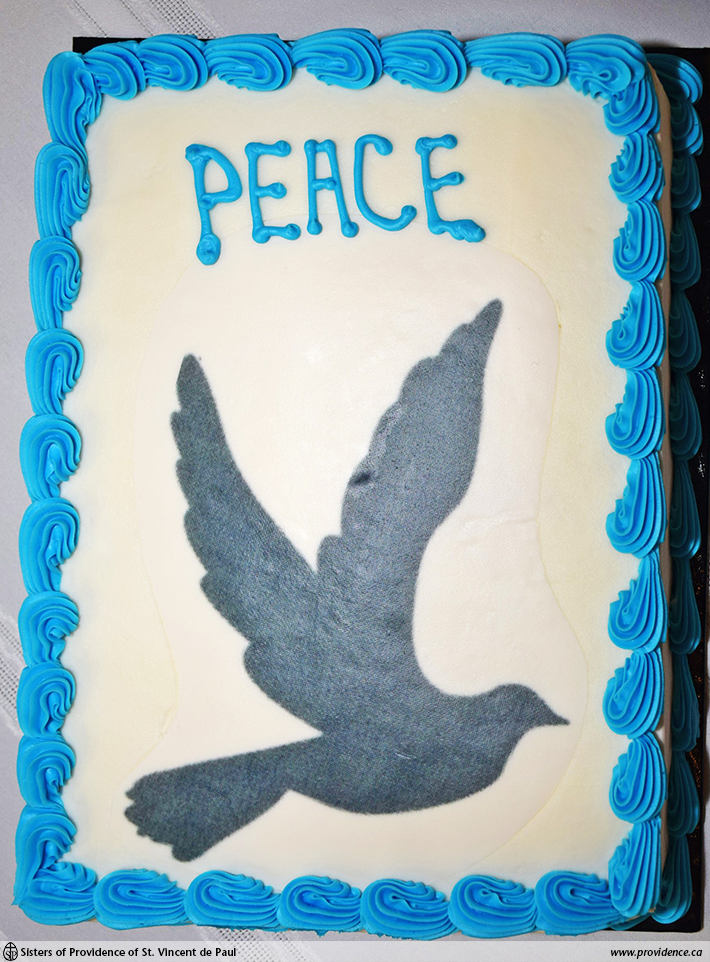 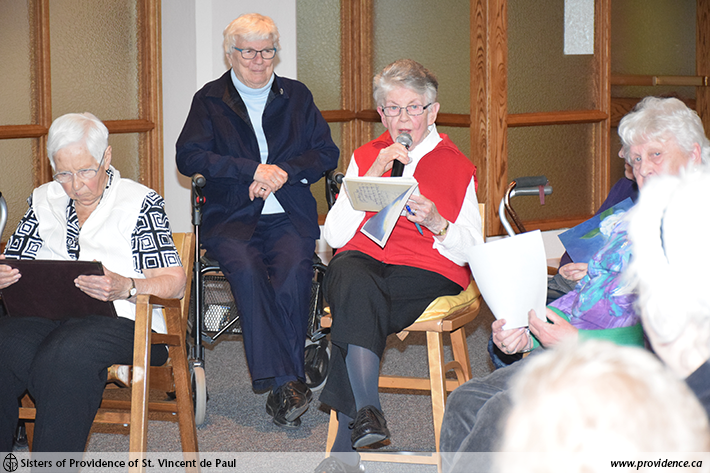 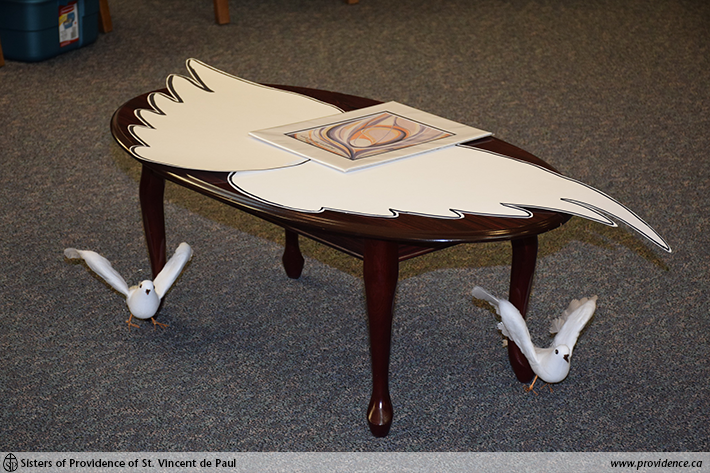 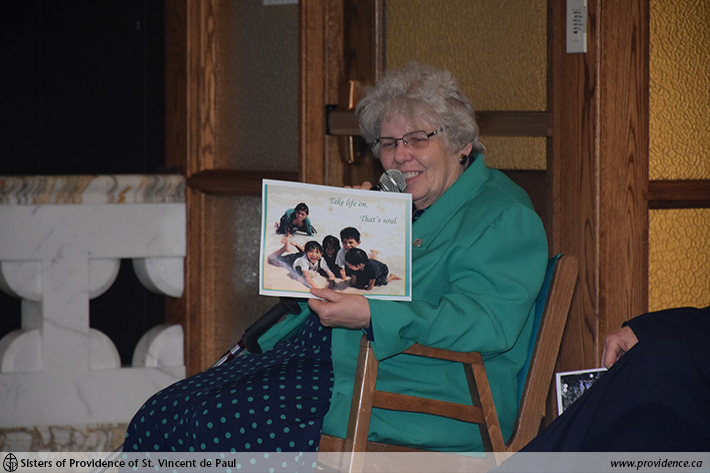