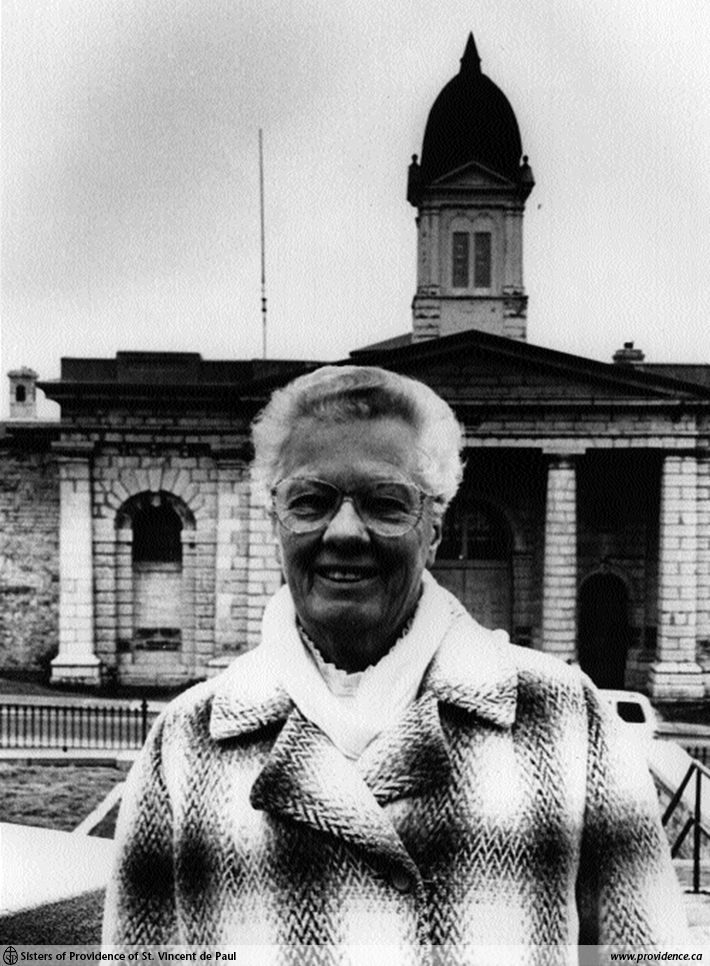 During her three-year ministry at Kingston Penitentiary, Sister Patricia Kelly has quietly made her presence felt among the administration as well as the men she counsels.

“Sister Patricia Kelly S.P. has been an outstanding presence at the Regional Treatment Centre in the Kingston Penitentiary,” says Father David Hale, director of Pastoral Care at the institution.

On a volunteer basis in 1993, Sister Patricia developed the pastoral care department at the Regional Treatment Centre, a psychiatric facility for as many as 100 federal inmates incarcerated in Ontario.

Says Father Hale, “She did such a good job the institution saw the necessity of having a chaplain on site.”

Hiring the new half-time chaplain — a first in the institution’s history — would have been impossible without the example set by Sister Patricia’s ministry to inmates of all denominations, says Father Hale.

Sister Patricia felt the salaried job of chaplain was best left to another, but she continues her prison ministry. Father Hale has asked her to develop a palliative care unit in Kingston Penitentiary Hospital. There she works with patients from Ontario correctional facilities who require 24-hour care, many of them with terminal illnesses.

Sister Patricia came to her prison ministry with a wealth of experience. In addition to being a registered nurse, she was a qualified director of pastoral care in three of the hospitals sponsored by the Sisters of Providence of St. Vincent de Paul.

In 1981, she received her Certification of Chaplains in Public Institutions from the Canadian Council of Churches. The following year she was granted the status of specialist in Institutional Ministry by the Canadian Association for Pastoral Education.

According to Father Hale, Sister Patricia’s personal strengths are as impressive as her credentials.

“Don’t let that quiet, unassuming manner fool you,” says Father Hale. “She’s very strong, as well as very loving. She’s firm but fair, and the men respond to that. They love her for it.”

While hers has been a demanding role, Sister Patricia speaks modestly of her contribution.

“This has been — and still is — a rewarding experience as a time of spiritual growth for me,” says Sister Patricia. “The success I have accomplished is due in great part to the support of the Kingston Penitentiary chaplain, staff at the Regional Treatment Centre, and the inmates as well.”

“I try to be a caring person who sees them as people,” she says. “I sympathize with them, pray with them, sometimes I’m just somebody to talk to.”

Her greatest strength, says Father Hale, “is her ability to love in this context. That’s really what she is doing — and that is what palliative care is really all about, being a friend to them, so they are not journeying alone.”