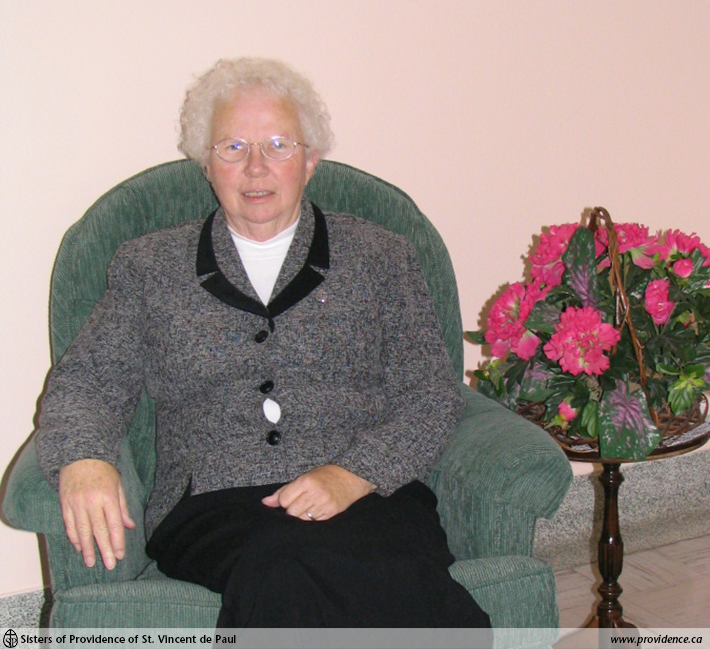 When Sister Sheila Brady arrives for her weekly visit at a Kingston area prison, an inmate announces “the quiet flame has arrived.” Sister Sheila found a new direction in life after a two-month retreat at a prayer center in Arizona in 2000.

The sabbatical came after a five-year term on the Leadership Council of the Sisters of Providence. Not knowing what life held, she reached out to God for inspiration. Sister Sheila thought a great deal about her gifts in those two months of quiet refection and prayer. She narrowed it down to three—hope, joy and peace. Building on these gifts, she carved out a future in prison ministry.

Sister Sheila embarked on her new mission with a renewed sense of life. What does she say to her detractors? “I’m happy doing God’s work, and carrying on the mission the Sisters of Providence first began in 1861.”

Spending her time at three federal institutions, including Bath, Frontenac and Pittsburgh, Sister Sheila provides a listening heart to murderers, sex offenders and others. She first got involved at the medium security Bath Institution after an invitation by the Chaplain and encouragement from Providence Associates Carol and Bill Groten. She admits to feeling nervous initially. Five years in, the fear was replaced with a sense of belonging. “It’s where God wants me to be.”

Sister Sheila’s weekly involvement with the inmates consists of an initial greeting, Mass and socializing. “I have never felt so comfortable. It’s just like meeting with my brothers,” says Sister Sheila. Bible sharing among inmates at Bath, in addition to shared homilies, have emerged as Sister’s favourite experiences. It draws out deep sharing of pain and alienation and ultimately healing.

This quiet woman cares deeply about the men she assists. For years, she drove a big blue van on Sunday mornings escorting inmates from Pittsburgh Institution to Mass in the Chapel at Providence Motherhouse.

In ten years, Sister Sheila has witnessed stories of hope and desperation. She recalls the story of Peter (not real name) who asked her for guidance. Sister escorted Peter weekly to St. Mary’s of the Lake Hospital meeting with a man suffering from Parkinson’s disease. An avid philatelist, Peter helped the patient organize his stamp collection. The two men continue to correspond.

Another man, who resides in an apartment in Kingston, turned his life around. Walter loved to cook and each week, prepares delicious homemade soup for In From the Cold, a Kingston homeless shelter.

Sister Sheila shares a sad story about an aging inmate in poor health who was released from prison but whose past crimes made it difficult to find an apartment because the community discovered he was living in their area. He eventually ended up in hospital, dying of pneumonia. Sister Sheila and another Circle of Support member were at his side.

Sister Sheila is well qualified. She attends and facilitates workshops, helped train volunteers eager to enter the prisons, and participates in support groups for ex inmates adjusting to life in Kingston.

A humanitarian, Sister Sheila draws on her vast experience as a nurse and hospital administrator. She brings compassion and hope to men living behind the imposing prison gates, and to those beginning a new life in society.