The death of John the Baptist and the misuse of power 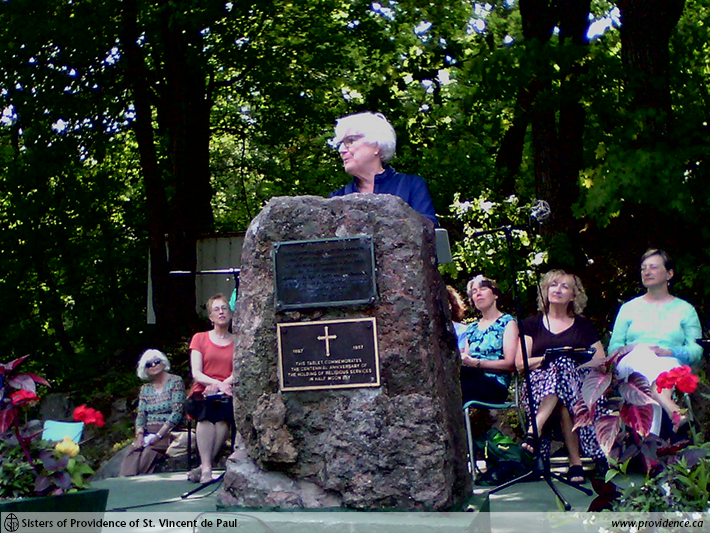 Half Moon Bay among the 1000 Islands

How happy I am to be with you once again.  What a privilege it is to be asked to conduct a Sunday service that holds an over-100 year old tradition in such a beautiful bay.  But what a passage upon which you have given me to reflect.  I did not find it easy.  The death of John the Baptist.

Now Jane did say in her email that I could change it.  Then I thought, no I think I’ll take the challenge as presented.

Who was this John the Baptist? First of all, he was related by blood to Jesus.  Their mothers were cousins. It was to John’s mother, Elizabeth that the very young Mary, the newly pregnant mother of Jesus-to-be, went with haste after learning of her pregnancy for comfort, assurance and guidance from Elizabeth, as well as to help her aging cousin who also was with child.

The baby, developing within the womb of Elizabeth, the Baptist-to-be, recognizes Jesus in vitro for his mother proclaims to Mary, “At your greeting the baby within me leapt for joy.”  What a profound connection!  What an early, early awareness.   Awareness is always key.  Everything prophetic and true and just and kind begins with awareness.

In our gospel story today even Herod has some keen and insightful awareness about John the Baptizer.  He is fascinated by him, by his teaching and his integrity.

But his new wife, Herodias, is not! She hates him for John has challenged her marriage with Herod.  “It’s not lawful for you to have your brother’s wife.”  John spoke truth to power and was imprisoned for it.

The opportunity for revenge came at the banquet, which seems to have turned into a rather drunken affair.  When her daughter danced before the king and his courtiers, Herod was enthralled with her and her dance.  He was fascinated to no end and to prove it he told her to ask for whatever she wanted – even half his kingdom – and he would grant it.  What a stupid thing to say!  Where was your head, Herod?

Being a dutiful and no doubt surprised young lady, she approached her mother for advice.  Her mother knew exactly and immediately what she wanted.  Now is my chance for revenge.  “Hell hath no fury like a woman scorned.”  A great opportunity to get even with that ridiculous prophet languishing in their prison.  We’ll show him.  Get ready to meet your death, John.

So the young dancer buoyed by her mother’s fury and jealousy boldly and brazenly asked for the head of John the Baptist, and get this, to be presented on a platter to all assembled, no doubt to show that it actually happened.

Poor Herod.  He must have been quickly pulled out of his stupor for he was “deeply grieved” by such a request.  He realized he had gone too far.  He had boasted and bragged with his court as witness.  He was caught in a dilemma.  He definitely did not want to kill John the Baptist whom he both admired and feared for he knew he had courageously spoken the truth to his way of life.  Herod was a believer of the Jewish faith and he was worried, but it seems that he was more worried about the wrath of his woman.

So this proud, but no too powerful, king gave in to the whim of a young girl.

Does it not remind you of Peter who did the same once, when after Jesus’ arrest, a young girl in the courtyard challenged him about being a disciple of Jesus, to which Peter flatly denied?

And might it not also remind us of Pilate, who found no cause for the death penalty for Jesus and could have prevented his death, but instead turned him over to the Jewish authorities for crucifixion?

Both powerful (to a point) men – Herod, Pilate, and Peter – weakened in the face of “saving their good names” so to speak and they knew it.  What a burden to bear.  A very difficult position to be in.  Our leaders of both church and state need our support and our prayers so that they can courageously remain grounded in their beliefs and be true to their values of truth and justice.  It can’t be easy being a public leader today.  It takes great wisdom and fortitude to act out the quest for goodness and truth.

I’m sure the presentation of the bloody head of John the Baptist broke the party mood at the banquet that night.  In the end, no one wins.

It is inconceivable to believe that times really haven’t changed much, as we hear and even witness, if one goes to YouTube I understand, of the beheadings of some today.  Just for being a Christian! As well as journalists, foreign nationalists and others who reveal national injustices like Amos of old in the first reading.

One country that is executing by beheading, often preceded by torture and in shameful trials with inadequate legal and translation support,  is a country to which one of our Canadian companies with the backing of our present government, is actually boasting about selling death machines in a multi-billion dollar deal.

Canadian law bans arms sales to countries denying human rights to its citizens.  However, today we have become selective regarding such diplomatic relations.  Annual reports regarding Canadian arms exports are no longer available to the public.

Thank God for some knowledgably and brave Canadian journalists, Amnesty International and Project Ploughshares that can keep these hidden truths before the public.

Not a pretty picture to present on this glorious Sunday afternoon in this beautiful place on a river that unites our two neighbouring nations.  (OR the weather even seems to be cooperating with its gloom about the Gospel on this cloudy day.  Not pretty pictures.)

One – John’s beheading, took place long ago and far away.  The others took and are taking place not long ago and really not far away.  In today’s world of instant communication and globalization we realize more than ever we live in one big global village deeply connected.

What can we do?  First, be aware of what is happening in our global village; deplore the beheadings, the taking of any life. Mourn.  Pray for their families.  Write knowledgeable and challenging letters to the government.  Pray for our public leaders and those in positions of decision-making that they remain faithful to the principles of truth and justice.  They must be held accountable.  Financially support peace and justice and environmental groups.  Believe and rely on the mercy of God.  And above all, continue to live in awareness that we are truly one – all brothers and sisters on the beautiful planet we call home. 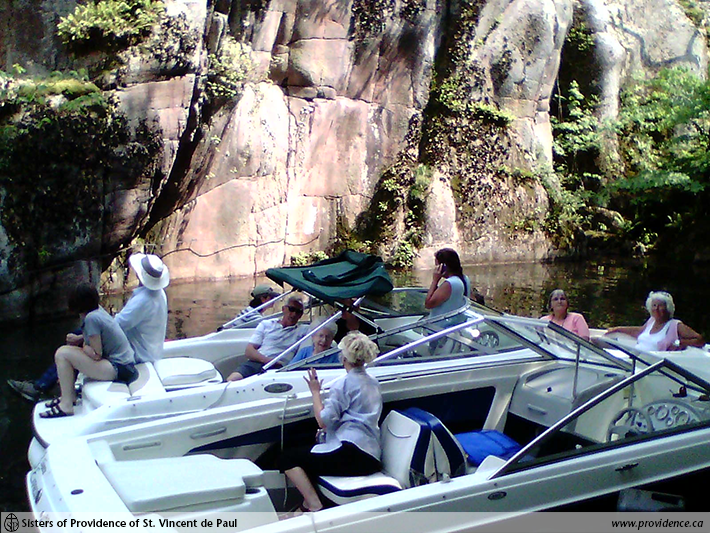